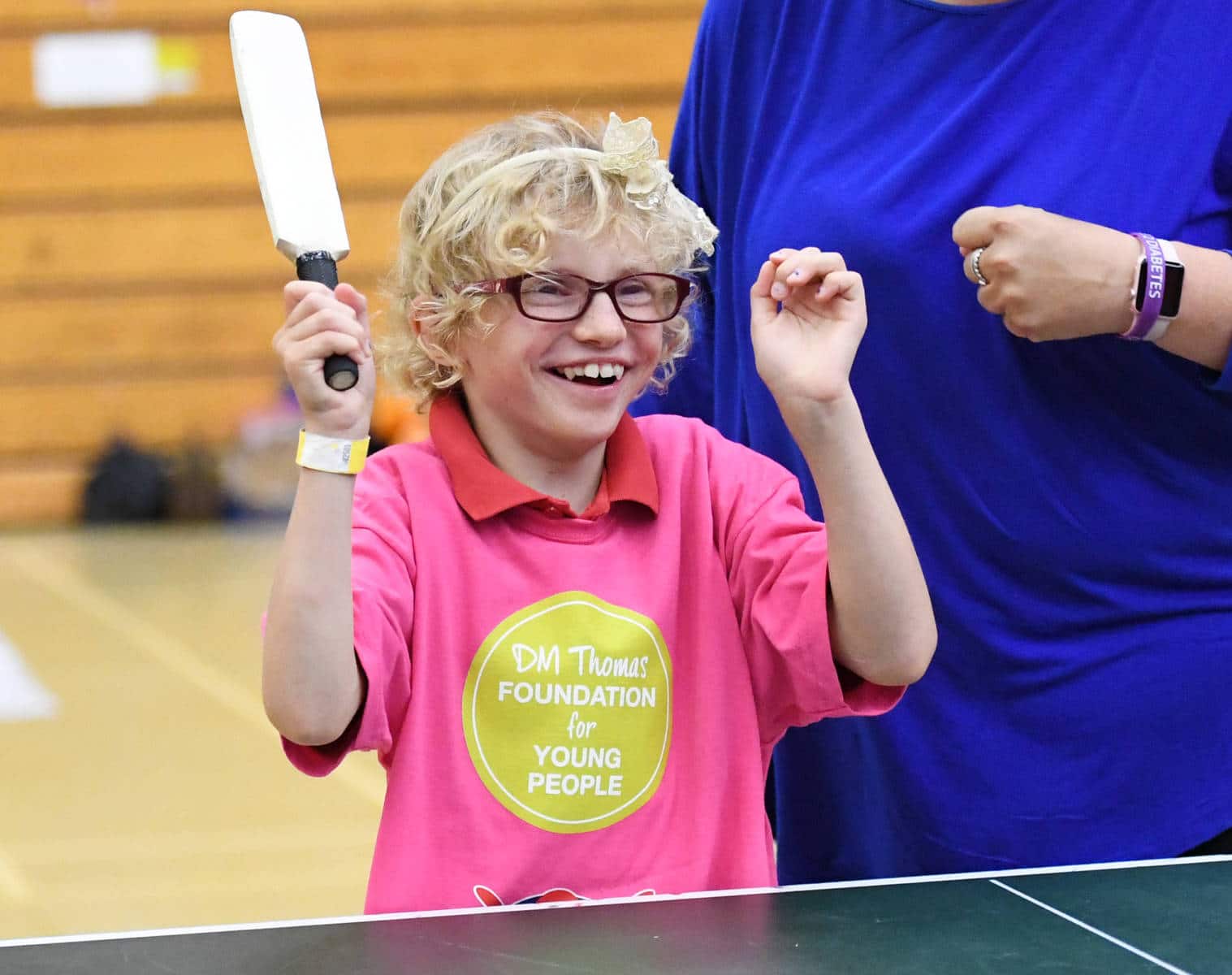 The DM Thomas Foundation for Young People has left a wonderful legacy for thousands of Panathlon competitors after the organisation sadly closed down after 20 years.

The Foundation, which provided funding for a wide range of programmes for disadvantaged young people, enabled Panathlon to create our primary-age programme, as well as accelerating the growth of our Xtend initiative.

Our primary programme plays an absolutely vital role in giving younger disabled and SEN pupils their first introduction to the many benefits of competitive sport – an experience which many of them are often otherwise denied.

Our partnership with DM Thomas Foundation dates back over a decade to before the organisation changed its name from the Hilton in the Community Foundation in 2015. We worked together on several community and fund-raising initiatives such as Around the World in a Day , a Christmas party for Panathlon participants and co-organising work experience for young people at Hilton Stanstead Hotel. Hotel staff from London, Stanstead and Cambridge have also volunteered at Panathlon events.

In both its guises as Hilton in the Community and DM Thomas Foundation, the organisation has pledged over £30,000 in total to support Panathlon’s delivery of primary and Xtend programmes.

That support enabled us to hold over 200 primary Panathlon competitions per year, giving more than 12,000 primary-age competition participants every year a precious opportunity to represent their school at sport, often for the first time.

Our primary swimming programme, also supported by DM Thomas Foundation, gives many younger children an introduction to the sport, raising their water confidence and giving them a first taste of competition. Pre-Covid, over 4,000 young swimmers participated in over 180 swimming galas each year.

Participants love the Foundation’s ‘Ducks for Change’, floating rubber ducks and storybooks which help inspire water confidence across the country.

Speaking of the Foundation’s closure, its Executive Director, Simon Sheehan, said: “It’s a real shame as we have been fortunate to have worked with some amazing charities, such as yourselves.

“Panathlon has always held a special affection for me. As a long-term partner what a legacy we have built together. The Primary Panathlon has had dramatic results and so many children now have the opportunity to be involved across England and Wales.”

SEN pupils at mainstream Foresters Primary School in south London were just some of the thousands to benefit from the Foundation’s support.

“This is such a great opportunity. The children absolutely love it, it’s wonderful,” said Foresters sports coach Vea Billin, after her team won the London Primary Swimming Final in 2019, held at the London 2012 Aquatic Centre.

“We have a lot of sporting opportunities for our mainstream children but not as many for our special needs kids. I have to say if it weren’t for Panathlon these children from our autism base wouldn’t be doing a lot, especially competitive sport.”

Robinswood Trust in Gloucester is another of the many schools to have benefited directly from DM Thomas Foundation’s funding of our primary programmes. They won Panathlon’s second National Multisport Primary Final at the Copper Box Arena in London in 2019.

“It’s been phenomenal,” said Stewart Radcliffe, a teacher at Robinswood. “To represent the school at this huge arena is excellent for our children who don’t tend to participate in any other sporting events. It helps them concentrate and boosts their self-esteem massively.”

The Foundation’s support for our Xtend programme has helped us fill a proven need to cater for Key Stage 3 students with disabilities and special needs whose participation can drop off when they move from primary to secondary education.

Jayne Dowse, mother of a pupil at Riverside School in Hull, couldn’t hide her delight after watching her son compete in a Panathlon Xtend competition.

“What a great event. My son couldn’t wait to represent his school today. He normally just plays football, but to be engaged with so many new sports and feeling the great atmosphere within the hall this event generated has truly been great as a parent to experience,” she said.

Tony Waymouth, Panathlon’s Chief Operating Officer, said: “Everyone at Panathlon would like to offer a heartfelt thank you to DM Thomas Foundation for their support, which has given so much joy and fulfilment to thousands of Panathletes.”