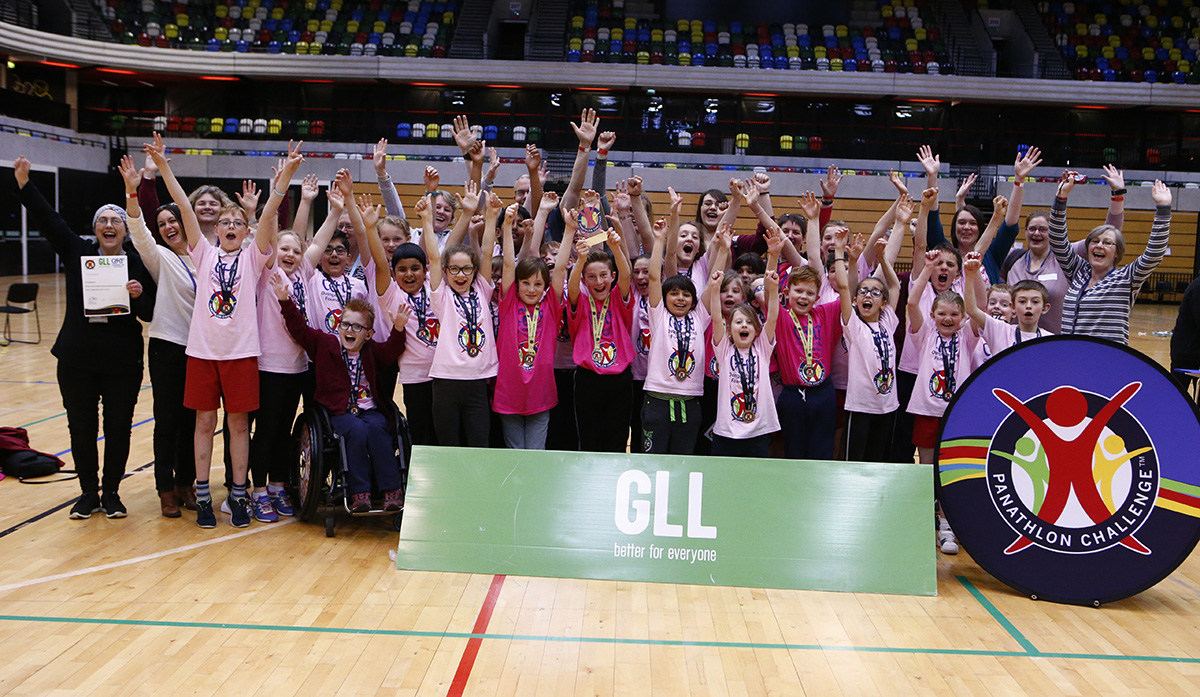 Mary Hare School triumphed in their maiden Panathlon event – winning the primary competition at the Southern England Deaf Boccia Championship at the Copper Box in London on Thursday (April 4).

The Newbury-based school, one of the largest in the country for the deaf and hearing impaired, had five teams representing the school and boasted two sides in the semi-finals. Mary Hare Team ‘F’ went on to beat Laycock Primary School 6-2 in the final.

Teachers and pupils could barely control their emotions when awarded their medals. Many of the children were visiting the capital for the first time.

Her class teacher, Elaine Job, was ecstatic with their performance: “Getting two teams into the semi-finals is fantastic. Sport is really important to our kids – activities like this and mixing with other schools has been superb. 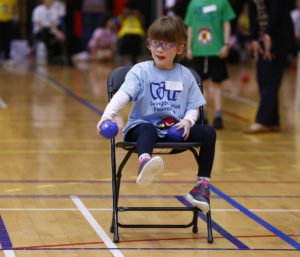 “Because it’s our first time, we didn’t know what to expect but it’s been a really relaxed environment for the children to enjoy.”

Asked whether she would like her school to take part once again, Elaine did not hesitate: “Yes, please!” The school’s assistant headteacher, Jody Lewington-Long, was thrilled with their debut victory and shared Elaine’s view that they would love to come again.

“Some of them have not even been in London before. They have had an absolutely wonderful time, being able to do this opportunity here.

“Quite a lot of our children are boarding so to go home tomorrow to their parents and show them what they’ve won is quite an achievement.”

Runners-up Laycock Primary School, from the London Borough of Islington, remained in terrific spirits despite coming up short in the final. Dave Bateman, a P.E. adviser, was supporting the school from Islington Council and was amazed by how quickly the students got to grips with the sport.

“It’s been really enjoyable. It’s been great for the kids to come to such a grand facility and play other schools.

“I think they are hooked on it – they had not played before today. Our sports coach decided to pick people who haven’t played before in an inclusive manner and it has paid off.”

Diane Updraft, lead teacher of the deaf at Rushey Green – who had two teams at the Queen Elizabeth Olympic Park – believed the experience for her pupils was “invaluable”. 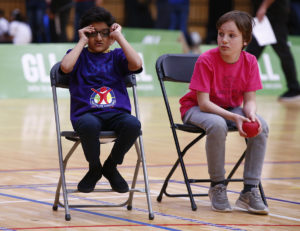 “The opportunity for a variety of deaf young people to mix like this is invaluable,” Diane said. “So many deaf children are in mainstream schools and don’t get to meet other deaf people.

“To come to an event like this, where it is deaf-friendly, they can just relax and enjoy the event. It really empowers them to participate with their whole hearts.”

An elated Rushey Green pupil, Keira Delasalle, 11, said she had the “best day ever!”

“Everyone is caring for each other and even though people want to win, they are happy for others,” added Keira. 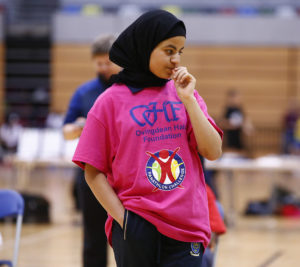 Students from Barking Abbey School, ranging from Year 10 to Year 13, were the Young Leaders for the event, and received numerous plaudits for their seamless organisation and going the extra mile for the participants.

“I’ve been particularly impressed by the Young Leaders here today who have been adjudicating and making it run brilliantly,” said Bateman.

We would like to thank Ovingdean Hall Foundation for supporting the event and our overall deaf programme, as well as GLL. 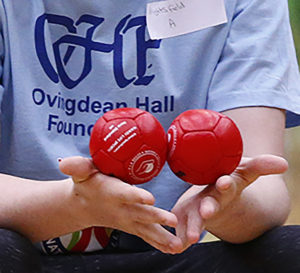