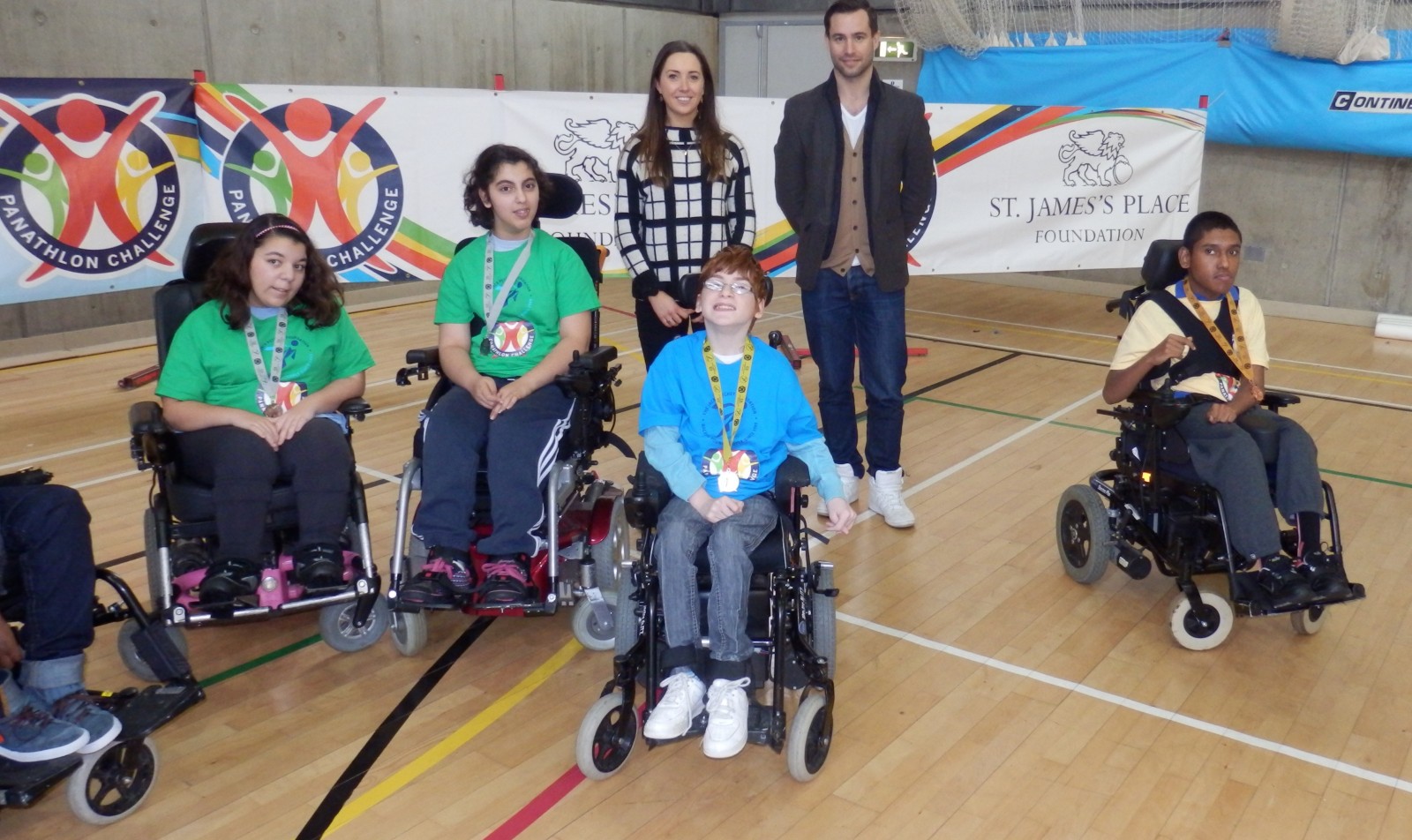 Today Panathlon started the London Multi-Sport season with our first competition of the year at Clissold Leisure Centre in Hackney. This years competition winners will go on to the final held at The Copper Box come June. After a closely fought competition, with only 6 points separating the top 3 teams the winners were Hackney & Waltham Forest who will go through to the East London Champions Final and Islington & Tower Hamlets to the East London Plate competition.

There were two outstanding performances of the day that will enter the Panathlon Book of Records: Hackney’s unbeaten Boccia team scored a 6 – 0 end in their third and decisive end against Waltham Forest, previously after the second end the teams were tied at 1 – 1, and, Abdi from Islington’s Powerchair Slalom time of 26 seconds putting him second overall in the fastest times ever.

This is what the Panathletes from Brookfield House in Waltham Forest had to say about today’s competition,

Henrique, “I enjoyed the race!””
Calvin, “I’ve had a GREAT time.”
Neriman, “Our team has done well!”

“Students always have fun at Panathlon. The competition is played in a competitive but supportive atmosphere. It is a great chance for our pupils to meet students from other schools through sports.”
The Tower Hamlets Teacher

“It was great to see the tenacity these children demonstrated. They proved they were not limited by their disability.”
Yaqub, Panathlon Official from The Petchey Academy said,