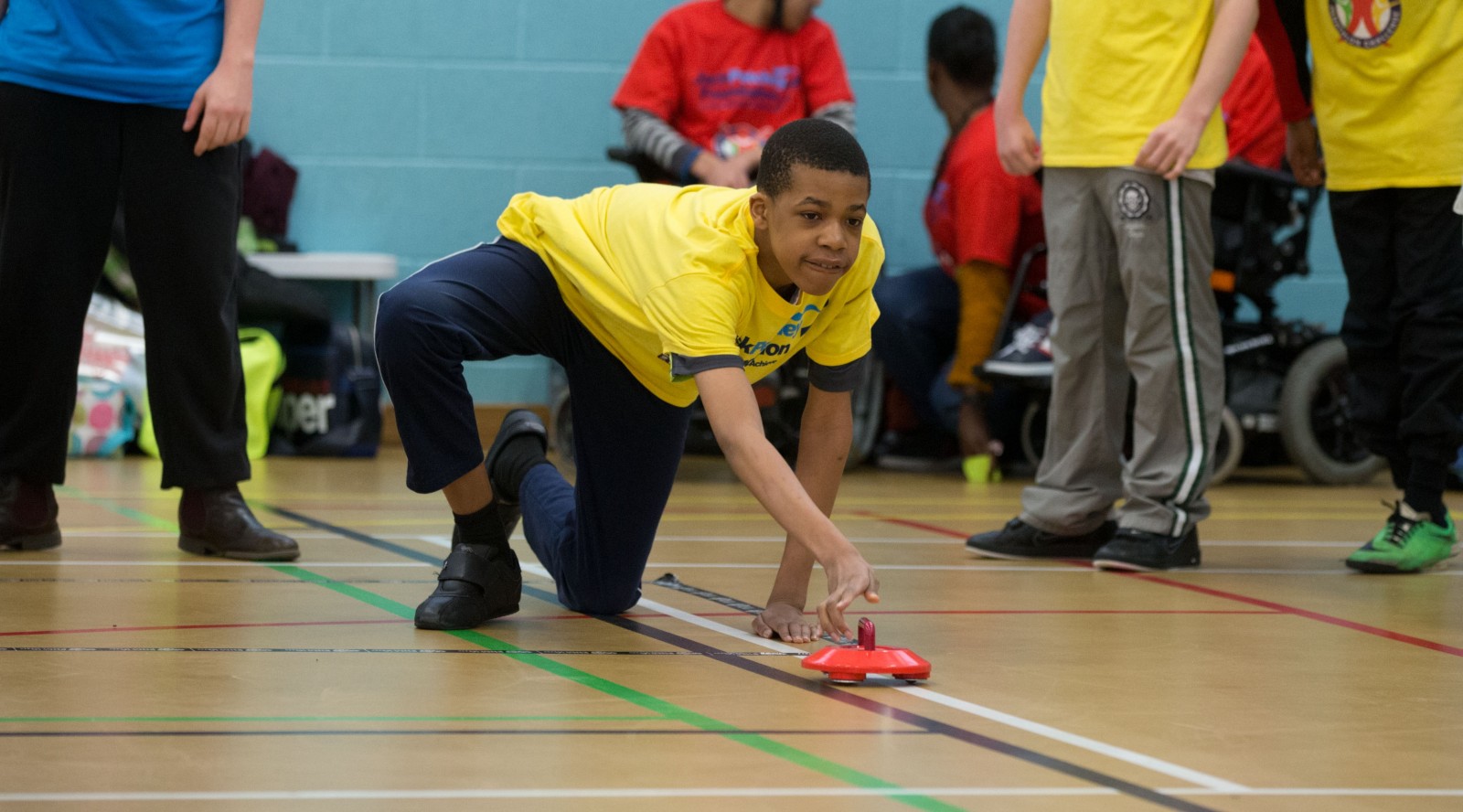 The Panathlon London finals line-up is now complete, with Barking & Dagenham and Newham filling the last two spots at the Copper Box Arena this June.

Barking & Dagenham retained their east London title at UEL Sportsdock to book a place in the end-of-season Olympic Park showpiece, where they will face Croydon, Hammersmith & Fulham and Sutton for the right to be crowned 2015 Panathlon London champions.

Joining them at the Copper Box will be east London plate winners Newham, who will face Kensington & Chelsea, Brent and Wandsworth in the London Plate final.

With triple Paralympian Helen Turner watching on, 170 pupils from 20 schools took part in the east London finals, with Barking & Dagenham retaining their east London crown to secure a finals place at the Copper Box for the second year in succession.

“We’re ecstatic for the kids. They’ve deserved it,” said Luke Hammatt, PE teacher at Trinity College. “All the hard work they’ve put in through the year to this point, it means a lot. It’s amazing for them.

“It was a very close competition today, some of the games were amazing. Very, very close. It’s the best competition there’s ever been, which makes it even more special for the kids.”

Gold medals in new age kurling, polybat and field athletics helped Barking & Dagenham (51 points) to the title, but they were pushed all the way by 2014 London plate winners Redbridge (49) who won gold in boccia and table cricket, with a consistent Hackney side (38) in third, ahead of Islington (30), who won silver in the field athletics. See a full breakdown of results from the champions final.

It was drama to the end at the top of the table. With Redbridge needing to win the final event of the day to either claim the title or force a draw and countback, the two teams couldn’t be separated over six relay races, which kept the margin at two points and ensured a delighted Barking & Dagenham returned to the final.

In the plate final, a consistent performance from Newham saw them win four events – table cricket, new age kurling, polybat, field athletics – on their way to the title with a total of 52 points.

Behind them were boccia winners Havering (44), athletics relay winners Waltham Forest (42) and Tower Hamlets (30), who won silver in boccia and bronze in table cricket. See a full breakdown of results from the plate final.

The victory will provide Newham, who finished second in the London final in 2013, with their first taste of a Copper Box final, having missed out at this stage last year.

“It feels brilliant,” said Rebecca Cavanagh, aged 15, from Eastlea Community School. “I’m glad we won. It feels like all the hard work has paid off and I’m just proud of the whole team in general.

“I’m so excited to be going to the Copper Box. It’s a big honour. When I get older I want to be in the Paralympics and it feels like I’m one step closer to that dream.”

Beverly Shillingford, an inclusion team leader at Langdon Academy, said: “It’s fantastic. The kids have earned it. They’ve worked really hard and they deserve it. It’s a fantastic feeling. A great sense of achievement. Copper Box here we come!”

“It will be fantastic for them to get a chance to compete at an Olympic and Paralympic venue. It’s great for the kids and it’s great for Newham.”

“Loads of fun, loads of energy and some really close competition. It was brilliant. This is the London 2012 legacy happening right here. This is what we’re doing.

“It’s a legacy where you don’t forget that everybody can play sport. Everyone’s enjoying it. This was part of the bid for having the Games and it’s important that it continues.”

Big thanks go to the sports degree students at the University of East London (UEL) who were trained by Panathlon recently and then performed their duties as Panathlon officials today with great skill and enthusiasm!