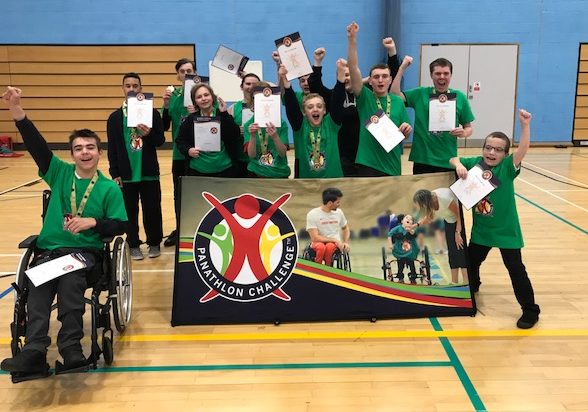 Two teams from Essex made up from Harlow Fields School and a joint team from Beacon Hill & Treetops Schools, were joined by Granta School from Cambridge and another joint team of Amwell View, Lonsdale and Breakspeare Schools from Hertfordshire and were all competing for the overall East Region Championship.

In the end Harlow Fields were victorious winning their first regional title, amassing a total of 52 points, 4 clear of Granta from Cambridge in second and previous winners in third place Beacon Hill/Treetops with 42. The joint team representing Hertfordshire came in 4th with a total of 26 points. A full breakdown of the scores can be seen here.

Charlotte Turner, Team Manager for Harlow Fields said, “I am very proud of the students achievements today. After taking part last year, the team have really put a lot of effort in practising and have made huge progress in all of the sports.“

Carlo, a competitor from the victorious team said, “I’m really proud of all my teammates today who have helped us win and become East Regional Champions 2019.” 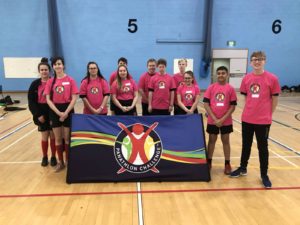 Our Young Leaders today were once again supplied by Burnt Mill Academy in Harlow and they did a great job. Shaun, one of those young leaders said, “It was a really enjoyable day and great to see how competitive it was.”

Brandon Mullin, vice principal of Beacon Hill Academy – part of the Thurrock team that came in third said: “We are very proud of everyone who took part. They always show great spirit, try their best and compete in the right way. We have supported Panathlon for many years and the young people just absolutely love it.

Some of the young people might not play sports when they leave school, so this is a great opportunity for them and a great chance to be part of a team and compete with other schools.

It was great joining up with Treetops. The students get a lot out of mixing with other schools and making new friends, while the staff can also create stronger links too.