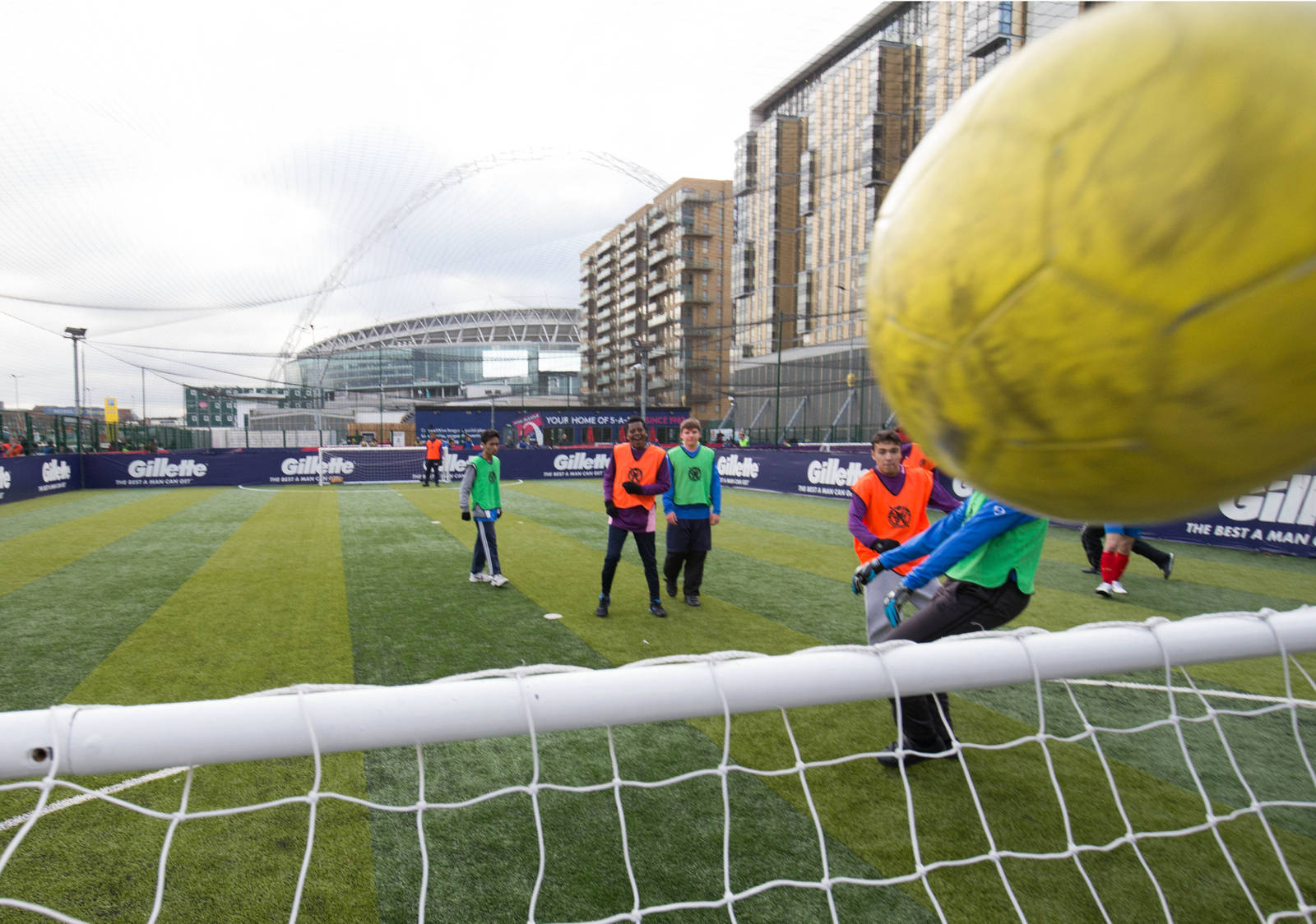 Enfield lifted the Panathlon Football Cup in an incredibly close Champions Finals at Wembley Stadium Powerleague in the shadow of the iconic arch.

The Champions Finals involved 118 young players with disabilities and special educational needs from 11 London schools who had all battled through qualifying. There were 48 matches overall with 183 goals scored.

The afternoon’s fixtures contained many draws and closely-fought games, a testament to the high standard of the competition.

Enfield, consisting of students from Westlea and Oaktree schools, won by a tiny margin. In the Under-13s for example, they won by goal difference alone. Hackney and Haringey, both former double winners of the competition, finished in second and third respectively.

Rob Zawislak, teacher from Westlea School, commented: “I am proud of all Enfield players for their fair play, persistence and for keeping cool during all the tough games. It was a great competition for them. They deserve to be London champions!” 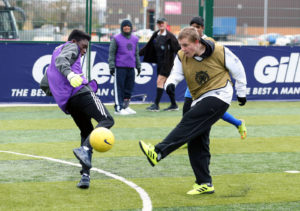 In the week preceding the final, The Plate Football Finals took place for the first-round losers, also at Wembley Stadium Powerleague, involving 108 footballers from 10 schools.

The Plate competitors enjoyed 45 games across the two age divisions with 194 goals scored. Waltham Forest were comprehensive winners with victories in both age group categories. From second place to sixth, the competition was very close with Hammersmith and Fulham taking the silver medal.

Maria Papazoglou from the victorious Whitefields School in Waltham Forest said: “I am very happy with the team. Having a competition like this to focus on is good for them, it helps them behave within school as well.

“They played very well today. Thanks to Panathlon for giving our students these opportunities.”

Including the qualifying rounds, Plate and Champions Finals and additional coaching for those teams not yet confident enough to join in the main competition, the programme comprised 653 players from 38 schools across the capital.

This will be augmented later in the year with the addition of the girls’ football programme that attracts hundreds of female footballers and leaders.

For a full gallery of pictures from the Panathlon Football Champions Final, please click here.