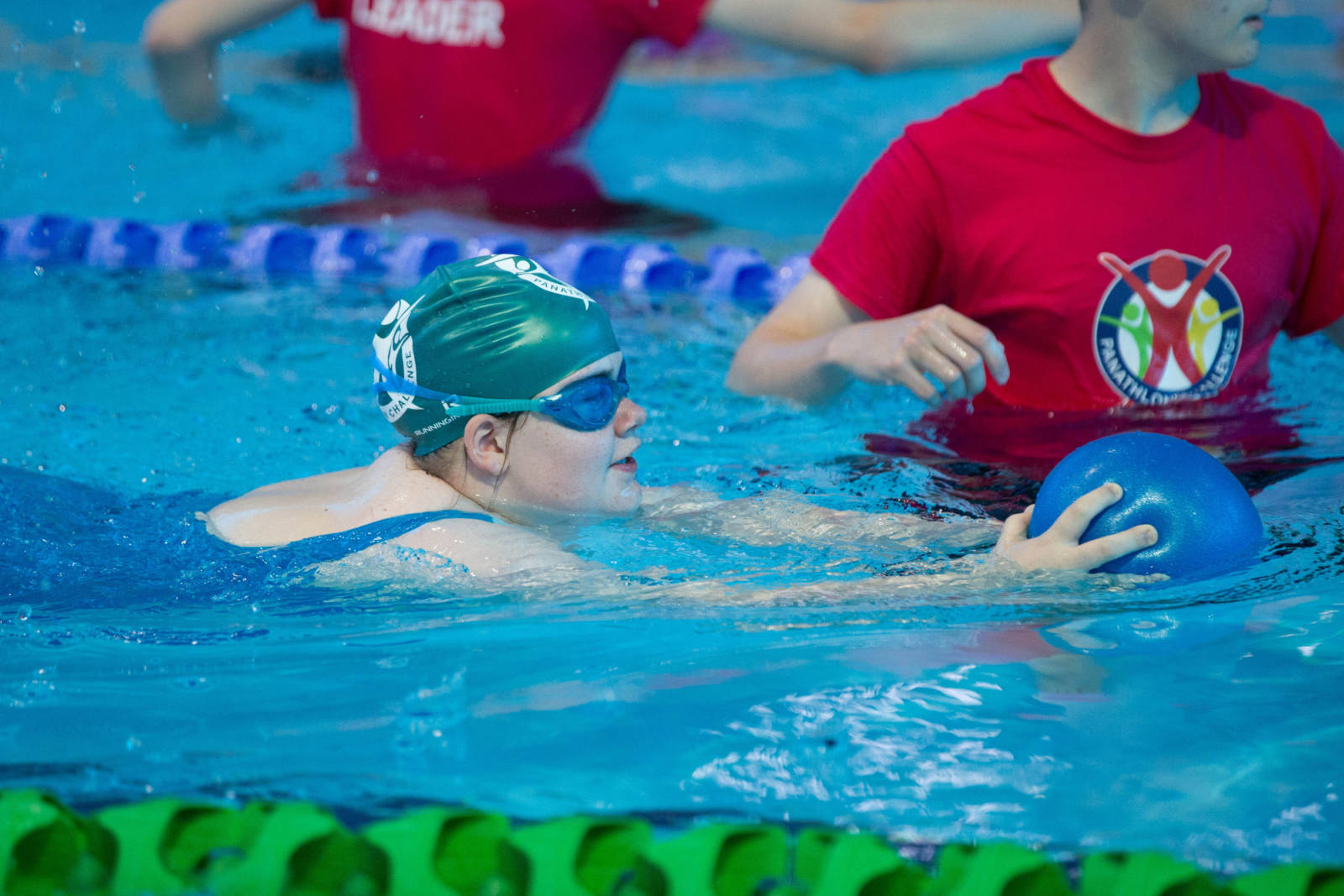 Pupils with disabilities and special needs from Fitzwaryn School enjoyed a stunning sporting week, with regional gold medals followed by success at the prestigious venue for London 2012.

Two days later they finished a highly creditable third at the Aquatic Centre at the Queen Elizabeth II Olympic Park in London in the Panathlon South of England Swimming Finals.

Each of the eight finalists at the Aquatics Centre had to battle through qualifying, and Fitzwaryn pupils finished third with 53 points, behind Priory School from Suffolk on 67, and Whitefield Schools of east London on 77. Fitzwaryn’s Oxfordshire neighbours, John Watson School from Wheatley, finished sixth.

Alex Miller, Fitzwaryn’s teacher in charge at the Aquatics Centre, said: “We just absolutely loved being here in this awesome venue. It’s been a privilege. Having the opportunity to compete against other schools and forging that teamwork together is wonderful. We left at 7.30am this morning but it has been well worth it!”

Pupil Danny Phillips, 10, who competed in both this week’s Panathlon events in Swindon and London, not only collected gold and bronze medals inside three days, but won gold at school sports day on Monday!

He commented: “It has been really good week. I love swimming and can’t wait to show my medal to my mum and put it up in my bedroom!”

The medals were handed out by Sam Hynd, the Beijing S8 400m freestyle Paralympic champion, who was making his first visit to the Aquatics Centre since winning bronze there at London 2012.

He admitted coming back into the stadium gave him “tingles” and he looked wistfully at Lane 4, where he’d lined up in the final.

“I can’t think of any better circumstances to come back here. It brought it all back, the noise and the atmosphere of 2012,” he said.

“These kids are very lucky to have these opportunities. I never had any of this when I was younger; I had to join an able-bodied swimming club and make the best of it that I could. This sort of inclusive, high-profile event is just priceless for these children.”

Fitzwaryn qualified for the West Counties primary finals after winning the Oxfordshire county final earlier this year. They beat off competition from other Oxfordshire schools as well as Gloucestershire and Wiltshire.

Fitzwaryn teacher Chris Slatter was delighted by the difference in the sports the children normally play.

He said: “It’s a series of activities that are different from what the children get at school. It’s all about the design of the game. Obviously, the sport has to be adapted, so the rules have to be easy to understand and they have to be able to achieve something. If the rules are too convoluted, children can lose attention.”

Fitzwaryn student James said: “I’ve enjoyed the football and hitting the ball on the table with the paddles and table cricket. I got double six and a four. I am good at table cricket.”