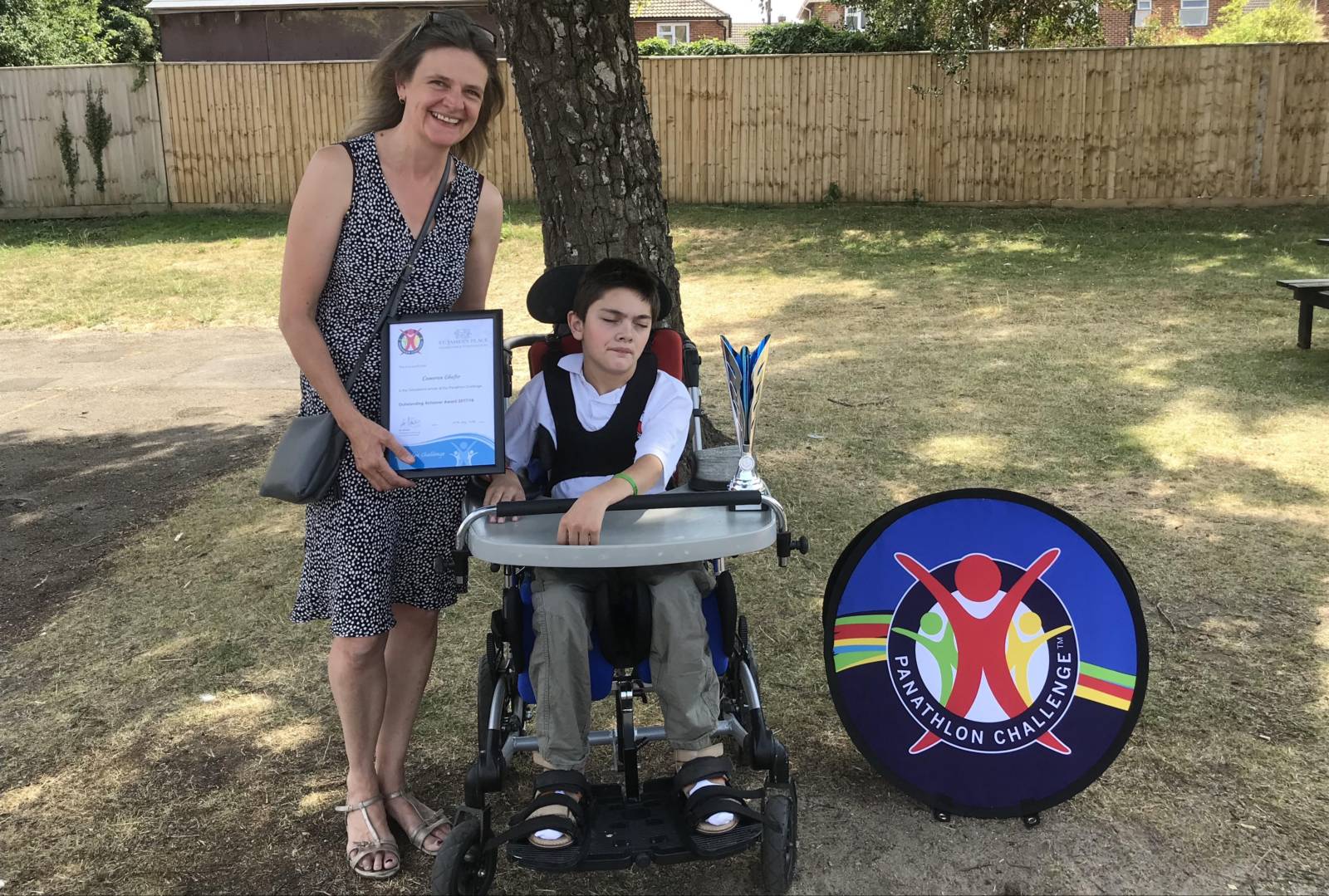 The 12-year-old has competed in events such as wheelchair races and boccia, where he went on to help the Wantage-based school win gold.

Cameran joined Fitzwaryn School at the start of the academic year, having had most of his education at home, due to special educational needs related to severe athetoid cerebral palsy affecting his whole body.

He struggles particularly with his motor control, independence and expressive language skills, together with an associated learning delay, but Cameran doesn’t let that affect him and has shown his team that no matter what the disability, sports and Panathlon are for everyone.

Cameran’s mother, Benedicta Ghafor, highlighted how important Panathlon is to her son, saying: “Panathlon has given him so much confidence. To be part of the school team and to contribute to the school winning a Panathlon event was a real highlight of Cameran’s year.”

Despite school being difficult to access for Cameran, he has embraced PE lessons and was thrilled to be on the Panathlon team.

Kirsty Taylor, Panathlon leader at Fitzwaryn School, commented:“It is great to see how far Cam has come this year.

“His family are delighted and the school thanks Panathlon for enabling children such as Cam to be involved.

“It was lovely to see Cameran’s response to the other members in the team when they cheered him on. Cameran could not stop smiling and laughing, and it was clear to see he was having a super time.”