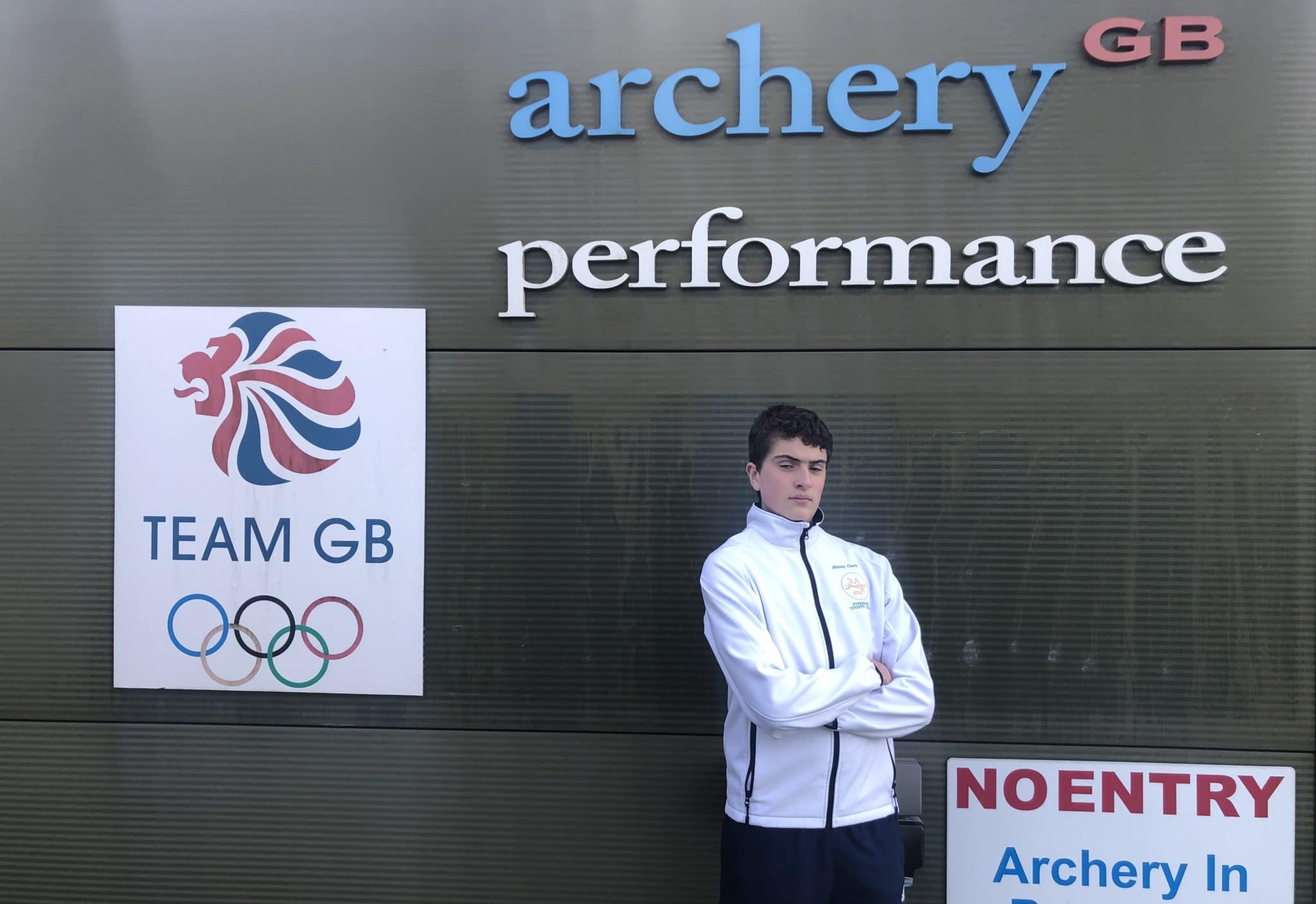 Fin Clark, the talented young archer supported by Panathlon, has been selected for the Great Britain junior squad and will compete for a place at the European Youth Championships in Bucharest.

Fin, who has autism, first attended a Panathlon competition in his hometown of Hull three years ago. His father, Ian, went along with him and struck up conversation with Panathlon’s Chief Operations Officer, Tony Waymouth.

Panathlon really dovetailed with Fin’s love of sport, and helped him overcome a reluctance to get involved in a team dynamic due to his autism.

After he attended several more Panathlon competitions, we started to support Fin’s rise up the ranks of county and national compound archery by helping fund costs and equipment as he travels to tournaments across the UK.

He could soon be heading overseas, having learnt in February that he had been selected for the GB ‘cadets’ squad (14 to 17-year-olds). He has already had an online coaching weekend with coaches and world-class archers to integrate into the national set-up.

Despite being 6ft 2”, Fin is still only 14, but will be heading to Archery GB HQ at Lilleshall in mid-April (once coronavirus restrictions are relaxed) for his first in-person national squad coaching session. His next step thereafter will be a shoot-off in May for a place on the team to represent GB in the ‘Euros’ in Bucharest.

“Fin will be competing against archers up to the age of 21 for the three spots on the team. It’ll be his first qualifying event, so I’ll be happy if he goes down there and just enjoys himself,” said Fin’s dad Ian.

Although most of his competitions have been cancelled over the last year due to Covid-19, he was invited to shoot at the Civil Service Championships against the best archers in the Civil Service, British Police and RAF. He not only won the overall competition but beat the next archer by over 10 points (a massive gap).

In addition to his archery, Fin is now a serious runner. During lockdown he has hit the pavements up to five times per week and recently completed a half-marathon in sub-two hours. “He’s also really knuckled down at school,” says dad Ian (whose pride in his son must have reached even greater levels after he was featured in Archery UK magazine).

Of the support from Panathlon, Ian says: “Panathlon have been so generous in supporting Fin over the last couple of years. We’re putting funds towards a new set of arrows, which cost around £300 and have to be regularly replaced.”

At an elite level, it may be on the expensive side, but archery is the love of Fin’s life – and he seems set to hit even more personal targets in the years ahead.

Panathlon Chief Operating Officer, Tony Waymouth, said: “It is important for autistic children in Panathlon’s programmes to have role models. Fin’s achievements show our young communities what can be achieved.