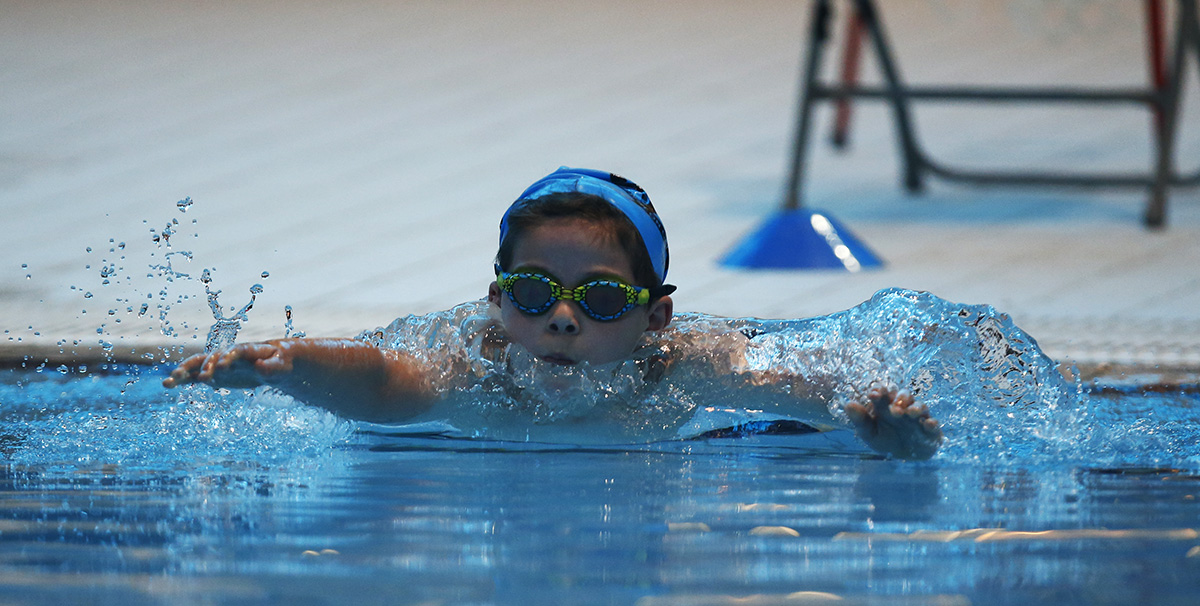 Panathlon’s programme of competitive swimming in London took a major leap forward on Wednesday with our first ever London Primary Final at the Aquatics Centre in the Olympic Park.

Although our primary swimming programme is well established in many parts of the country, today was the first time that disabled and SEN pupils from primary schools in the capital had the opportunity to compete against their peers in the pool.

Foresters Primary School finished first out of the seven teams with 62 points, just edging out Sacred Heart, from Wandsworth, by two points. Carpenters School from Newham were third on 46.

For Foresters, it was their first ever gold medal performance in almost six years of competing in Panathlon events. It means they receive an automatic invitation to compete in our National U14 Final back at the Aquatics Centre in November. 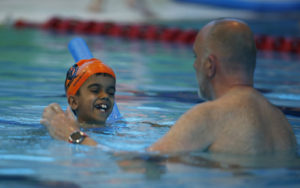 “This is such a great opportunity. The children absolutely love it, it’s wonderful,” said Vea Billin, sports coach at Foresters. “We have a lot of sporting opportunities for our maintstream children but not as many for our special needs kids. I have to say if it weren’t for Panathlon these children from our autism base wouldn’t be doing a lot, especially competitive sport.”

Nine-year-old Sienna Duncan from the second-placed Sacred Heart School said: “It’s my first swimming competition ever and it’s been great! The races are actually really fun. I was scared it was going to be too deep but it wasn’t a problem at all.

“When I get home my mum will probably celebrate and do that weird funky dance she always does. It’s really embarrassing!” 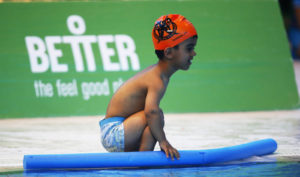 Sienna’s PE teacher, Anne-Marie Ormond, added: “The kids in our autism base swim every other week but they have never done any swimming competition. It’s brilliant – it’s just the best thing! I’m so pleased we entered.

“The children were so excited when they heard where it was going to be. The variety of activities is fantastic. People forget that even though they’re SEN, they still love competition. When they got their medals it was like they’d won the Olympics!

“We’ve got a captain and a vice-captain in our team and this has really helped build their leadership skills, and the teamwork and social elements are also crucial.”

PE teacher Wayne Brown from sixth-placed Rosetta Primary School in Newham said entering the event had helped him “put swimming back on the map” at their school, where opportunities to take part in practice, let alone competition, have been limited.

“We’ve done Panathlon’s multi-sports competitions before and when Tony [Waymouth, Panathlon COO] asked us to come swimming, I was all over it! I’m a swimming teacher, lifeguard and scuba diver so am really keen. We haven’t had the opportunity to do lessons with these guys in advance and that’s something we’ll work on for next time! 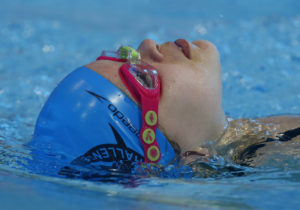 “Some of our parents have asked to go to swimming lessons which they never did before. It’s helped us put swimming back on the map.

“That’s why this is so, so beneficial for our pupils. They wouldn’t be able to compete normally but here the playing field is level – and to get to compete in this venue, it just doesn’t get any better!”

Pupils from third-placed Carpenters School, from nearby Newham, were also competing for the school in swimming for the first time.

Teaching assistant Kerry Peskett, who has been giving them swimming lessons, said: “They were really nervous at first. We had to reassure them that it was no different from their weekly lessons, except it would be even more fun as they’re racing. We will definitely get involved in this again, they’ve really loved it.” 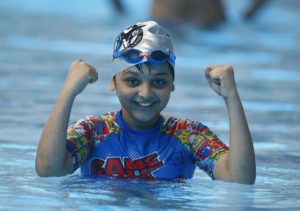 Pupil Zaheem Khondokar, nine (pictured), said: “It’s really fantastic. I feel like I’m being watched by millions of people! I’m going to show my medal to my mum and dad and they will be proud of me.”

Tony Waymouth, Panathlon’s Chief Operating Officer, said: “Today was an important event on a variety of levels. Firstly, it has provided a competitive outlet and focus for some of the schools that are already doing swimming lessons. For other schools it will act as an impetus to increase their commitment to swimming and to take the positive feedback to their individual London Boroughs and try to improve provision in their local areas.”

The day’s Young Leaders were from Richard Hale School in Hertford, and their teacher Darren Williams was witnessing the impact the role has on his students for the first time. 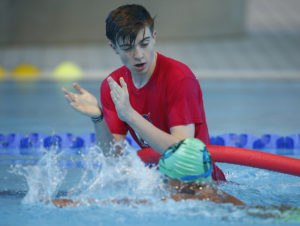 “It’s amazing to see how well they’re adapting to the different ability levels and how different they are to their personalities in a classroom environment,” he said. “They get so much out of this experience. I’ve heard them talk about it a lot when they get back to school, but to see it today for the first time – especially here at a Paralympic venue – is wonderful.”

Thank you to Pentland, GLL and the DM Thomas Foundation for their help in staging today’s competition.