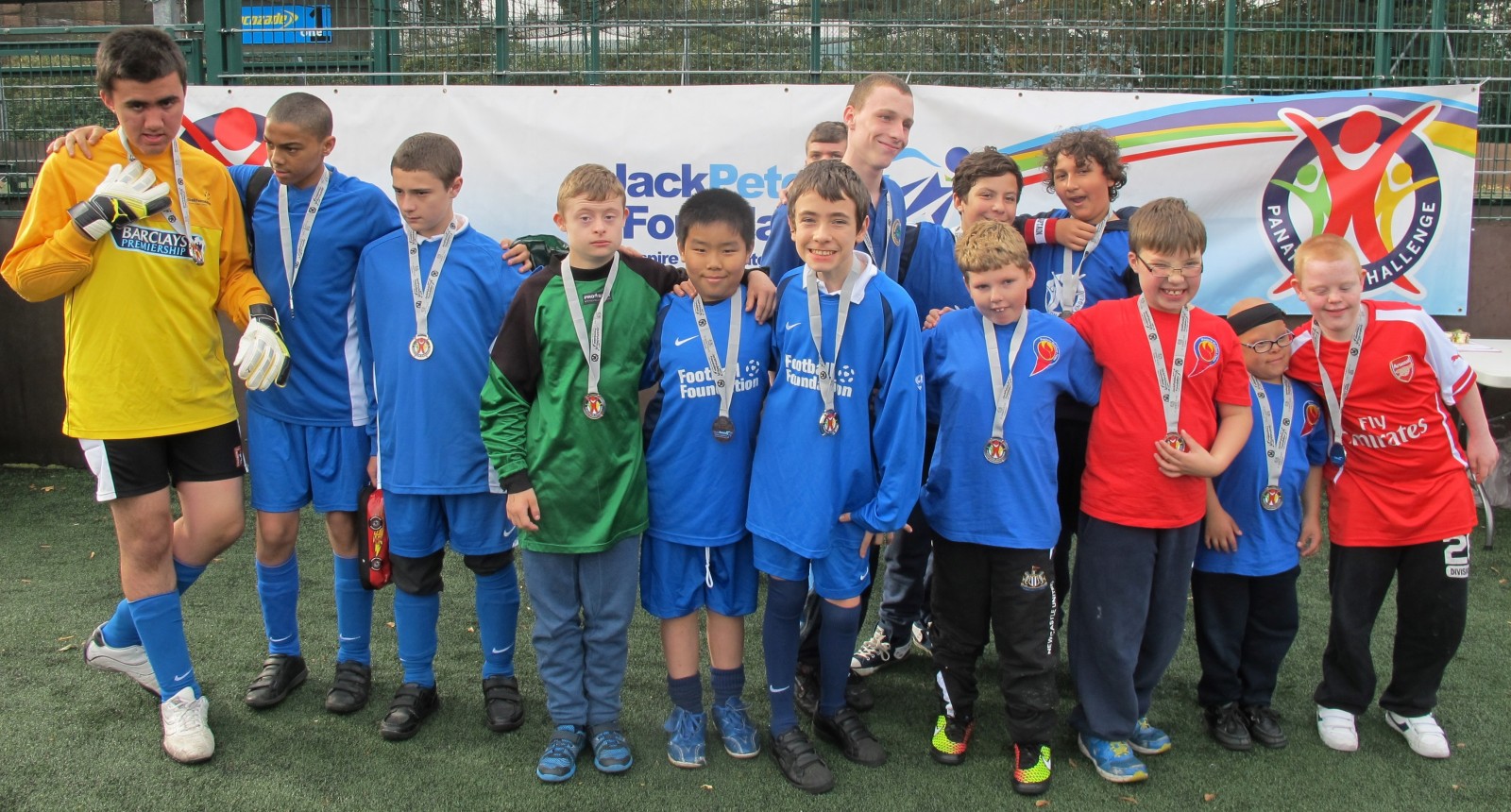 The Panathlon Football Cup kicked off for the 2014 season over the last week, with the aim of making either the main Final or the new “Plate” Final at the home of football, Wembley (Powerleague) in November.

Over the 4 competitions this week and last, we have seen 349 players, in 49 teams from 28 London Boroughs, playing 159 games scoring 671. We now know the 16 Boroughs who have qualified for the 2 Finals days (see below)

On Tuesday we were at ‘Newham Powerleague’, with the East London Boroughs and on Wednesday we were at ‘Catford Soccer’ with the South London Boroughs. In the East, 8 x U13 teams and 6 x U16 teams competed. In the U13’s, a tough group consisting of Newham, Barking & Dagenham, Islington & Waltham Forest formed in the afternoon session having done well in their pools. With often only 1 or 2 goals deciding the games Islington won the group. The U16 games were very high scoring in a league format, again with Islington team winning the contest.

At Catford Soccer the U13’s played a league format, then 2 pools to decide the points. Bexley won the top league with Kensington & Chelsea won their group. In the U16’s, Southwark, Bromley, Lewisham & Greenwich finished in the top 4, Southwark taking the competition. The other pool was topped by Lambeth.Last week the North London Teams competed at Barnet “Powerleague” and West London, on Thursday at Gillette Corner “Goals.”

In the Northern Group, 98 children with Learning Difficulties from 15 teams took part, playing 45 games between them. Hammersmith & Fulham won the U13 age group and Haringey the U16’s. Haringey had the best result over both ages so took the Gold medal overall. It was great to see many teams bring players who don’t usually get the chance to play Football competitively; Barnet’s U13 team were one of those teams. They did very well to secure 5th places in both competitions; qualifying for the new Plate Final.

On Thursday in the “West” we had another goal fest with 70 children, in 10 different teams playing 40 highly competitive matches.  Hillingdon won the U13’s with Merton, a very close second, only split by the narrowest of margins, as in the head-to-heads between these team, it was 1 game a piece. However, Hillingdon scored the most goals in the U13’s with 21 goals and therefore nudged first place. Sutton excelled in the U16’s with Hillingdon the runners up. Sutton scored the most goals in the U16’s with 22 goals.

One of the competing schools said this, “Our kids absolutely loved it! They were singing on the bus all way back to school…absolute magic!!! I can honestly say that for a number of our kids he Panathlon events are the highlight of their entire year…keep up the good work”

Congratulations to the 16 Boroughs through to the 2 Finals days-

Good luck to you all…. see you at Wembley!

Thanks to the Jack Petchey Foundation for funding this area of work!