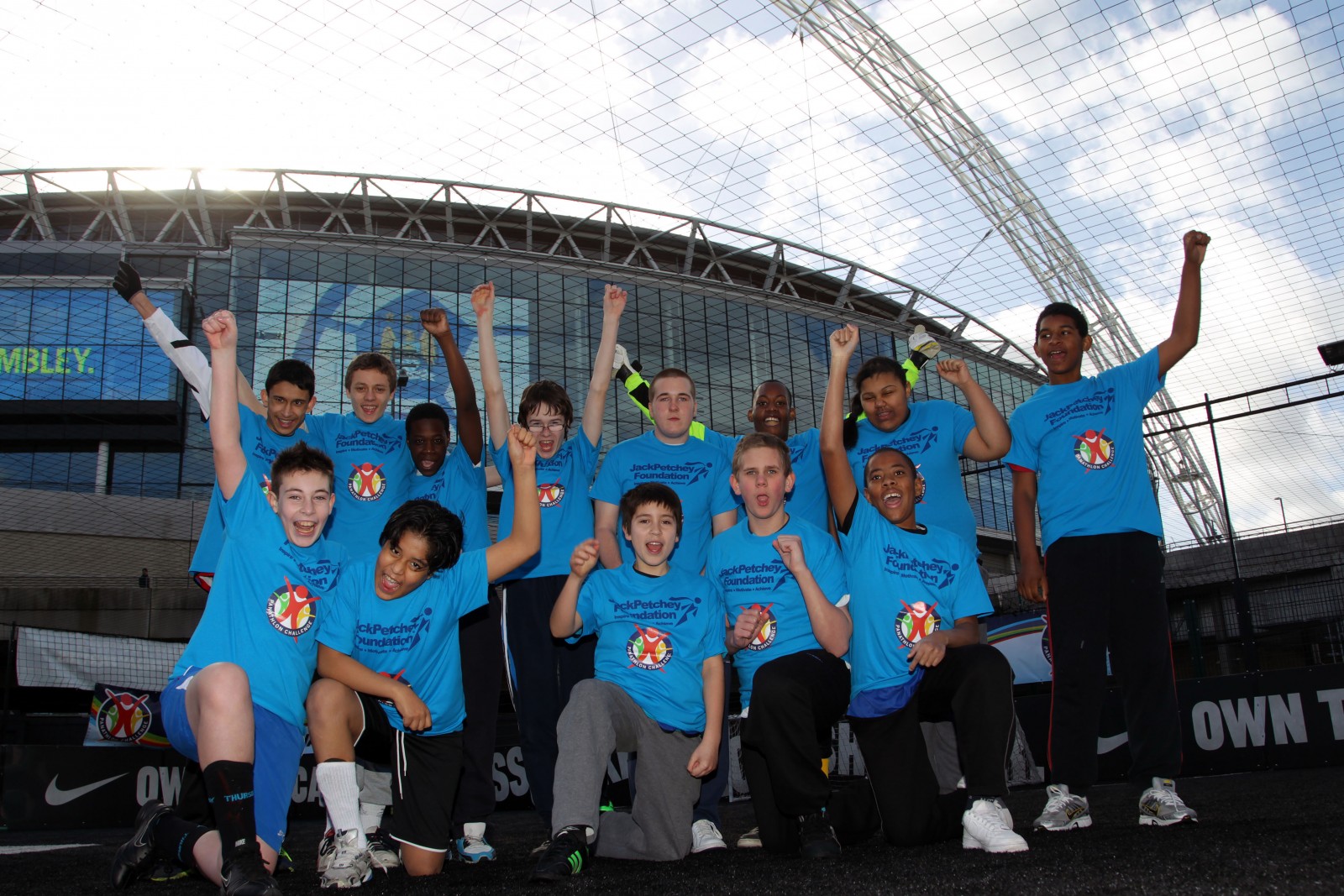 Panathlon’s first ever London Football Cup Final was held today in the shadow of Wembley Stadium. Teams representing the North, South, East & West regions of London, all who had excelled in the previous round to get to this final, met at Wembley with the chance of being the first London team to engrave their name on our new Football Cup Trophy. Already 261 Players had competed in the qualifying rounds, and the 77 playing today were desperate to do well at the home of football.
To inspire the players, we were in the presence of two England Internationals, Ben Lampert, Midfielder from England Deaf Team and Josh Beacham, Winger from England CP Team who met and spoke to the the players.
Between the 2 age groups, U13 and U16, 35 games of Football were played in a league format with every game counting towards their overall positions. In all, over 150 goals were scored!
Incredibly after all those games 6 out of the 7 teams had tied on points. Lambeth, Harrow & Hillingdon tied with 12 points each, though they took 4th, 5th & 6th places respectively. These teams were separated by Best League Placing first, then if equal as Lambeth and Harrow were; on head-to-head fixtures including Goal Difference.

The same happened with Hackney, B&D and Haringey all finishing with 18 points: Hackney won U16’s and came 3rd in the U13’s, B&D won the U13’s and came 3rd in the U16’s; whilst Haringey were second for both. Haringey took the Bronze medal. The head-to-head fixtures between Hackney and B&D were one-a-piece, Hackney won the U16’s and B&D won the U13’s, so it came to Goal Difference to decide the Champion.
A HUGE Congratulations to the winning team and the 2014 Football Champions Hackney!

In a day played within the grounds of one of the most iconic sporting venues in the world, it was a wonderful setting to enjoy the football skills of all the teams that took part!

Also see our little video of some action  of the day!