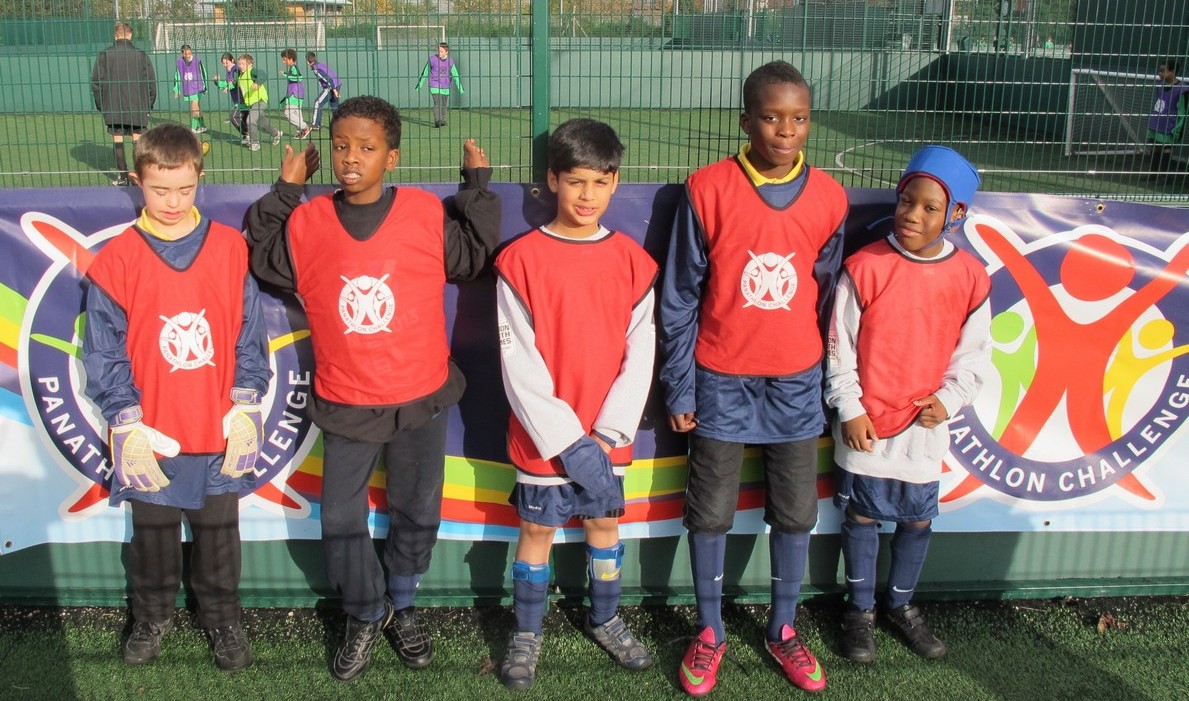 Today’s Panathlon Football Cup saw 10 teams from 5 boroughs and 63 players being involved. The teams played a league, to ascertain placings and then a knock out competition with semi-finals and a final.

Hillingdon from Meadow High & Pield Heath Schools impressed throughout and won both competitions, gaining entry into the coveted Wembley Stadium Powerleague competition next year. Their U13 & U16 teams won their leagues, and then won through the knock out stage. They took an undisputed Gold Medal.

In the U13’s the strong challenger was Hounslow, who came 2nd. In the final, the score was 8 – 4 to Hillingdon. In the 3rd and 4th Plate Game Merton and Ealing went to Penalties after a 5 – 5 score; Merton won.

In the U16 competition Ealing were the strong challenge to Hillingdon in the league and then they met again in the Final.

With Hillingdon decided as clear winners; who was going to go through in second place when we combined both age groups, to the Panathlon Football Cup Final at Wembley?

It was very close.Ealing (4th in U13’s, 2nd in U16’s), Hounslow (2nd & 4th) & Merton (3rd & 3rd) had all tied on competition points.We then analysed the overall Goal Difference involving all their games to separate them. Ealing had the superior goal difference, +5, to Hounslow’s +1 & Merton’s -4.

Congratulations therefore to Ealing from Belvue High School for making it through to the Wembley Final.

Joel and Owen from Pield Heath School in Hillingdon said, “I played football! I passed the ball! I scored goals! We won. It was great!” Their teacher Sue Donaldson told me that her team have been playing football this term in PE and also in their lunch time clubs; though this was their first competitive football game this year. They are all looking forward to the finals day, where we will see them again!