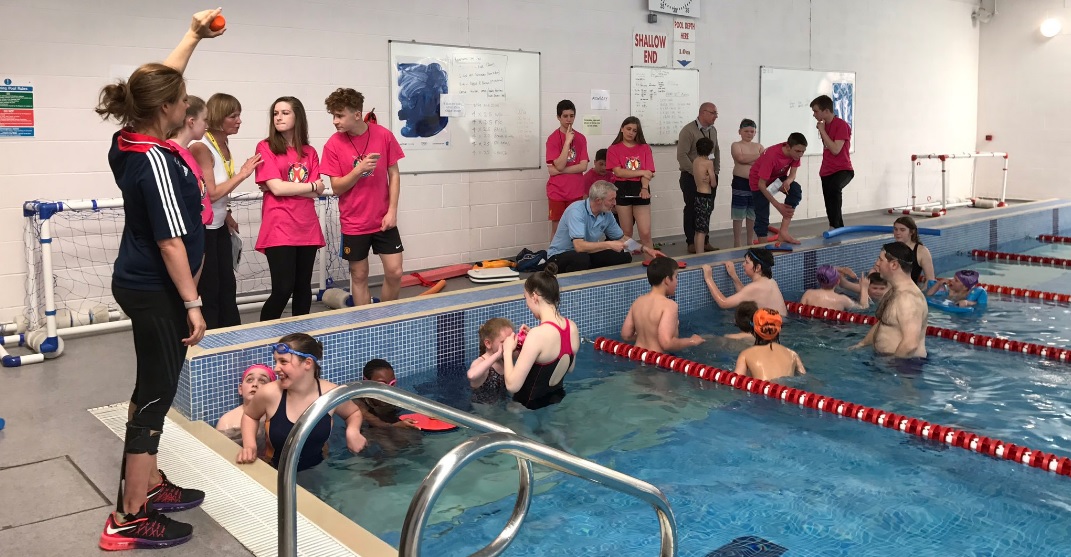 Panathlon Ambassador and Paralympic gold medallist Liz Johnson was on hand with 22 Young Leaders from Barlby High and Welburn Hall Schools to officiate and organise across two days of competition.

Forest teacher Paul James said: “It’s great to see so many schools participating and Panathlon is a real highlight on our calendar. We look forward to representing the county in Sheffield.”

The Forest made it a double when they won the secondary category too, with Welburn Hall (whose students competed across all three age groups over the two days) claiming victory in the post-16 event.

The post-16 competition was Panathlon’s first ever swim event for this age group and continued our development of over 16s competitions across a variety of sports.

On the same day in Stockton at the Billingham Forum pool, a close contest ensured between Priory Woods school of Middlesbrough and Reid Street School of Darlington for the title of Tees Valley swimming champions.

Priory Woods School secured a narrow victory for their first Panathlon title and together with Reid Street will travel to Ponds Forge to compete in the Northern Swimming Final.

Northfields School again provided the leaders on the day and extended their much-valued support for Panathlon.

Val French, the North Yorkshire Special Schools Sport Co-ordinator, said: “It is great to see how this event has developed over the past two years. The numbers have risen and we still have demand from schools wanting to take part in it.”