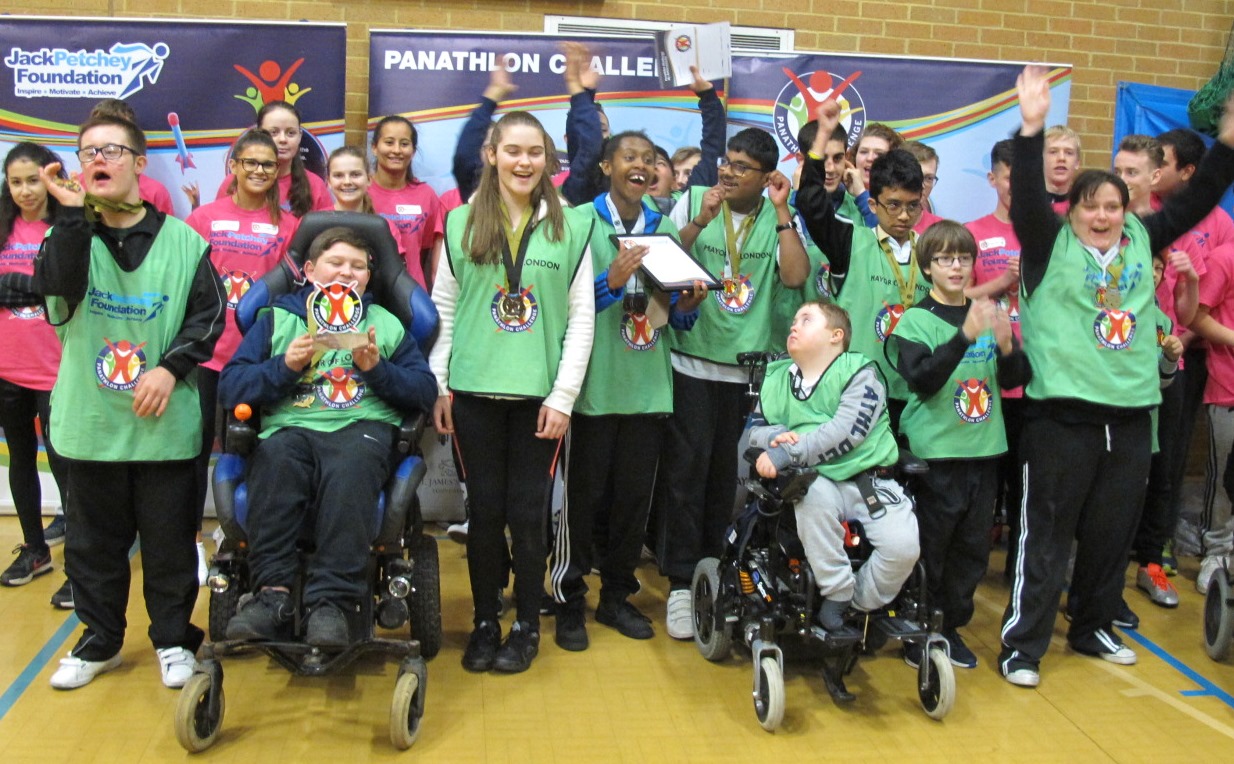 Panathlon have continued the Multi-Sports season in London with 4 competitions in the last two weeks, In Ealing, Newham, Lambeth and Kingston.

In all 331 competitors from 43 schools were involved from 16 London boroughs.

Additionally 75 Young Leaders ran the competitions from 6 schools, including 2 SEN schools, having previously been trained at one of our courses.

The report from the first four competitions is available here.

Both Hillingdon and Hounslow had impressive performances, with Hillingdon in the main sports, their Polybat, Boccia and New Age Kurling team were all undefeated, and Hounslow won both athletic disciplines. It is not unsurprising to see Hillingdon do well in this competition, having won it a number of times before. However it was a welcome surprise to see the performance of Hounslow, a team that made it through to the Champions Finals for the first time.

Darum Sydney, a parent of a child at Coteford School said, “This was my first time to Panathlon and I am BLOWN AWAY! It was amazing to see the children enjoying themselves so much. I am leaving the proudest dad ever. Thank you.”

Jermaine D’Suza, from New Vic College said, “The young leaders had an amazing time, interacting and officiating the different activities. It helped them communicate with the other students with learning difficulties and believe in themselves. It’s given them experience of how to work under pressure in a team.”

Croydon were on great form, managing the perfect score 60/60, winning all the 6 disciplines, with their Boccia and Polybat teams being undefeated. The Javelin competition was particularly well fought between Dennis (Lambeth) throwing 20.30 metres and Pascal (Croydon) throwing 21.85 metres.

This was our first time at Evelyn Grace Academy and their leaders did a great job. Principal Hanson visited to award the trophies in the final presentations.

Fi Bell, from St Giles School said, “The leaders did a great job. They encouraged and led by example. Team Croydon had a great day. It’s special to see 3 schools work together to create a team, one with a strong sense of community, pride and effort.”

It was a close competition with 3 teams finishing within 6 points, with Wandsworth in 3rd with 42 points, Merton in 2nd with 44 and the winners were Sutton on 46 points.

There were many outstanding team performances by the teams, Sutton’s Kurling team, Merton’s Polybat & Boccia teams all being undefeated. Sutton also scored the highest score in Cricket with 309 points in the gold medal match against Kingston, their best performance of the day.

Brigid Unwin from Hornsby House School said, “Thank you for organising such a professional day. The children were so engaged and competitive. The students officiating were outstanding and a credit to Chessington Community College.”

The full results of all the competitions can be seen here.

The winners of those competitions then go on to qualify for the London Final at the Copper Box Arena within the Queen Elizabeth Olympic Park in June.