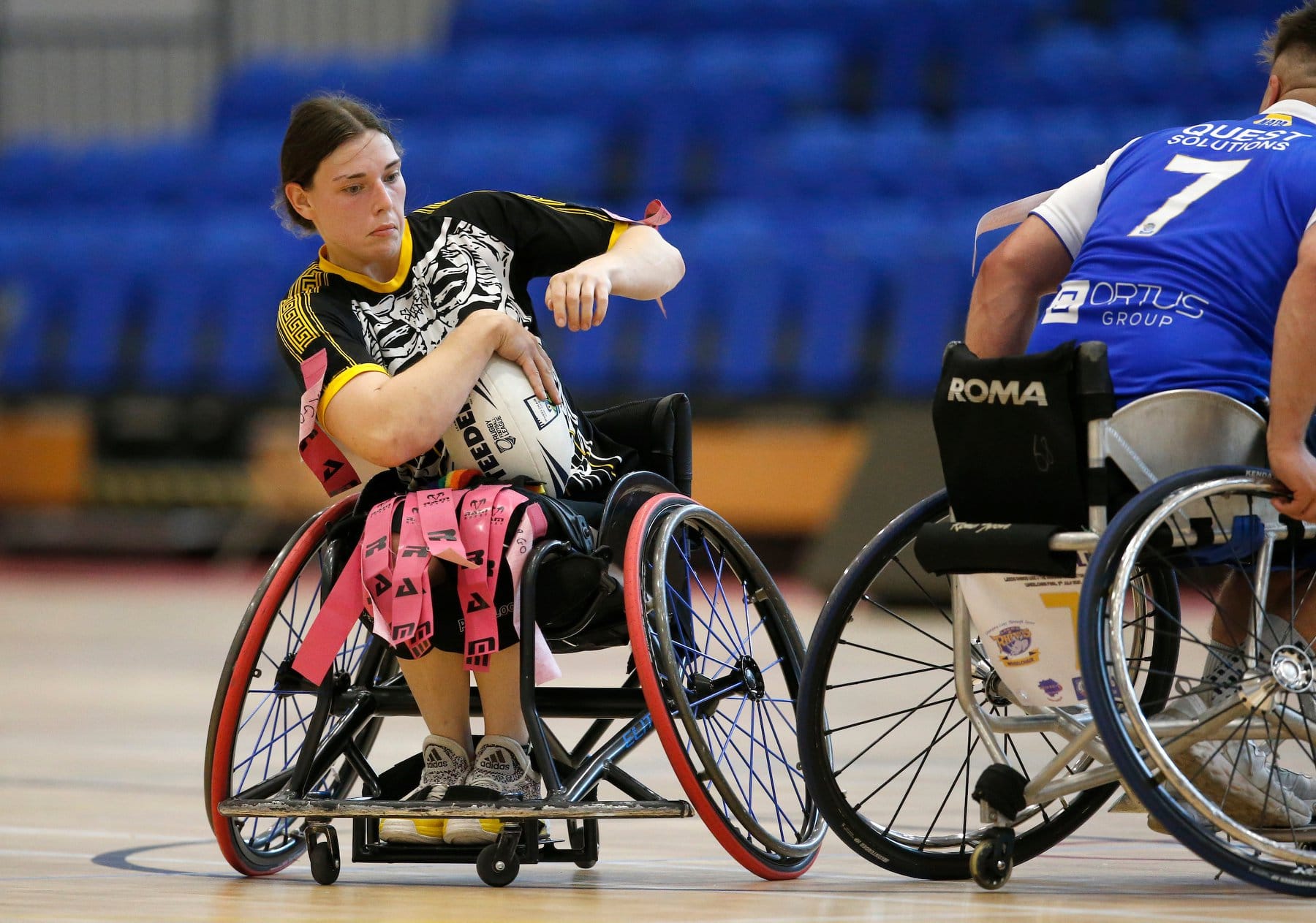 Panathlon is extremely sad but proud to bid farewell to our very own multi-parasport international Freya Levy who leaves us this week.

Freya has been involved with Panathlon since as far back as 2013 and joined us as an intern in 2017 before progressing into an event management and marketing role. She has been integral in the launch and development of our Virtual Panathlon programme during the pandemic. As part of this she fronted Q&A sessions with pupils online and in schools and developed our podcast, Panathlon People. She is an inspiring role model to many young people with disabilities.

Freya leaves us to join the marketing team in DHL’s branding department where she hopes to work on the company’s F1, football and rugby union sponsorship campaigns.

Although Freya admits she is “absolutely gutted” to leave Panathlon, she calls the new job “a super exciting opportunity I just couldn’t turn down.” She adds: “It will be a ginormous learning curve but I can’t wait to get going.”

The new part-time role will enable her to continue to pursue her many ambitions in elite parasport – and Freya’s list of ambitions is long!

“Sooner or later I’m going to have to choose because quite a lot of these events are in the space of a few weeks over the summer,” she admits.

Freya had played county-level football and rugby before being diagnosed with muscular dystrophy in 2010 and quite suddenly finding herself wheelchair-bound. Nevertheless, she completed an HND in Sports Coaching and PE at Worcester University and had been working at a taxi rank when she got the call from Panathlon Chief Operating Officer Tony Waymouth offering her a job in 2017.

“It has been my dream job,” she admits. “I always wanted to work in schools, to work in sport, and to learn graphic design and make videos. At Panathlon, I’ve done all of those things, and it has also been flexible enough for me to continue playing all my sports to a high level. It has ticked every single box. It has been everything I ever wanted.”

One of her highlights was applying successfully through Panathlon to be part of Michael Johnson’s Positive Track programme at the Olympic legend’s elite performance centre in Texas, USA.

“It was a game-changer – a life-changer in fact!” she beams. “I come from a small town in Essex, so to go to Dallas and experience a bit more of the world, meet 11 other inspiring people on the programme and understand their struggles really, really opened my eyes. It helped me grow as a person so much.”

Panathlon has given Freya the opportunity to meet and inspire thousands of children who, like her, may have seen their sporting talents overlooked at school and in other environments because of a disability.

“There’s still such a long way to go to make school sport completely equitable and accessible for everyone,” she comments. “The lack of opportunity that I experienced at school is still there. How to combat that and make it open for everyone has been one of the biggest learnings.

“I’m so proud of the work Panathlon do and to have played a small part in it. Seeing it grow year on year and adding new events has been so exciting. It never gets stale.

“Re-designing what we do to make it Covid-safe in the last 18 months has been a challenge – but a fun challenge! The fact we massively increased our participation numbers in such circumstances was just unbelievable. Getting more kids involved is always the goal.”

Anyone meeting Freya recently will have been left with the impression of a bright, engaging character with a fascinating story to tell. Despite being naturally modest, she admits working for Panathlon has had a transformative effect on her.

“Panathlon has massively boosted my confidence,” she says. “I think that comes from seeing the positive change we make to thousands of kids – that definitely helps you get out of bed in the morning!

“It’s been a lovely safe space to learn and flourish. It has allowed me to develop as an athlete and a person. To sit in front of kids and inspire them to be active and find their passion is a privilege. It’s been such a nice journey.”

Panathlon COO Tony Waymouth added: “It’s difficult to find words to express our gratitude to Freya and describe how far she has come. She started as an intern and has become a vital part of our team.

“One of Freya’s legacies is the the cross-curricular Virtual Panathlon packs she developed. It has always been a goal to get Panathlon into the school curriculum and Freya’s innovation and creativity has made this resource an important tool for schools and moved Panathlon beyond just being a provider of ‘events’.

“Although we are extremely sad to lose her, she will never be a stranger at Panathlon and her new role with DHL will see her continue to spread her wings and excel both in work and sporting environments. All the best, Freya. It has been an absolute pleasure working with you and the whole team will miss you greatly.”

Many thanks to our sponsors Woodland Group for supporting Freya’s role and development.

Panathlon Role Model Freya Levy has been handed a dream opportunity by Olympic legend Michael Johnson to attend his elite performance centre in the USA. The 20-year-old from Essex is…

Freya, tell me a little about yourself… I’ve not always been disabled; prior to being diagnosed with muscular dystrophy I was playing county level football and rugby, and had trials…