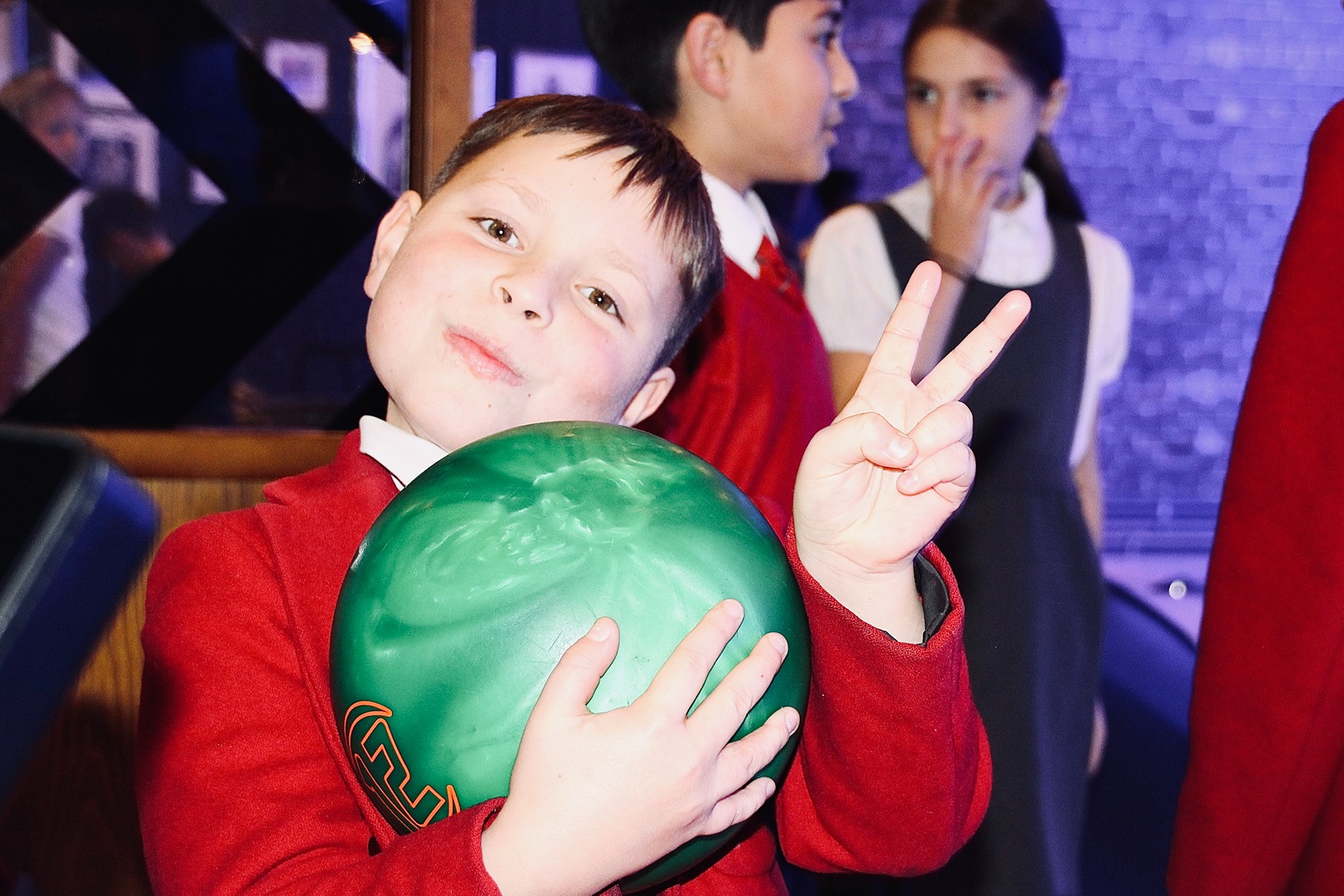 The benefits of Panathlon’s strong competitive pathway in Greater Manchester were very much in evidence on Wednesday at our regional primary 10-pin bowling final in Bolton.

An incredible 22 schools took part – all of whom had qualified from local Panathlon 10-pin bowling competitions held in their respective boroughs during the autumn term.

Nine of the 10 Greater Manchester boroughs were represented at the regional final at Hollywood Bowl in Bolton: gold medal winners Higher Failsworth Primary from Oldham, second-placed Greswell Primary from Tameside and bronze medallists Stamford Park from Trafford can now look forward to progressing to our North West Regional Primary 10-pin Final in February.

The concept of progressing through our pathway of local, borough-wide then regional finals was not lost on teachers or pupils, many of whom were hugely motivated to succeed in order to reach the ‘next level’ of competitive achievement.

One pupil from champions Higher Failsworth said: “I feel like I can do anything now – like enter the Olympics! I can’t wait until February when we can try for the north west trophy!”

Antoni Spinola, PE Lead at third-placed Stamford Park Primary, said: “We’ve brought the same team who won the local event in Trafford because they really bonded. They’re all high-fiving and cheering each other on again today, which is fantastic.

“They know they’ve been chosen again because they did so well in the first competition – and now they can see that next step. They know they might not get through next time, but that’s the highs and lows of sport and it helps them learn to deal with that.

“Without events like this, these children could possibly get to secondary age without having represented their school. Our aim is to get every child representing school by Year 6 to give them that sense of belonging to a team. Panathlon really helps us achieve that.”

Ellie May, 10, from St Mary’s Radcliffe School in Bury said: “Mr Jacks told us if we win this, we’re going to go to an even bigger competition. That really motivated us and made us really excited.”

The spread of Panathlon’s model of SEND provision started in Bolton through our partnership with Debbie Davies at Bolton Wanderers in the Community and local School Games Organisers Bernadette O’Hare and Brian Richardson.

As it has spread and strengthened, with new sports and competitions being added over the last couple of years, nearby Greater Manchester boroughs have jumped on board.

“It’s growing to an unbelievable magnitude,” said Craig Vickers, Greater Manchester Lead for School Games. “We are so happy with the work Panathlon are doing to grow the SEND network.

“Everything we’re doing in Greater Manchester is around building sustainable partnerships, not just having one-off events. We’ve got a fantastic model in place here, so when things happen on a local level, we can take it county and regional level.

“Panathlon are one of our key partners, not just in targeted activity with SEND sport, but in giving us a blueprint across everything we’re doing in mainstream and beyond.”

Debbie added: “Children with disabilities and special needs need the same opportunities as their non-SEND peers. To come to an event and know you’re not only representing your school, but that you can progress to represent your town and your county – that’s invaluable to the kids.

“The fact that nine out of 10 Greater Manchester boroughs are represented here today – and they have all won their local 10-pin bowling competitions to qualify, shows the depth of what we’ve built up in such a short time.

“It has exploded – but that all stems from schools coming to one event, seeing the professionalism of Panathlon and that then creates demand. We soon get emails and phone calls asking what’s next. It inspires confidence in the children to try other sports and opens teachers’ eyes to sports like boccia they can introduce at school.”

“I never had any activity or structure like this available to me when I was at school,” he said. “It is absolutely incredible for these children and it’s obvious from speaking to them today that they really appreciate it.

“They are thriving in this competitive environment because they find it so accessible, inclusive and unintimidating. The fact there is progression, so the winners now have another competition on an even bigger scale to look forward to after Christmas, only motivates them more.”

Panathlon getting ever greater in Manchester