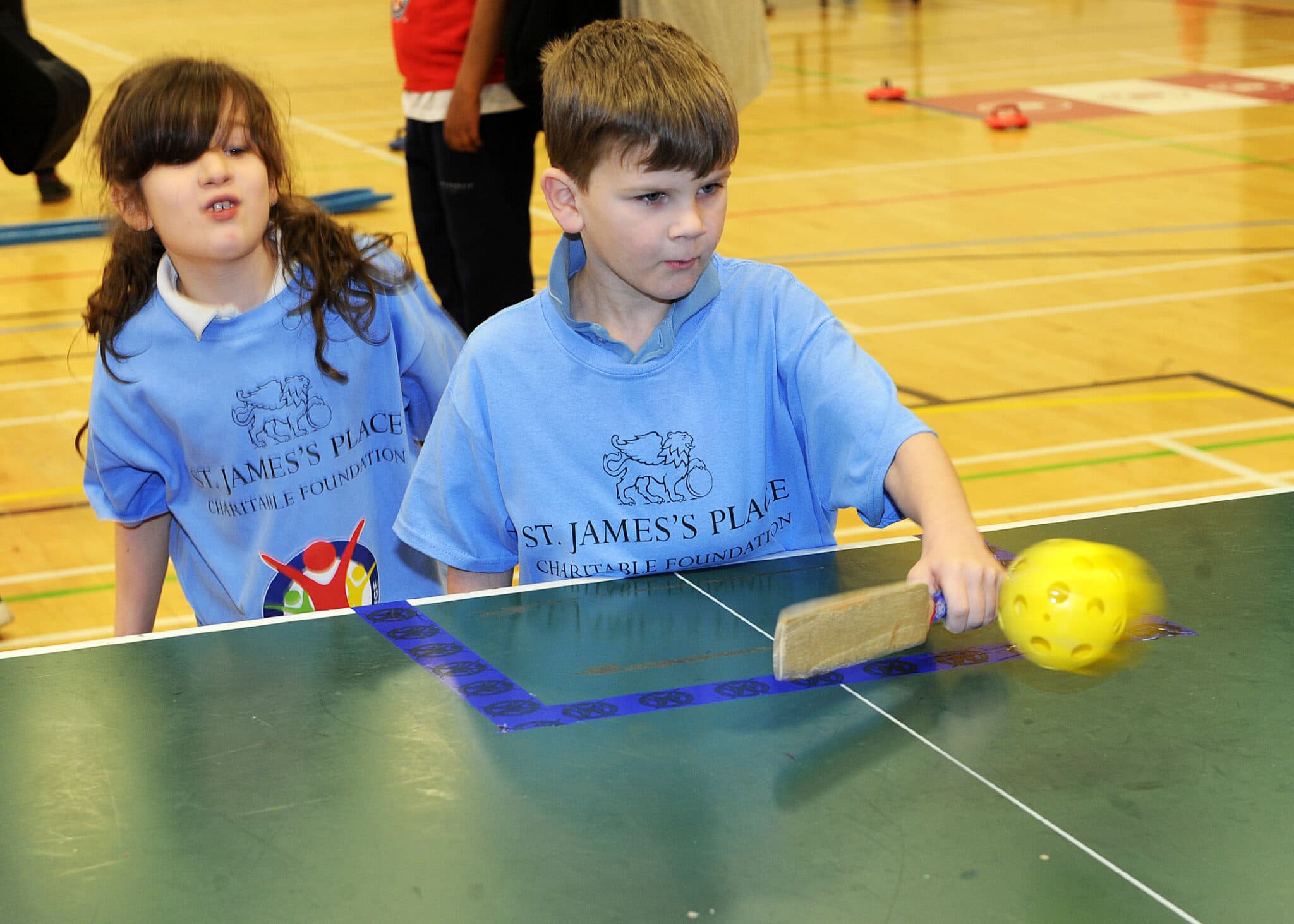 Staff lapped up “new ideas and opportunities” as they experienced a Panathlon competition for the first time last week in Salford, Greater Manchester.

Ten schools took part in a Primary Multiskills event at Irlam and Cadishead Academy and for many it was their first excursion beyond the school gates for a sporting event for over two years.

After such a long period without exposure to external experiences, it was an inspiring day for pupils and teachers alike.

“It has been really fascinating for me to see all these activities,” said Rachel Harrison, SENCO at Panathlon debutants Peel Hall Primary, who had several autistic pupils in their team.

“SEND children at our school can really struggle in a mainstream classroom so they have sensory breaks in a designated part of the playground. To have access to this equipment during that time would be fantastic for them to get that opportunity to self-regulate.

“What I have noticed today is that they are waiting and taking turns, which normally they find very difficult. I’m really proud of them. I think it’s to do with the motivation of knowing they are part of a team and that today it isn’t just about them as individuals.

“They all cheered each other on, whereas normally they are only worried about when it’s their turn. I saw a lot of interaction between them. Seeing the excitement on their faces is so rewarding. I’m so glad I came along!”

She said: “I definitely need to buy some of this equipment after seeing it today! Everyone can play these games, can’t they? I just love the fact that they’re achieving and they haven’t got the higher-ability kids showing them what to do. They’re all figuring it out for themselves, encouraging and cheering each other. I just love it.

“Today has made me realise that these children should be leading in PE lessons. They should be the ones demonstrating teamwork, rather than the competitive children that can’t handle it and shout at each other. Next week I’ll be celebrating their teamwork in a lesson and not just focusing on the skills.

“I’ve worked at St Luke’s school for three years and this is the first time I’ve been able to take a group like this out. I’d love more of these opportunities.”

Luke Warburton, Year 5/6 teacher at St Edmund’s School, was in full agreement. “We don’t typically get these opportunities for our SEND pupils,” he admitted. “Already we’re talking about bringing some of these sports into school because we put on extra-curricular sport opportunities but they are mostly in traditional sports.

“The children we have here today just wouldn’t want to play competitive team sports but this environment gives them the opportunity to do that. They’ve really come alive.”

For pupils from Irlam Endowed Primary, the Salford event was the first time they had been in the school minibus since before the pandemic.

“Being able to get out of the confinement of the school is amazing,” said Pastoral Lead, Alexis Walsh. “It’s brilliant not only to spread their wings but to represent the school and get that feeling of pride.”

Panathlon getting ever greater in Manchester