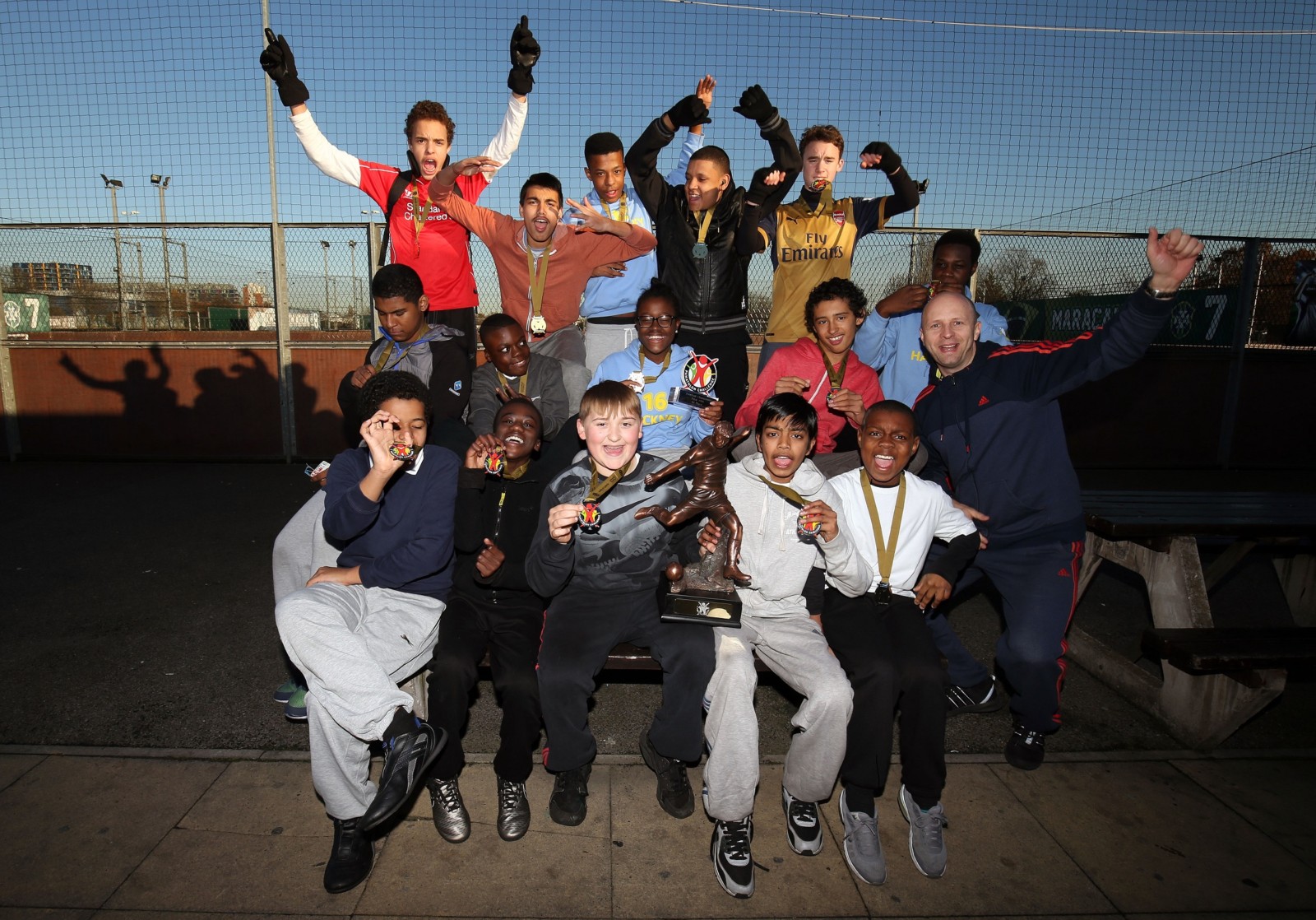 With all eight teams entering under-13 and under-16 teams, the performance of both age groups on the day was added together to produce an overall winner. Hackney won the under-16 final and were runners-up in the under-13s, and on both occasions their opposition were Haringey.

To decide the winner, the head-to-head results between both sides throughout the day’s matches were assessed, and Hackney were crowned winners by a single goal.

Hackney’s celebrations were long and loud, and deservedly so, as dethroning Haringey, the winners for the last two years, was a notable achievement.

Kamil Hadrych, teacher at Stormont School in Hackney, said: “That was so close! They all showed great character. It means so much to these guys as they are not high achievers, so for them to win something like this is very meaningful for them.

“It builds their self-confidence, their self-esteem, improves their social skills, allows them to achieve what they could not have achieved in other competitions. They love it, there are lots of happy faces in our team!”

Student Marcel Alexander, 14, emerged from the ecstatic celebrations to say: “I’ve really enjoyed it, there were some tough games, and some easy ones. This is my first time representing Hackney at football and I’m loving it. I played in defence; I’d say I model myself on Per Mertesacker!

“Playing here in Panathlon competition gives me experience of how to improve myself, see what skills I’m good at and test myself out against others.”

Haringey’s Lucas Neocleous, SLA teaching assistant at Riverside School, said: “As defending champions we had a point to prove, and although it wasn’t to be I’m proud of the boys. It’s nice to win of course, but taking part is most important and the organisation of these competitions by Panathlon is always first-class.”

Haringey captain Matthew Halliwell, 16, who has autism, was not disheartened: “I’ve been trying to get us to work as a team by giving everyone instructions. Our teacher has told us it’s not about winning or losing, we accept the result and enjoy the day.”

Merton, represented by Cricket Green and Perseid schools, finished in third place. Richard Brown, Head of Performing Arts at Cricket Green, reflected: “A lot of these guys have quite challenging behaviour in lessons, but having the Panathlon Football Finals to look forward to helps them enormously. Being here is amazing for them and they absolutely love it.

“A lot of them find it difficult to maintain relationships with their peers, but it seems like when they’re out on the pitch they have a shared goal and you don’t see the same sort of outbursts.”

Enfield, who finished second last year, had to be content with fourth place this time around. They were represented by West Lea School, whose Head of PE, Robert, Zawislak, said: “It’s a brilliant day for our students, especially the social aspect. It’s a great day to boost their confidence.

“The level of competition Panathlon have provided here is perfect for our school; it’s competitive enough that it keeps everyone engaged but the weaker ones feel they can try it out too.”

One particularly enthusiastic Enfield player was 14-year-old Matthew Key, who was runner-up in the Panathlon Outstanding Achievement awards last week at the John Lewis Olympic Suite next to the Queen Elizabeth Olympic Park.

The Tottenham fan jokingly described the awards ceremony experience as “embarrassing, because my mum and my teacher socialised together!” He added: “Actually, it made me feel very proud.”

It was a special day too for Yoel Tesgay, 12, a pupil at Lansdowne School who played for Lambeth. They finished joint-fifth with Hillingdon. “Today was my first ever football match and it’s been a wonderful opportunity,” he said. “There were a few strong tackles this morning but I can cope with it – I’m tough! I’m going to put my medal on my bedroom wall when I get home.”

In addition to the competition, students from four other schools who lacked the confidence to participate but still wanted to attend, took part in a coaching session led by Emma O’Connor.

One of the schools was Hornbeam Academy. Teaching assistant David Fernandez reflected: “Football is a team sport and they have to work well together to achieve an objective and that’s the main benefit of coming today. The coaching was great and it was great for them to spend some time outside of school and have fun.”

This was the sixth day of competition in this year’s London football programme, including four regional qualifying rounds and last week’s Plate final. In total, 329 players took part in qualifying and 232 in the Plate and finals day. There were 48 matches played in the finals and an impressive 125 goals scored.

For the full gallery of photos, then please click on this image- 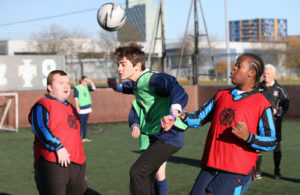 Thanks to the Jack Petchey Foundation and the Mayor of London for their support in the Panathlon football competition this year.

The results were as follows-