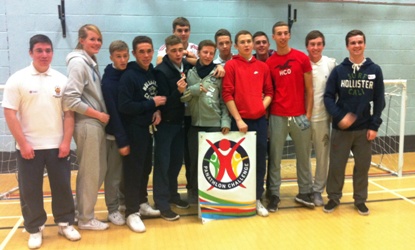 A fantastic mini Panathlon event took place today at Hornchurch Sports Centre in Havering., 27 young people from 3 schools, Corbets Tey, Dycorts, and the overall winners Marshalls Park, took part in the Panathlon sports in what turned out to be a really competitive days action !

The event was officiated by the Young Leaders from Campion School Hornchurch, who received Panathlon sports coaching last week.

Joe Playle from Havering Sports Development team co-ordinated the event and said, “It was fantastic to see two special schools and one mainstream school get involved. It was a  great day and experience for all involved!”

The eventual winners were Marshalls Park with 34 points, closely followed by Corbets Tey in 2nd with 32 points and Dycorts in 3rd with 30 points.

Well done to all involved ! Look forward to seeing you compete on January 30th in the first round of the 2012 Panathlon against, Barking & Dagenham and Hackney. 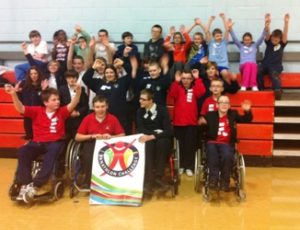