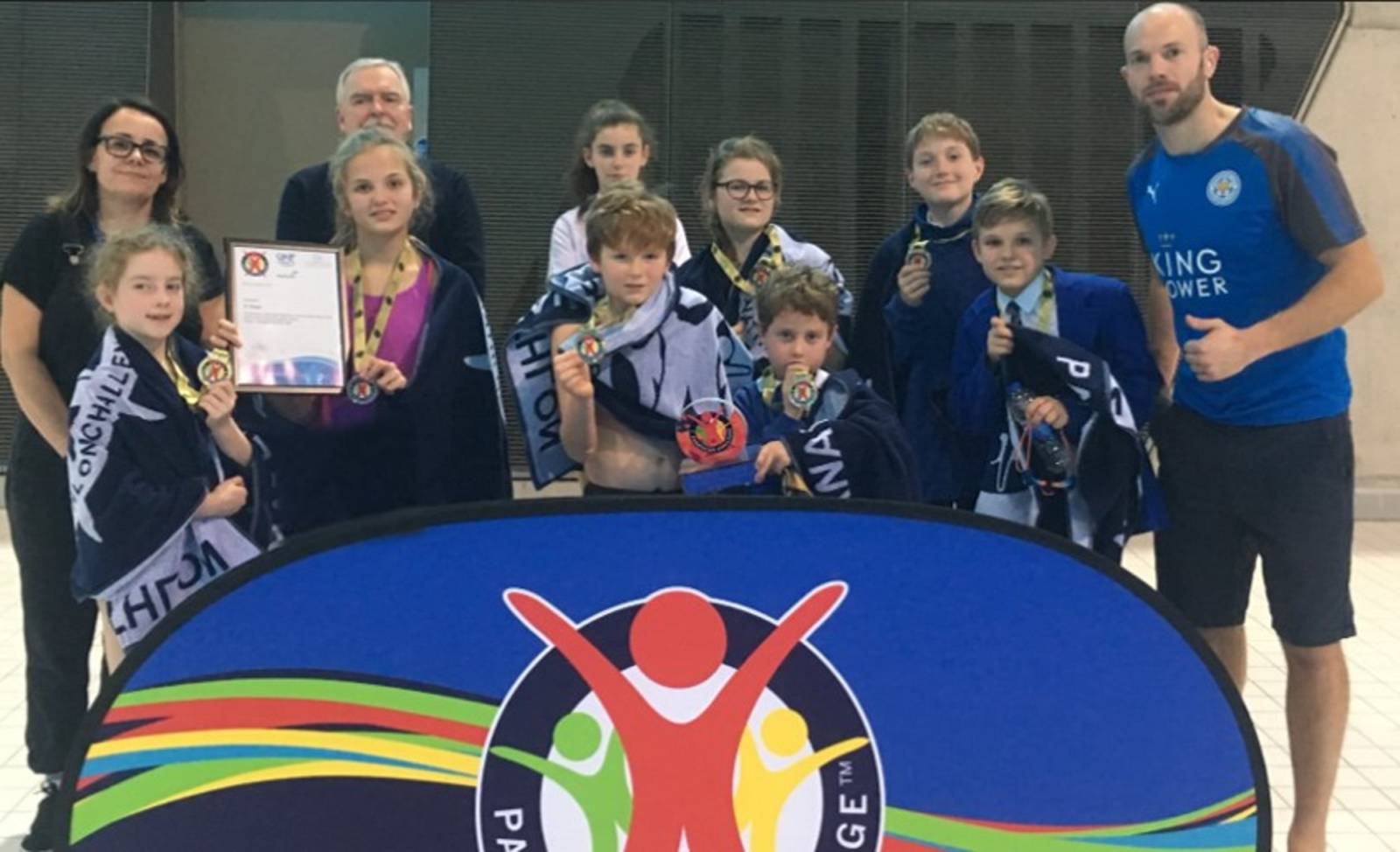 The St Albans-based school racked up 139 points in a superb all-round aquatics display, with Elmfield School in Bristol grabbing silver after totalling 107 points.

Frank Barnes School’s ‘Sharks’ team, from Camden in north London, took home the bronze medal with 106 points, as well as winning sets of Ducks for Change – kindly donated by the DM Thomas Foundation for Young People – after their success in the Treasure Hunt.

Heathlands’ success on the day was founded on victory in the 25m freestyle event as well as the freestyle relay and the raft race. Overall 95 children took part from schools across the country in Panathlon’s second staging of the competition.

Sean Priestley, teacher at Heathlands School, highlighted the enjoyment that comes from the children competing at prestigious venues such as the Aquatics Centre.

“It’s a great day out for the kids and it really is an amazing venue,” said Priestley. “The primary school children start swimming in Year 3 so most of them have been swimming since they were seven years old and they’ve had a couple of years’ experience and they love it.

“There is no other competition that I know of quite like this and it’s so well organised which is great.”

Jade Ariho of Elmfield School in Bristol added that giving their children the chance to compete is what makes these events so special. 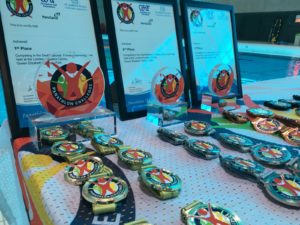 Ariho said: “Our bus left just before 7am this morning, the kids were really excited and they did really well considering they’ve had a really long day!

“It’s all about putting their hard work into practice so they can cheer each other on and achieve something really special. They love having the opportunity to compete and I think that is an important part of physical activity.

“For an event like this, they have the opportunity to see other deaf schools which is quite rare and it is a lovely thing for them to see. We take PE really seriously and we dedicate ourselves to a minimum of 30 minutes of physical activity a day so it is a privilege to bring our children to a place like this.”

The event was kindly sponsored by Ovingdean Hall Foundation who were represented on the day by Secretary to the Trustees, Jonathan Coe, who highlighted the doors that have opened for deaf children as a result of the work done by Panathlon.

“What I like so much is that kids from schools where they may only have one or two deaf children are joining in with others and getting involved in the events,” Coe said.

“They have been given the access for all kinds of sports which they may not have had. It’s very inclusive and it creates so many opportunities so I’m so pleased that it has continued to develop.

“You only have to look at the children to know they are competing and when you see the medal presentation, everybody is chuffed to bits that they have their t-shirt and their medals and it is a really big deal.”

Special thanks to Ovingdean Hall Foundation as well as William Edwards School for providing sports leaders on the day.

Panathlon’s Chief Operating Officer, Tony Waymouth, said: “Without Ovingdean’s support, school sport for deaf children would be a seriously neglected area of provision. We thank them for helping Panathlon to generate these kinds of activities that not only bring sport to these children but also an opportunity to meet and interact with their peers.”