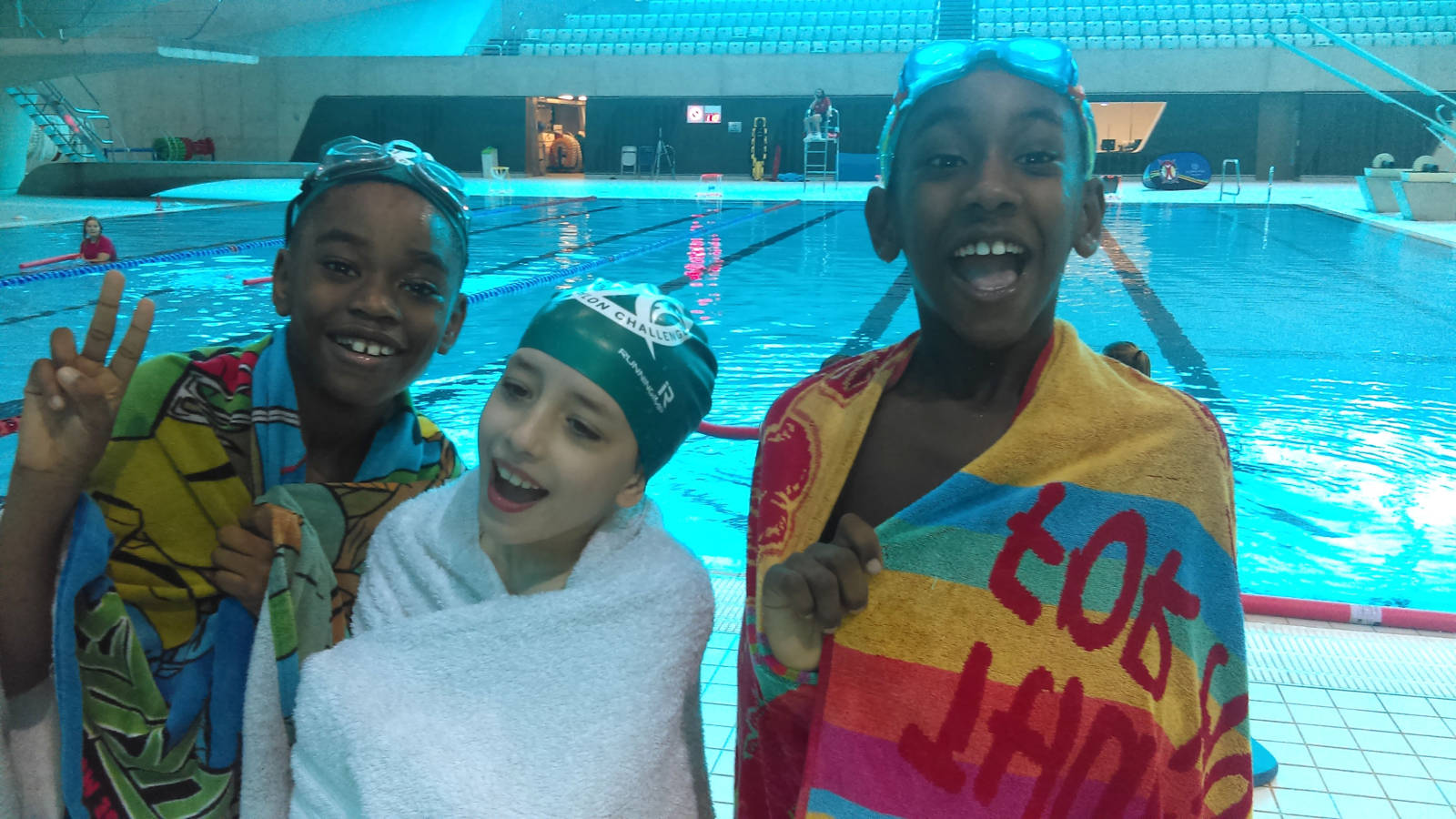 Such was the strength of the school for deaf children in St Albans that they split into two teams, named the Otters and Dolphins. It was the Otters who triumphed with 60 points, just edging out their stablemates the Dolphins by two points.

A team combined of pupils from Tanys Dell and Mildmay, from Harlow and Chelmsford respectively, went home with bronze after racking up 56 points.

Special mention must go to Royal School for the Deaf in Derby who battled through the inclement weather and awful M1 traffic to reach the Aquatics Centre almost two hours late. They were only able to take part in the final two races but totted up a respectable 11 points.

It was a triumphant return to the awe-inspiring Olympic and Paralympic pool for Heathlands after they took home the South of England Primary title last February.

Nicola Kerntiff, Teacher of the Deaf at gold medal-winners Heathlands, commented: “We’re delighted. It’s not all about the winning, of course, it’s just great for the children to be here at the Olympic Park.

“It gives them an opportunity to get into an environment that’s accessible and suits them. It’s not like when they join mainstream schools at events and feel like outsiders. Here they’re just the same as everyone else.”

Heathlands pupil Orion Rowley, 10, could barely stop smiling, “I’ve enjoyed it so much, especially the relay races,” he said. “Being here makes me feel like a professional swimmer!”

Helping the day’s Young Leaders from Colne Community School in Brightlingsea were Panathlon Ambassadors Jack Gair, our 2015 Jack Petchey Young Leader of the Year, and Jessica Oaten, a member of the GB deaf swimming squad. 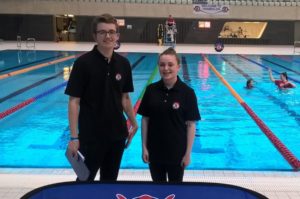 Jack, who is profoundly deaf and autistic, has a rich history with Panathlon as a competitor and volunteer. He has a long list of coaching qualifications and competes in many sports. He is now a full-time gym instructor and lifeguard and is a role model for the young deaf athletes on our programme.

He said: “It is wonderful to come back and help children who are deaf and disabled to improve their skills. I love to watch them enjoy themselves, like I did as a Panathlon competitor. I’m so proud to be an Ambassador. It’s great that children can look up to me as a deaf role model and I can give them inspiration for the future.”

Ritika Girdhar, 11, is a veritable Panathlon veteran having represented Mildmay Primary in multi-sports, boccia, swimming and bowling competitions. She said: “The day has been a lot of fun. I have made new friends and this has really boosted my confidence as I’m a non-swimmer. I was a bit nervous at the start but I got used to it. I’m very lucky to get this opportunity because not many people get to come to this huge stadium.”

Her teacher Simon Ash added: “We do a lot of Panathlon events and the kids always come away with smiles on their faces and feeling like champions. A lot of them aren’t particularly sporty, so this is their chance to represent the school and stand up front in assembly and get applauded for their efforts.

“Most of them come from families where they’re the only deaf person, so for them to come here and see loads of children the same as them, joining in and having fun is really important.”

Diane Upcraft, lead teacher at fourth-placed Rushey Green School in south east London, echoed those sentiments. “It’s such a brilliant experience,” she said. “It’s so good for their self-confidence and gets them working as a team. We’ve had one boy who didn’t want to get in the water initially but his team-mates put their arms around him and he swum in the next race.

“The organisation is spot-on and everything is so visual so they can clearly understand and see the instructions. If this were a hearing event they would be asking, ‘What do I do?’ and feeling isolated and disempowered from the start. Everything is so clear and they are really active participants.

“Panathlon provides that equal playing field, a real-life experience and of course a medal at the end. It means such a lot to them.”

Jack Norman, 10, from sixth-placed Glebe School in Harlow, said: “It’s been really fun and an amazing experience. I do swimming every Saturday so I love getting in the pool. I can’t believe I’m here, it’s really amazing. I don’t get the chance to compete at sport which is a shame because I love winning! My mum will be really pleased to see my medal tonight.”

The day’s Young Leaders from Colne Community School were observed by their teacher and learning leader, Jackie Mclannan. She commented: “It’s great for them seeing the kids doing well as a result of their help and it’s about giving something back to the community.

“They work well together as a team but doing leadership activities like this outside of their comfort zone is brilliant to see. It’s great for us as teachers to watch them and some have even learned how to sign!”

Many thanks to our sponsors the St. James’s Place Charitable Foundation, GLL and the Ovingdean Hall Foundation for making today’s competiton possible.