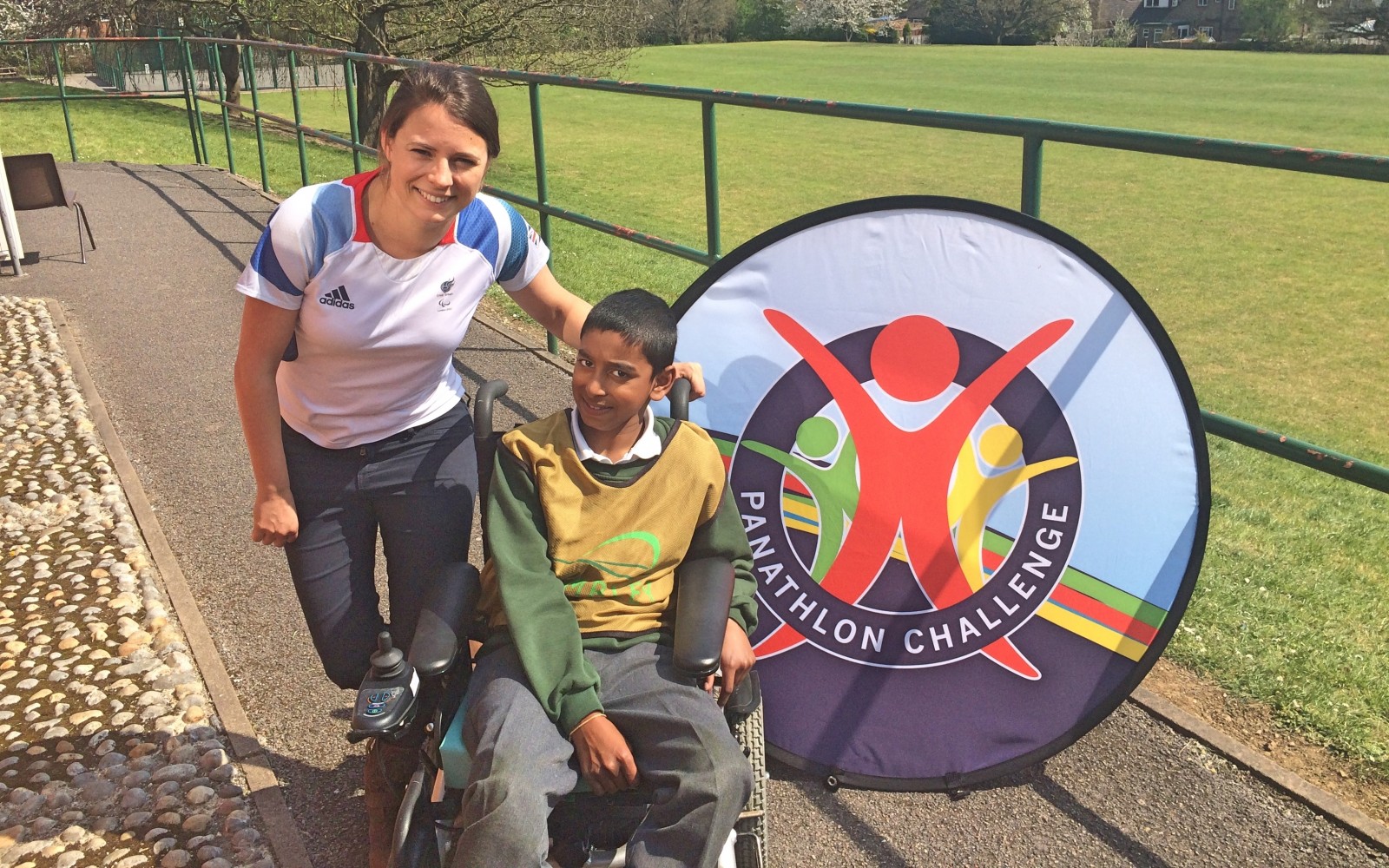 More than 50 disabled pupils from west London got some star treatment yesterday when triple-Paralympian Liz Johnson paid a visit to the Hillingdon Primary Panathlon at Coteford Junior School.

Back-to-back morning and afternoon sessions meant a total of 54 pupils got an introduction to Panathlon and the chance to build foundation skills in a range of sports, including new age kurling, precision beanbag, flight path, polybat and basketball shoot.

“It’s been great,” said Lorraine Veck, Disability Sports Co-ordinator at Coteford Junior School. “The kids have loved it and they are ecstatic to have Liz with us. They are all very excited and I think Liz is thoroughly enjoying it too.”

Coteford Junior School have embraced Panathlon for the best part of a decade and, as a mainstream school with a provision for special educational needs, seek to take a “whole-school approach” to Panathlon.

The school holds Panathlon sessions one afternoon a week, where students practice a range of Panathlon sports, and they already compete alongside local secondary schools as part of the Hillingdon team for the multi-sport Panathlon. 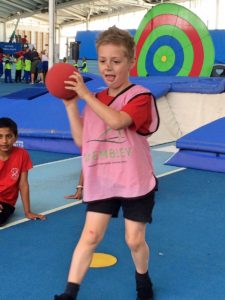 So when the Primary Panathlon programme began in earnest last year, the school leapt at the chance to be involved, even getting a group of their able-bodied pupils trained as Panathlon young leaders to help run events.

“Panathlon is a big part of our school” added Lorraine. “We’ve got children competing and our Year Five students are running the event. They have been trained by Panathlon to run the games, so we’ve made it a whole school thing.”

“The Primary Panathlon is a really good taster. We tend to use it as an introduction for Year Three students, to give them a taster of what it’s about before they go off to do the multi-sport Panathlon.

“It gives me a chance to see what their capabilities are like and if they can cope with the noise and everything about Panathlon, because some children can’t cope with that. Plus it’s good for life skills as well, turn-taking and that sort of thing.”

Some Coteford Junior students have already progressed on to the multi-sport events, just the sort of ‘stepping stone’ effect that the Primary Panathlon was designed for – to create the first steps on a sporting pathway for young disabled pupils.

Helping some of the youngsters through yesterday’s afternoon session was Kavindu Ranasinghe, one of Coteford’s most experienced Panathletes, who was on hand in a leadership role to offer advice and encouragement to the younger students.

Kavindu was named joint winner of the Wembley National Stadium Trust Primary-Aged Achievers Award in November 2014 and is an integral part of the Hillingdon team who finished second in the Panathlon west London final last month.

The Year Six student, who has cerebal palsy with spastic quadriplegia, has made huge progress in his time at Coteford. Unable to walk without a Kaye walker when he arrived at Coteford three and a half years ago, he has loved getting involved in disability sports and has gone on to represent the school in precision beanbag, boccia, wheelchair relay races and his favourite event, the wheelchair slalom.

Kavindu also plays new age kurling and polybat in school and, thanks to his determination and daily practice, his strength has improved hugely and he can now walk significant distances.

Liz Johnson said, “Kavindu is just one of thousands of primary-aged students across the country to benefit from Panathlon. He has shown that he can go on to bigger and better things by competing for Hillingdon at the west London finals.

“Thanks to funding partners like Wembley National Stadium Trust, Panathlon can deliver thousands of sporting opportunities to disabled young people and set them up for a lifetime of sporting participation.”

Read more about how the Wembley National Stadium Trust is helping to extend the Primary Panathlon programme and create a sporting pathway for thousands of young disabled people across the capital. 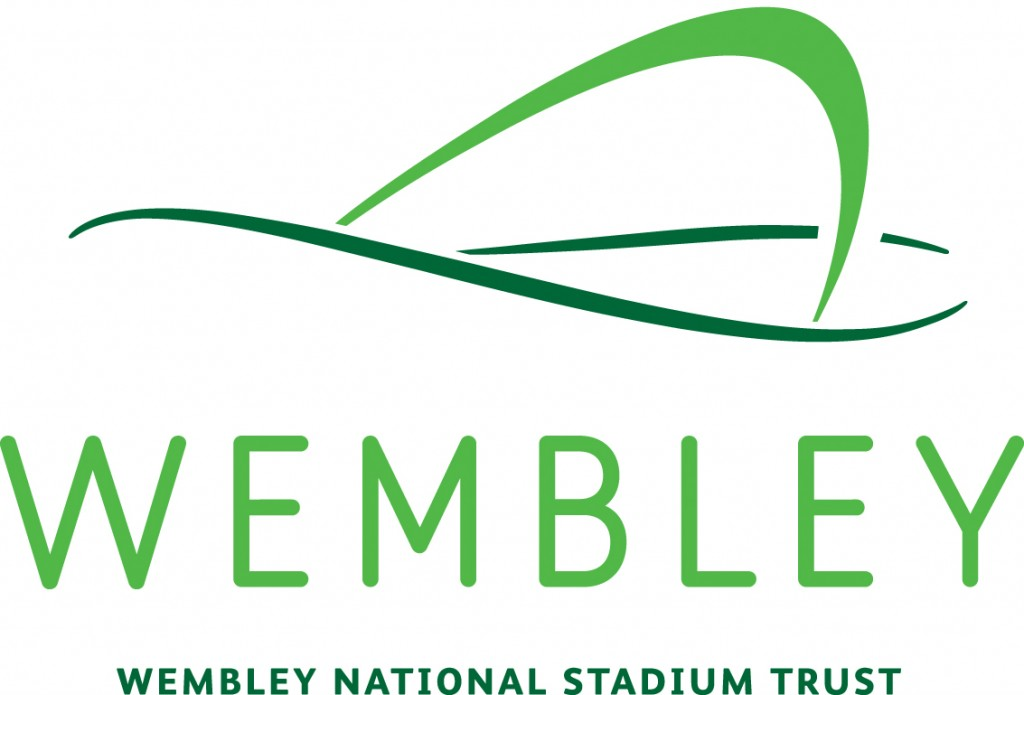