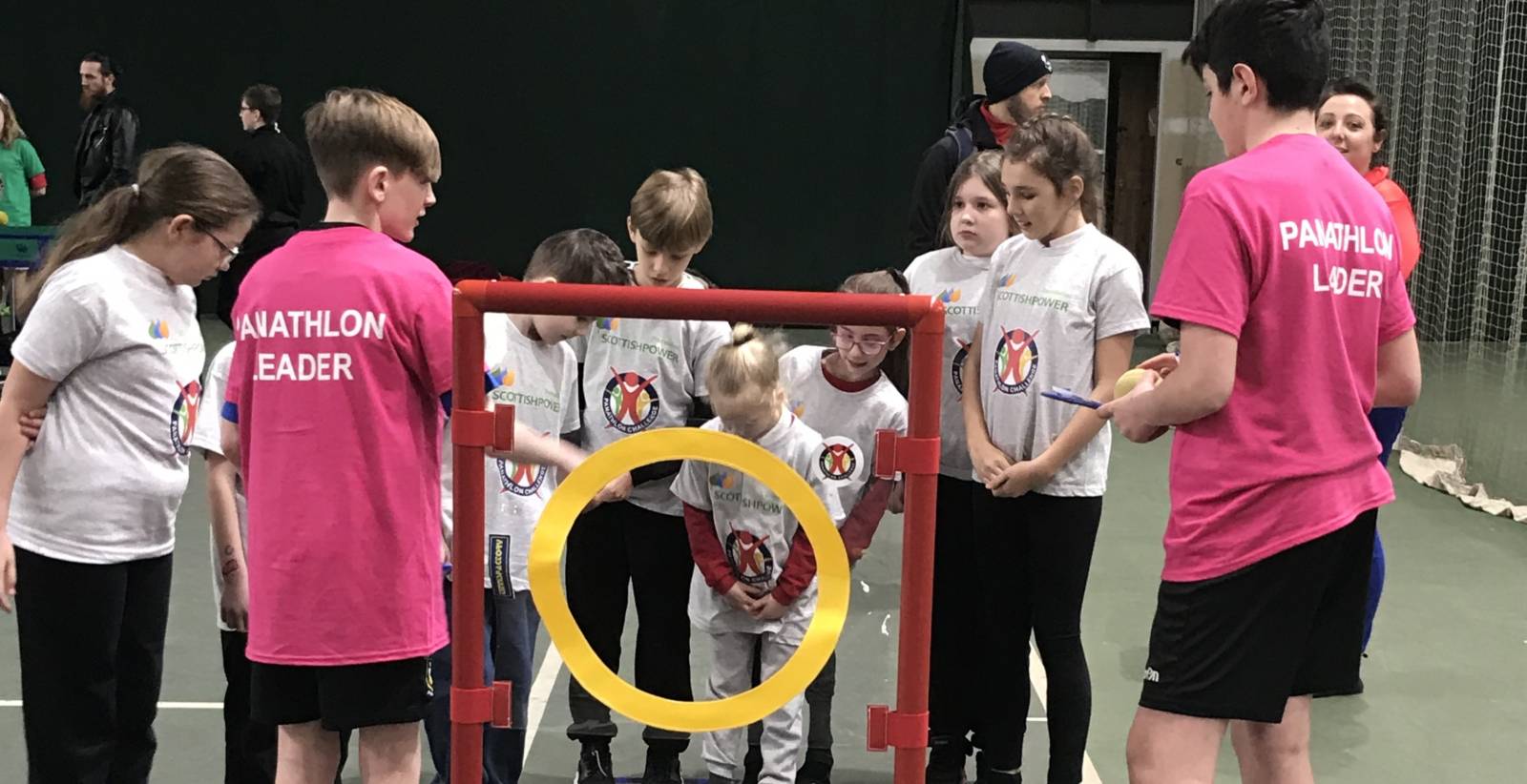 Panathlon’s Primary programme in London took a big step forward with a double competition at Sutton Sports Village which one young athlete described as “the best day of my life”.

The Primary Panathlon event for the London Borough of Sutton first launched two years ago, but the 2020 version (held on Thursday 30 January) needed a new, bigger venue, such was the demand from local schools. A total of 13 attended, making up 16 teams, competing in two groups of eight.

Overall winner Tweeddale Primary, from Carshalton, won the St. James’ Place Charitable Trust group. Lead teacher Georgina Mclean said: “The children competed in a variety of well-organised activities, each of which they thoroughly enjoyed. Many of the team commented that their favourite was the boccia blast as it wasn’t anything like they had experienced before.

“The children were extremely excited to learn that everyone who took part got a medal and a certificate and were quite content with this thought. To then win not only our mini competition but overall was something that the children were so elated with and will still be buzzing in the days to come.

“One child even commented that it was the best day of his life as he never gets selected for a team, let alone win anything.

“Thank you so much to all of the organisers and sponsors for allowing us to take part in such a well organised and prestigious event.”

Other participating schools also expressed their admiration for the day’s activities, including Matt Warmer, Sports Development Officer of the LEO Academy Trust.

“The Panathlon was a superb event that was thoroughly enjoyed by all of our pupils and staff,” he said. “The atmosphere in the room was fantastic with everyone encouraging each other and seeing all the smiles on the children competing made me think that we need to provide more opportunities like this for our SEN children.

“One child stated that it was the best school event she had ever been too” and another said, “I’m so happy, this is the first medal I had ever won.’” 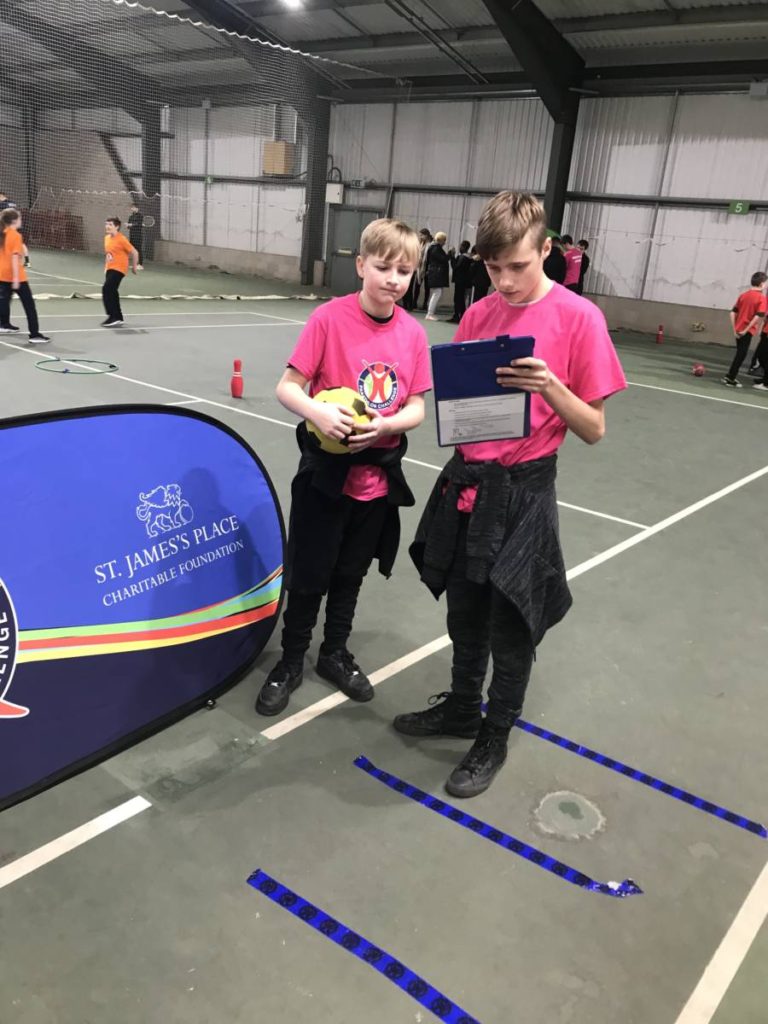 Jake Stratton, lead teacher for PE and extra-curricular activity at Carew Academy, who supplied two teams and 13 SEN leaders, said: “Carew Academy had a fantastic day at the Sutton Primary Panathlon. Our leaders had some training prior to the day from Sutton SGO, Tracey Milburn, and this ensured rules and regulations were followed and explained and made the leaders feel a major part of the day.

“The students loved it! The events were at the right level for them, there was a wide range of events to prevent boredom and the organisation was first class to ensure they had an action-packed afternoon.

“We are very keen to be part of Panathlon as much as possible in the coming years and have discussed with Tony [Panathlon’s Chief Operating Officer] the opportunity for our leaders to do an in-school Panathlon.”

Tracey Milburn , Sutton’s School Games Organiser, said: “”This is becoming my favourite event! So many people are included from leaders to mainstream and special schools, all doing their upmost. A huge thanks gooes to Sutton Tennis Centre and Better Leisure for offering the use of two indoor tennis courts for free to run this event.”

Special mention must also to go the 36 leaders from Carew Academy, Carshalton Boys and St Philomena’s schools who did a brilliant job all day.

There are hopes to expand activity in Sutton next year with the addition of a Key Stage One event and a Secondary event.

Tanya Osborne , teacher in charge at St Philomena’s, said: “What an experience for the girls! Being involved with disabled young people has opened many of their eyes to what people can do and we hope to develop further leadership opportunities with Panathlon.” 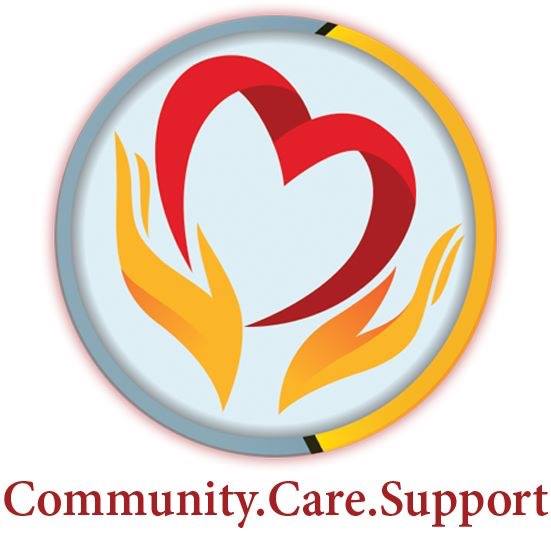