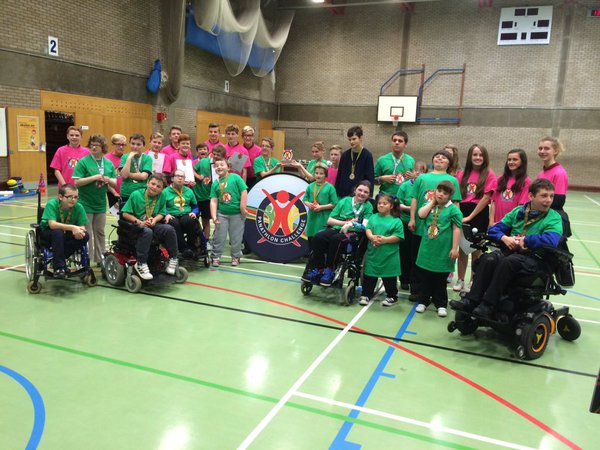 The Hunts team took the title with a head-to-head victory after points and countback on the number of events won could not separate them from defending champions Granta School.

Highfield School from Ely managed to get between the two in the kurling and polybat events but the competition was decided by the head-to-head in the afternoon’s athletics races.

A full breakdown of scores can be found in the results table.

The Hunts SSP will now represent Cambridgeshire at the Panathlon east regional final, to be held in Braintree, Essex in March 2016.

One Leisure St Ives proved an excellent venue and St Ivo School provided 14 outstanding Year 9 sports leaders who were supported by three staff from our sponsors Irwin Mitchell, who also presented trophies and medals to the teams.