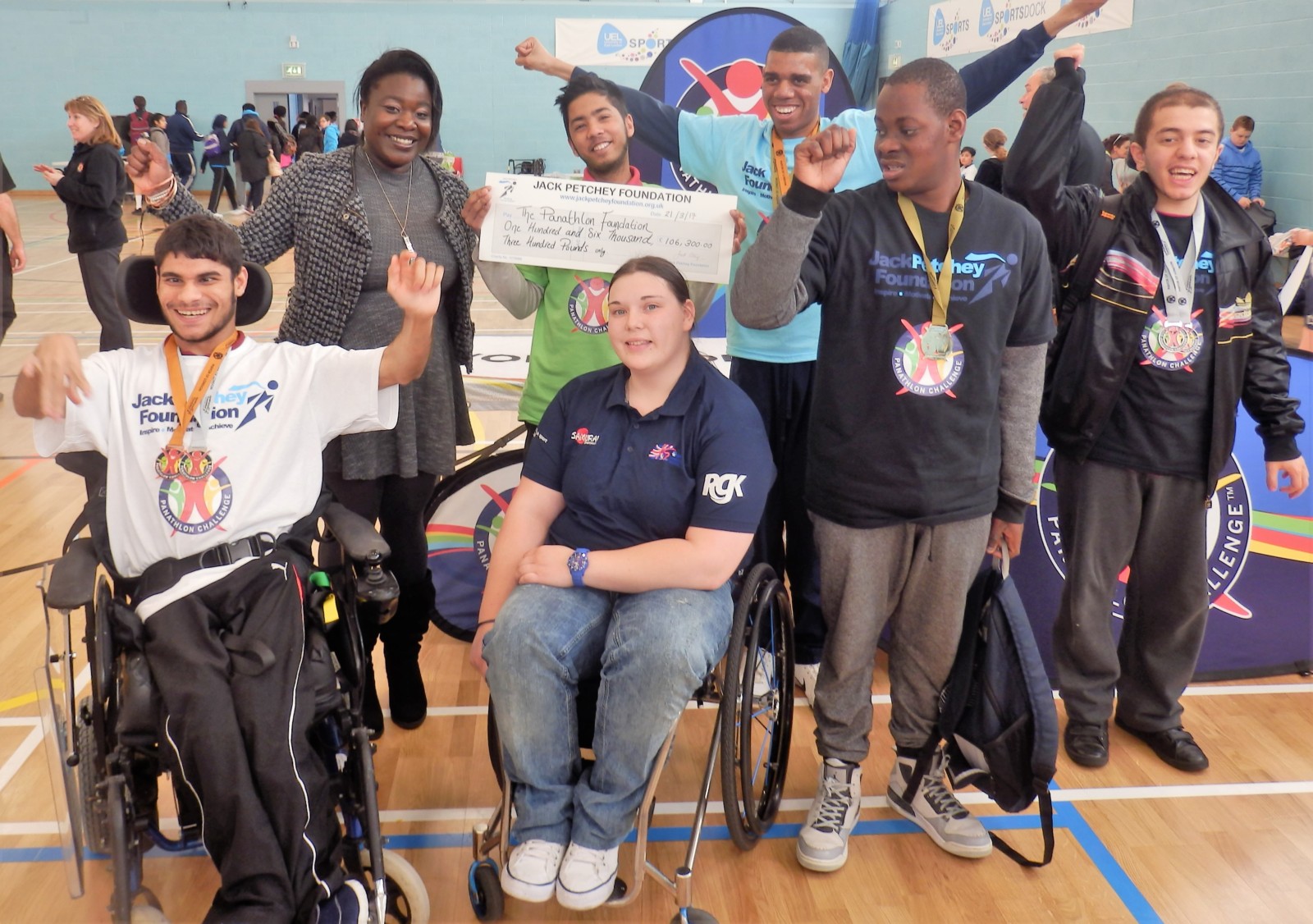 The Foundation, which has supported Panathlon’s work in providing sporting opportunities for disabled young people in London and Essex for 13 years, has handed over a cheque for £106,300, meaning that its total investment in the charity has now exceeded £700,000 since 2004.

The cheque was presented at today’s East London final to Panathlon ambassador and GB wheelchair basketball international Freya Levy, by Schenell Stephens, Grants Officer for the Jack Petchey Foundation (pictured above and below right). 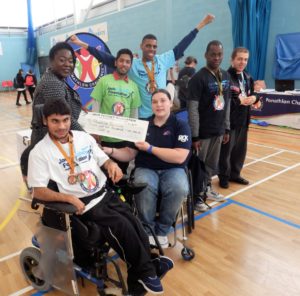 Freya Levy said: “Thanks to this support from the Jack Petchey Foundation we can get many more young people involved in Panathlon. Ever since London 2012 the awareness of the power of disability sport and what it can do for young people has increased. I only wish Panathlon was around when I was at school!”

Schenell  said: “Panathlon provides a fantastic opportunity for young people with disabilities to engage in sport and with each other. It’s great for us at the Foundation to come along to these events and see the impact our funding is directly having on the lives of so many school-children thanks to Panathlon.”

The cheque will enable Panathlon to support 2,400 children in specially-adapted sports across 50 competitions in London and Essex. It will also fund over 50 courses to train 555 Young Leaders, support staff and coaches. 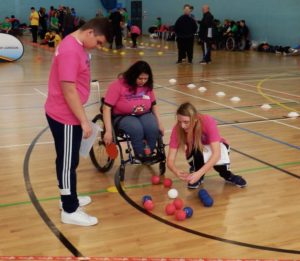 Schenell added: “We are also very proud that this funding will help to engage hundreds of Young Leaders to deliver the programmes, such as the 31 here today, where students from the University of East London are buddied up with SEN children from the local New Vic College. ”

Some of Leaders working at the East London Final pictured here on the left.

Panathlon’s top individual honour is the Jack Petchey Outstanding Achievement Award. This was presented to Colchester teenager Ethan-Beau Howes, in November last year, along with sporting and Young Leader Awards.