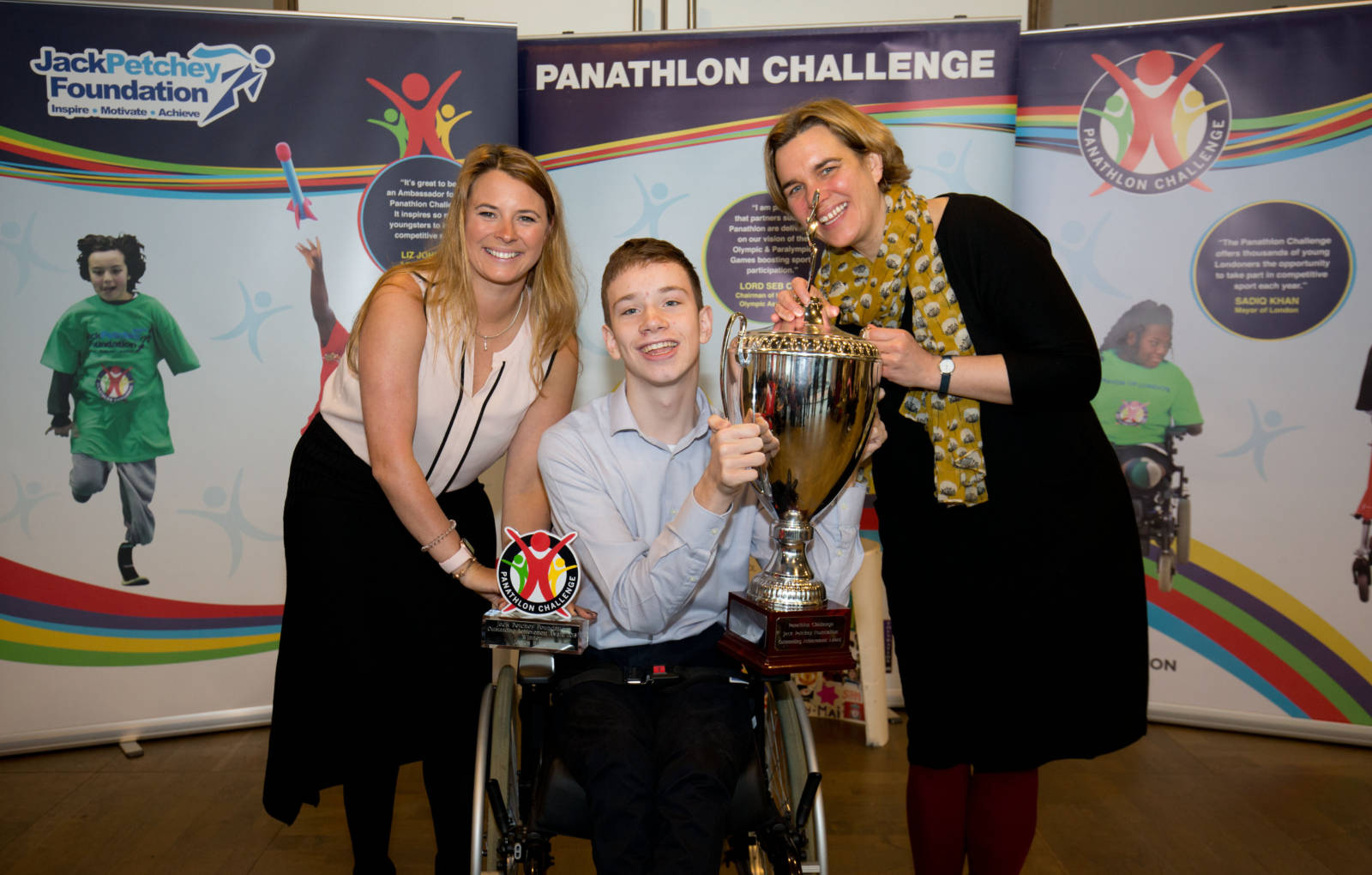 The Foundation, which has supported Panathlon’s work in providing sporting opportunities for disabled young people in London and Essex for 14 years, has agreed funding in 2018/19 of £123,465, making a grand total of £963,495 donated since 2004.

This year’s investment will see a record 90 competitions take place across London and Essex involving over 4,000 young disabled people and a further 90 courses and ‘educational’ days throughout the year benefiting another 1,000+ young people and coaches.

Sir Jack Petchey said: “I think sport is important for all regardless of your ability. The Panathlon Challenge gives young disabled people the chance to develop their skills, be part of a team and feel the joy and motivation created by taking part in an exciting competition with their peers.

“We want all young people to know that if they think they can – they can! We are very proud of the young people who are part of the Panathlon this year – well done all!”

She said: “It’s a real honour for us to have such a long-standing partnership with Panathlon. It’s wonderful to witness how much young people get out of the opportunity to compete in Panathlon competitions and fulfil the role of Young Leaders.

“We have donated almost a million pounds to the charity over the last 14 years and it’s amazing to see today yet more examples of the difference that has made to young people’s lives.”

Panathlon Ambassador Liz Johnson, the tripe Paralympic medallist swimmer, commented: “We are hugely appreciative for the support we have received from the Jack Petchey Foundation over the last 14 years.

“Without it, none of today’s prize-winners would have benefited so profoundly from Panathlon’s competitions, not to mention the thousands of other participants in London and Essex whose lives have been changed by the charity’s work.”