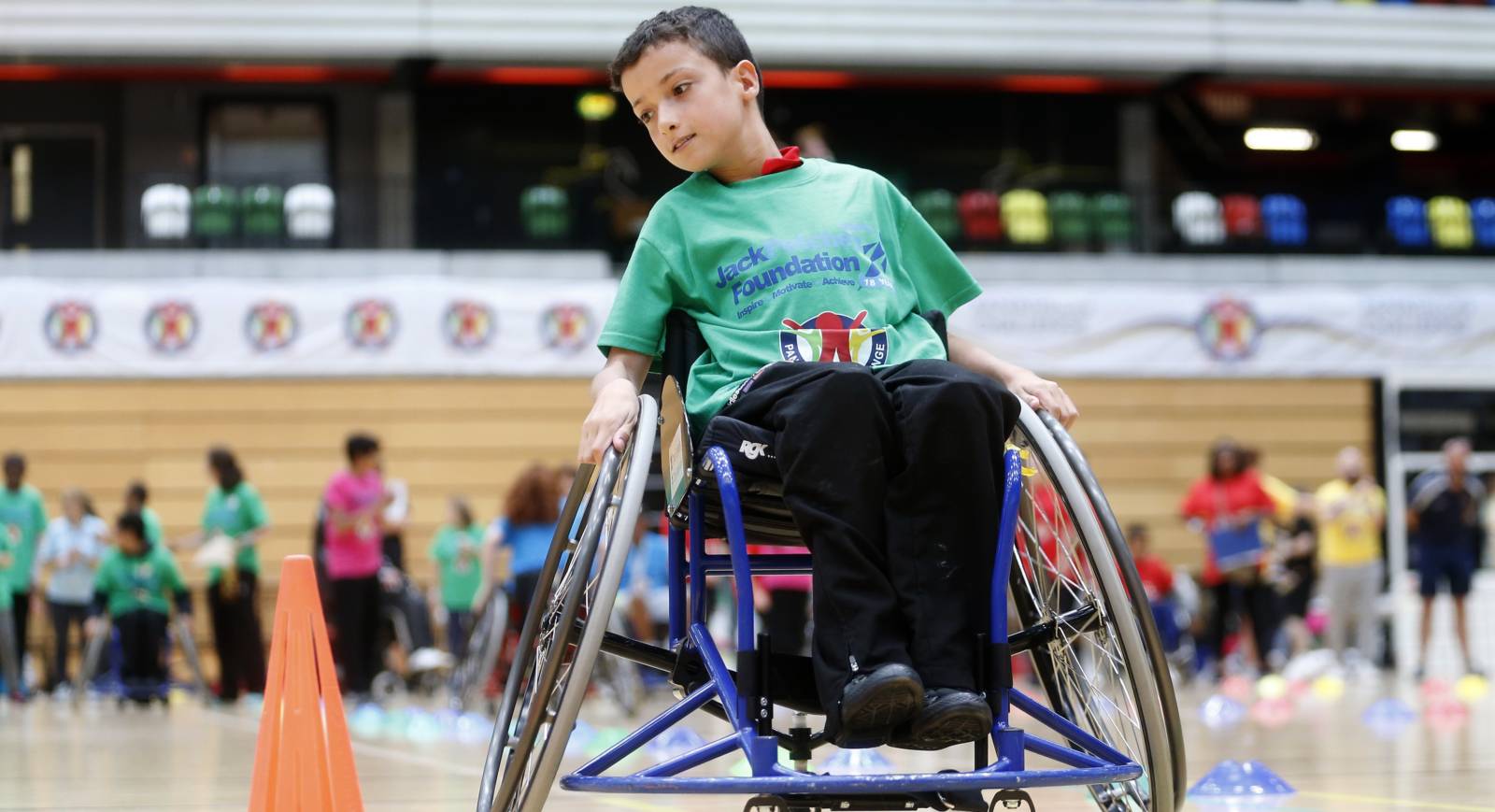 As the partnership between Panathlon and the Jack Petchey Foundation enters its 15th year, funding received from our longest-serving supporter is set to pass the £1million mark.

The Foundation, which supports Panathlon in providing competitive sporting opportunities for young people with disabilities and special needs in London and Essex, has agreed to donate £128,350 for the 2019/20 academic year, pushing its total funding to more than £1 million.

This year’s investment, as the Foundation marks its 21st birthday, will see a record 95 competitions taking place across London and Essex involving over 4,500 young disabled people, and a further 85 courses. There will also be educational days throughout the year benefiting over 1,250 Young Leaders – young people that assist the smooth running of Panathlon events.

Ever since the Foundation’s first grant to Panathlon of £8,000 back in 2004, they have helped enrich the lives of tens of thousands of young people with disabilities and special needs by providing opportunities to engage in competitive sport that they are so often otherwise denied.

Thanks to the Foundation’s support, Panathlon have also been able to create the Jack Petchey Outstanding Achievement awards. Recently, the 11th edition of these awards took place in the heart of the East End, within the Queen Elizabeth Olympic Park. 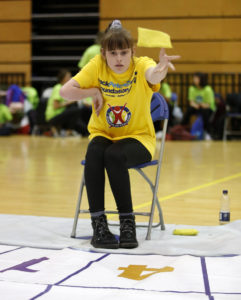 The impact these awards can have is exemplified by the recipient of our top award in 2015, Georgie Hart (right). She says her Outstanding Achiever award gave her the confidence to take part in wider society, including giving anti-bullying classes, public speaking and competing in the Paralympic sport of club throwing.

Now, having left school after competing in Panathlons for seven years, she is back helping us and has recently undergone a Young Leaders course where she will put her new-found skills to the test, helping the next generation in 2020.

Georgie said: “Being part of the Panathlon family means a huge amount to me. The support I have received from them and the Jack Petchey Foundation has been so important in giving me opportunities and making me who I am today. Thank you all!”

Sir Jack Petchey CBE commented: “I am so proud we have supported the Panathlon Challenge for 15 years and reached the milestone of investing £1 million. I see it as an investment in the future, enabling young disabled people to reach their full potential.

“As a youngster I was passionate about sport and I think everyone should get the chance to take part. Young people with disabilities should get as much chance to be inspired by sport as anyone else. The enthusiasm, determination and joy on the faces of the young people at Panathlon events often moves me to tears. They prove our motto, ‘If you think you can, you can!’” 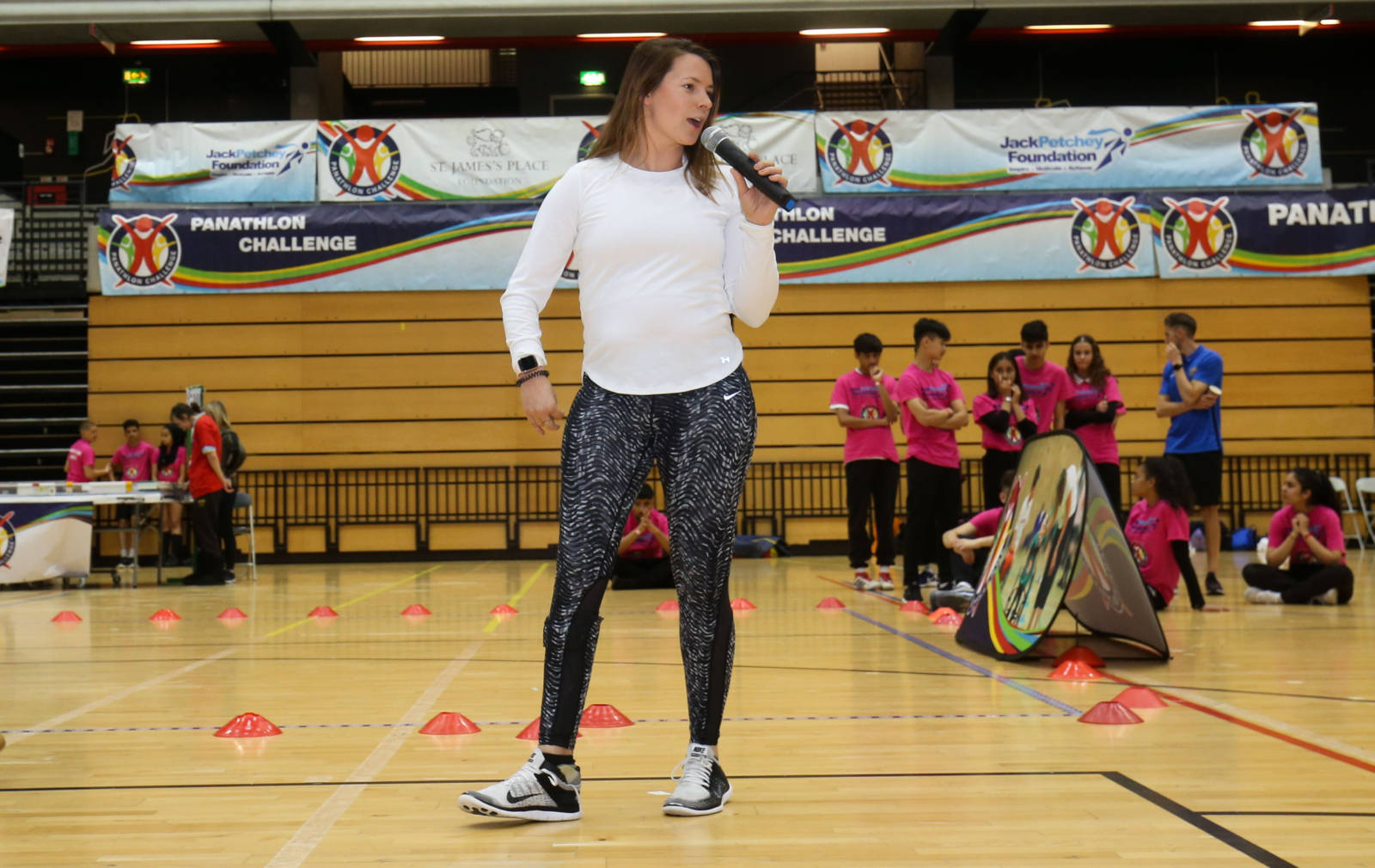 Liz Johnson (above), Panathlon’s Paralympic gold-medal winning Ambassador, said: “It’s fantastic to have this long-term support from the Jack Petchey Foundation and once again they are investing in the young people of London and Essex. I have seen myself on so many occasions, how Panathlon has meant that young people are more confident and have higher self-esteem due to either taking part as a competitor or a Young Leader. We look forward this year to working together in partnership once again.”

Thank you once again to the Jack Petchey Foundation for all your support over the last 15 years!