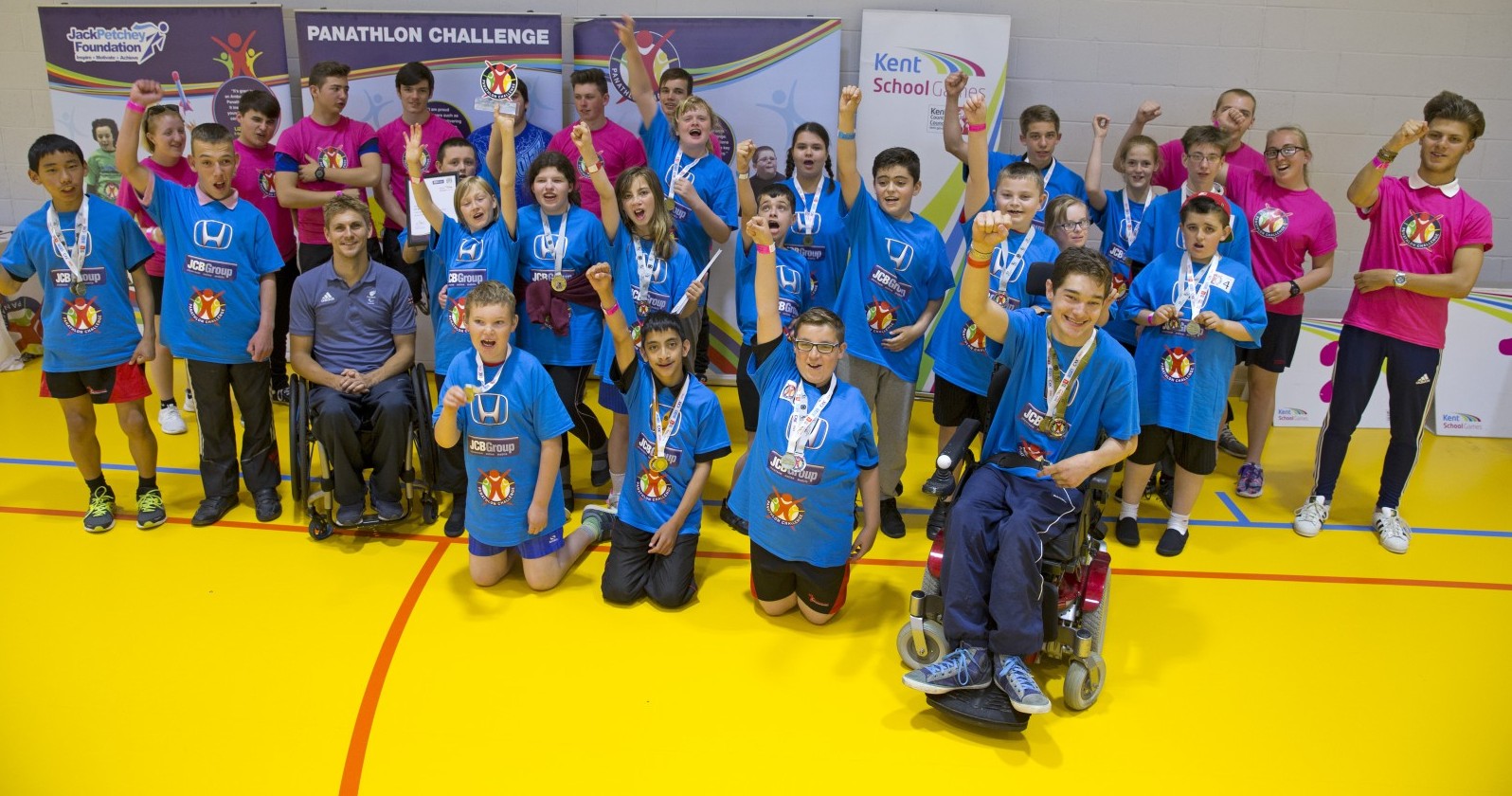 Panathlon hosted the Kent Finals today at Polo Farm Canterbury with the 4 teams who qualified from earlier rounds competing. They were the locals Canterbury, who joined Ashford, Dartford and Sheppey & Sittingbourne teams to play for the 2016 Kent title.

The competition was very close. After the 5 morning sports, 3 teams were going into the athletics races with just 2 points separating them. It was the races that decided the competition with Ashford taking the title, and resuming their position as Kent Champions! A full set of results can be seen here.

Shane from Canterbury jumped into 3rd place in the Panathlon Counties Record Books with his long jump of 2.24metres, and both Billy from Sheppey & Sittingbourne and Josh from Canterbury scored a 56 in the bean bag, the maximum score.

Steve Brown, Paralympian and captain of the GB wheelchair rugby team in 2012, was also with us awarding medals and inspiring the competitors. 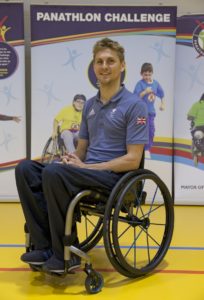 Eloise Wiggins-Wilson from Wyvern School commented on the star performances from the Ashford Team, “Jordon demonstrated excellent sportsmanship in the Polybat competition. Harry took part in both the powerchair and wheelchair races, showing determination and hard work. We had another great day. The team are very keen to take part in the South England regional finals again, representing Kent.”

Iestyn Huotari from St Anselms Canterbury said, “Our team came third. They love the day, amazing from everyone involved. I was encouraged to see great team spirit, the player encouraging each other. Panathlon gives my students self-esteem, it gives them the confidence to try new things.”

Eleven leaders from The Malling School supported the competition, by officiating the competitions and being involved at Panathlon for the second time this term.

Many thanks to JCB Group, Charles Harris Academy & Kent School Games for their support this year. 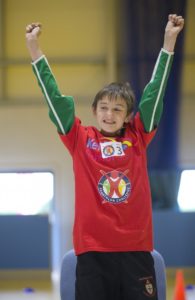