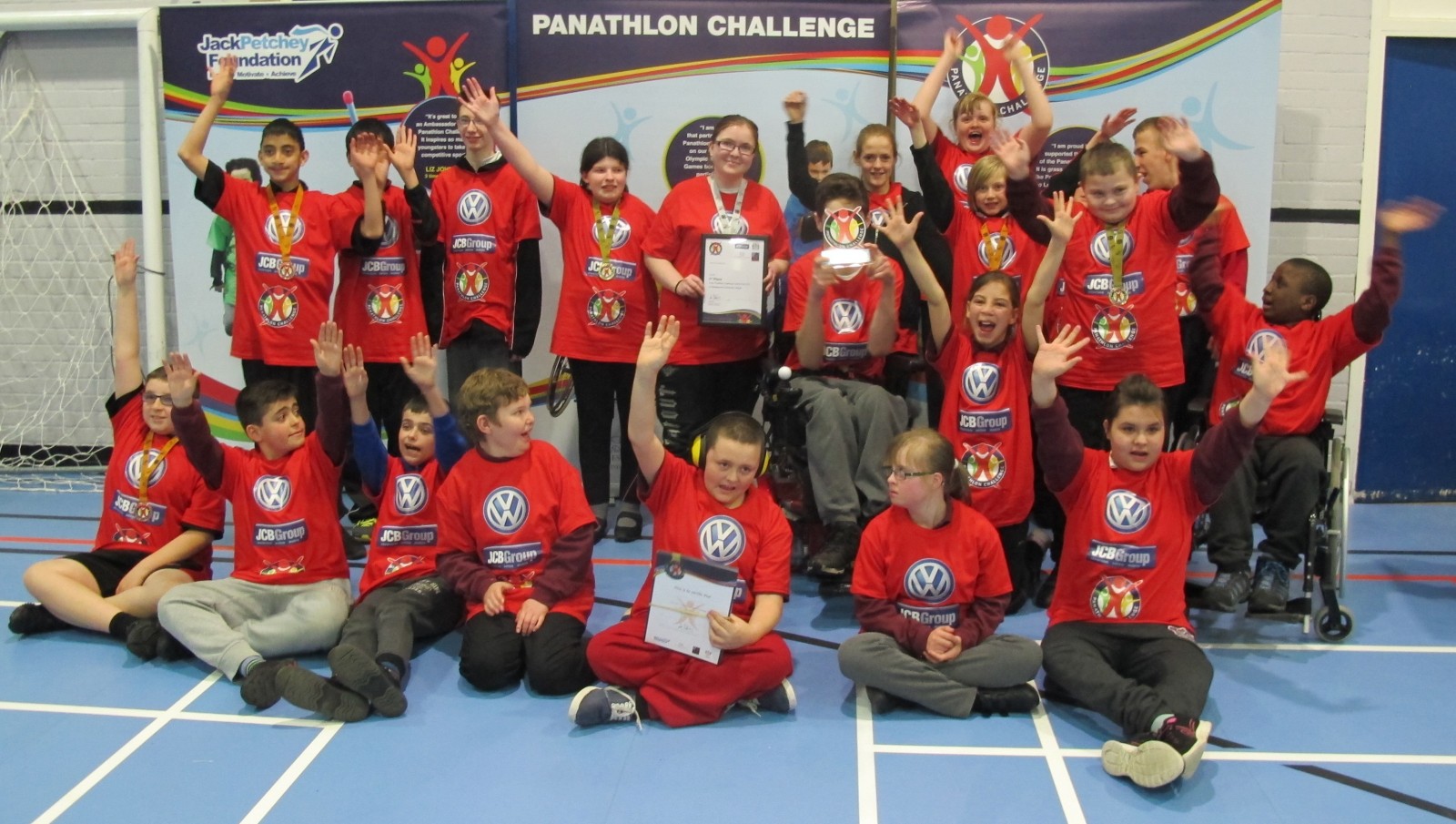 The four finalists in the Panathlon Kent Sport and School Games have been decided, following a busy period for the charity in the county, with 234 children competing in three regional multisport events involving 18 schools and 49 students officiating.

Dartford, Ashford, Canterbury and Sheppey & Sittingbourne will go head to head on July 5th at the Polo Farm Sports Centre for the right to be crowned Kent champions.

Dartford (pictured in green above left) were the first team to book their place in the final, after winning the West Kent event at The Malling School in West Malling, where 68 competitors from seven schools enjoyed a very close competition.

Dartford won the boccia, kurling and polybat events on the way to an excellent total of 50 points – eight more than Tonbridge & West Kent and Malling & Sevenoaks, who couldn’t be separated.

Next up was the Central Kent competition at Sittingbourne Community College, which attracted 76 competitors from five schools.

However, Sheppey & Sittingbourne also qualified for the final as the best second-placed team across the three regional competitions.

The victories were shared between Ashford, Sheppey & Sittingbourne and Meadowfield, who all scored two wins apiece. 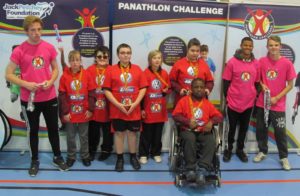 The final regional Kent event – for East Kent – took place on May 18th at Ursuline College in Westgate-on-Sea, where 90 competitors from six schools participated. 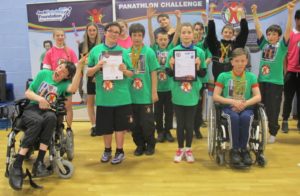 Canterbury (pictured left in green) excelled, winning the competition by 16 points, the largest margin of all the qualifying teams.

The other three teams came to the athletics races all tied on 32 points, but Thanet took second place, Dover third and Shepway fourth.

See the results from all three Kent competitions here.

Panathlon will also be busy this term in Kent with a swimming competition and a Primary event, so there will be plenty more news to come from the county.

Thanks to Charles Harris, the JCB Group and Kent Sport for their support.