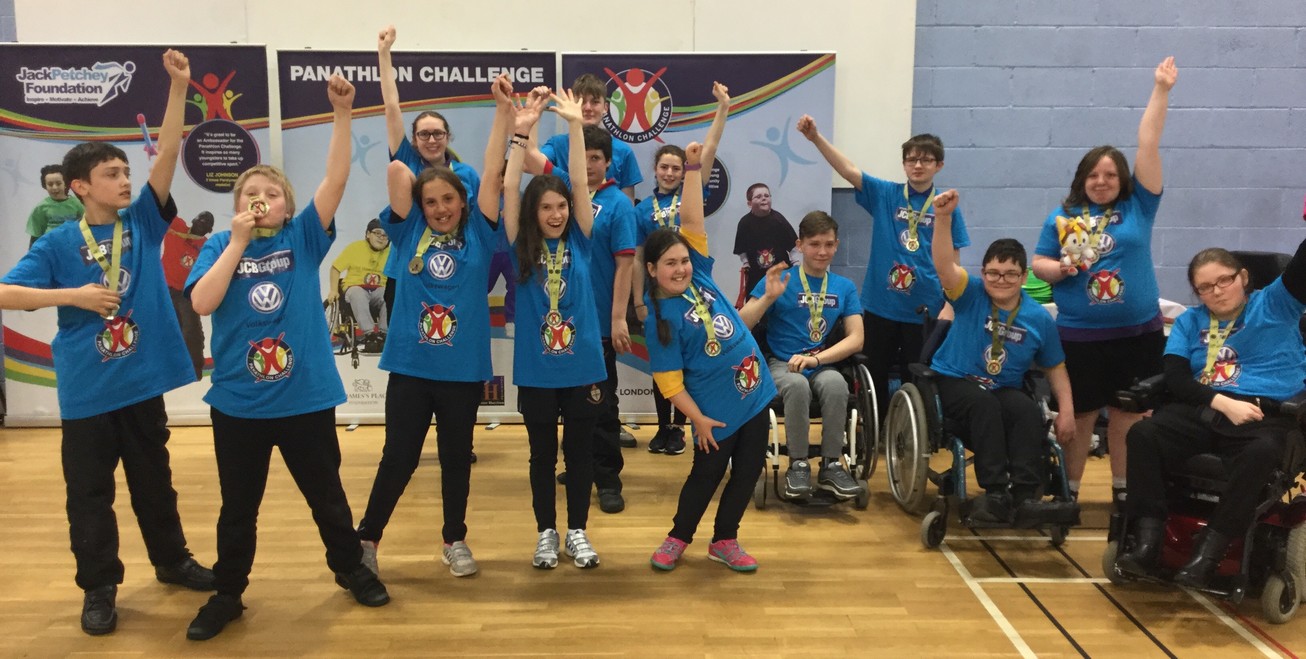 Panathlon have been busy over the last week delivering three Kent competitions; Ursuline College for the East Kent teams, Oasis Academy Isle of Sheppey for the Central Kent teams and the Malling School for the West Kent teams.

In all we welcomed 160 competitors from 13 schools, with the additional help of 54 Young Leaders in support.

The most impressive result was by Sheppey & Sittingbourne winning by 56 points at the Central Kent qualifier. They won all but two sports and seem to be the in-form team coming into the Kent Finals.

At this competition, Bradfield’s Medway Chatham team came second, their best result so far in the Panathlon, and they put last year’s Kent Champions, Ashford, out of the qualifying places into third spot. See photos here.

In the other two competitions, the results were close. At Ursuline college, in the East Kent competition, Canterbury (pictured top of the page) just pipped Shepway to first place with 54 points to 52. However, both teams qualified with Shepway being the highest 2nd placed team across all the competitions.

It will be their first appearance at the multi-sport finals, although, having competed recently at the Panathlon swimming finals, they’ve shown they can perform under pressure, at the iconic London Aquatics Centre.

Canterbury go through to the Kent Final as champions in this qualifier, and will be back in the finals line-up having missed out last year. See photos from the day here.

At the West competition, Gravesham just beat Tonbridge & West Kent, again by a two point margin. This small margin came down to just one race in the athletics events. Malling & Sevenoaks finished in third, only 10 points behind the winning team, such was the quality of all the teams & how close the overall competition was. Results are here. 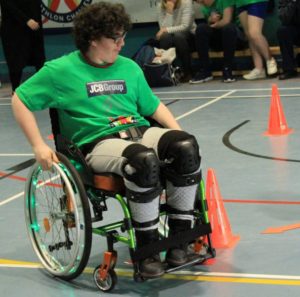 At this competition we learned about Owen’s story from his teacher at Nexus School as part of the Tonbridge & West Kent team. “Owen has taken part in the Panathlon for a number of years, but over the last couple of events it has become apparent that his NHS wheelchair just wouldn’t go as quickly as he wanted in the races.

We approached a local charity for help in getting Owen a sports wheelchair. He was successful in his bid and today was his first competition in his new chair. To top it off, he finally won gold in the wheelchair slalom and also in the wheelchair races! Yes, he is VERY pleased. Thanks to Panathlon for inspiring his competitive edge!”

Other sporting achievements of note include a new Counties record in the Standing Long Jump with the Sheppey & Sittingbourne team, with 2.68 metres. For photos of the day, please click here.

We must also thank our 54 Young leaders over the course of the three competitions, who were all trained in a day long course first, and then deployed to officiate and organise over each of the three venues. We couldn’t do it without you, so huge thanks for your time and expertise! Some of our leaders from the Malling School are seen here on the right.

We look forward to seeing all these teams at the Kent Multi-Sport finals on 27th June at Polo Farm.

For a full set of results please see here.

A huge thanks to JCB Group for their support of the Panathlon first round competitions in Kent this year. This marks the 5th year of support in Kent from the JCB Group who also provide Panathlon with support in their national vehicle requirements!