Kent today edged past Berkshire to claim the first Southern Regional title, with Surrey just behind in third.

We’re all very proud,” said Eloise Beasley, Head of PE at The Wyvern School. “It means so much to the kids and lifts them, but it’s not just the winning. It gives them something to talk about. It’s been a really good day. Panathlon is inspiring, it is confidence-building and it makes us all very proud.” 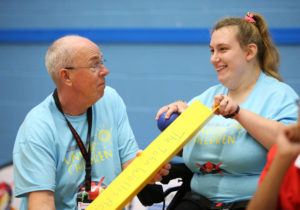 “It’s been fantastic,” said Elaine Addison, Senior Welfare Officer at John Wallis Academy. “The kids love to come out and love to compete. There aren’t that many opportunities around for them to do that, so this a fantastic opportunity that they enjoy coming to year after year. It gives the kids a buzz. It makes them feel that they can achieve something. They love it.”

Charlotte Whale of John Wallis Academy, said: “It’s been brilliant. I love the fun of Panathlon. It doesn’t really matter if you win or lose. It’s just great being able to take part.” 19-year-old, who has cerebral palsy, helped her team to second place in the boccia and was part of the winning relay team.

Team mate Ollie Bourne, also a John Wallis student, echoed Charlotte’s thoughts, saying: “It’s great fun at Panathlon. I love days like this. We all get out as a team, we work really well together and support each other.

The 17-year-old, who has Perthes’ Disease, a weakening of the hip joint that occurs in some children, put in a great display in the shot putt and javelin to help his team to second place in the athletics field events, before a heroic performance in the self-propelled manual wheelchair relay race. Taking on the team relay on his own, Ollie was only pipped to second place by the two-person Berkshire team on the very last leg, with his solo effort finally taking its toll.

“We’ve done Panathlon for a few years now, so it’s something we really look forward to. People are really friendly and it’s a great day to come to,” he added. 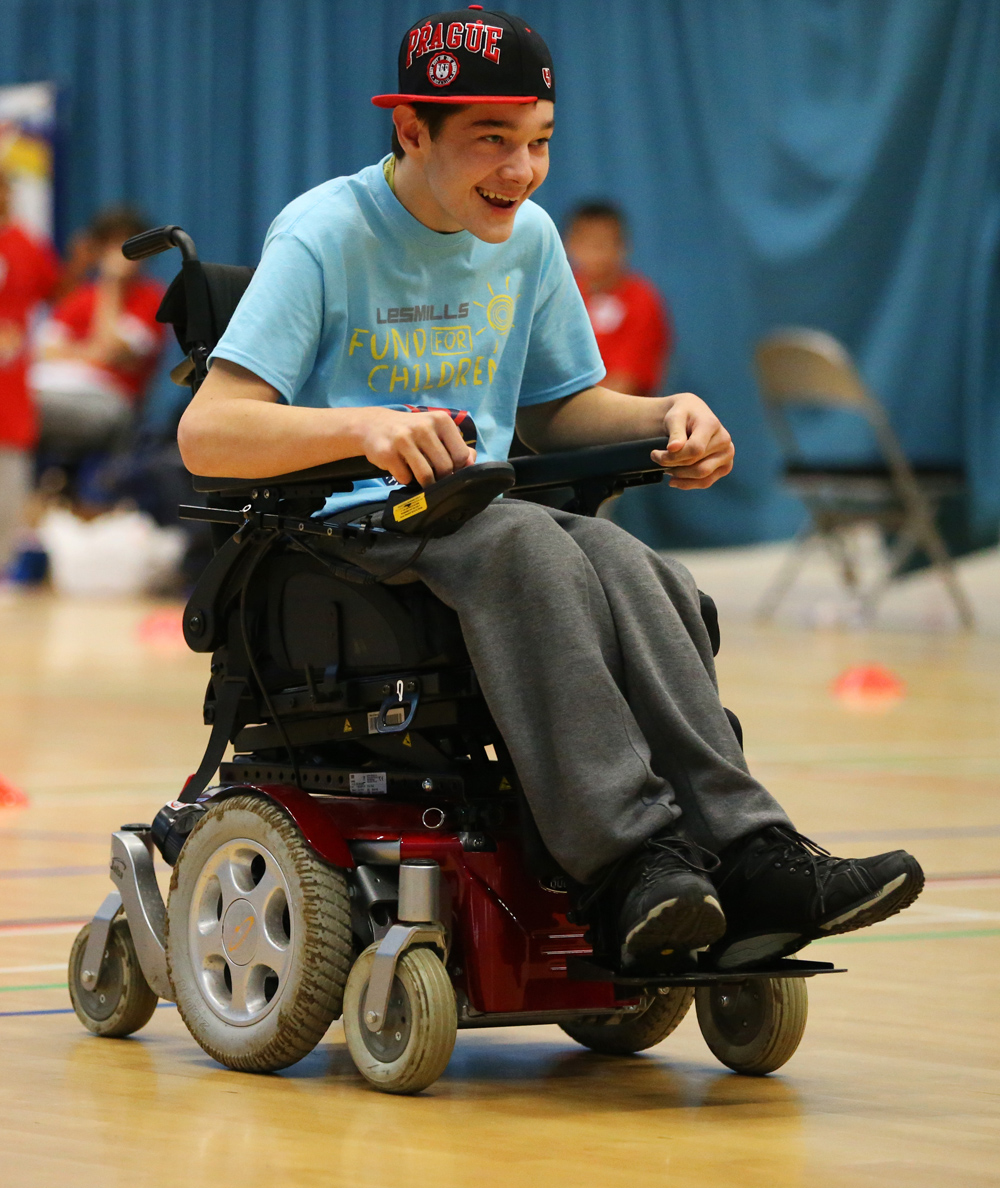 The two Ashford schools have formed a close partnership through Panathlon, which not only strengthens the team but has benefits beyond the sporting arena.

“It’s great for the kids to team up with children from John Wallis Academy,” said team manager Beasley, whose Wyvern pupils made up the majority of the Ashford team. “They can make new friends and meet other kids like them. For example, Harry is the only pupil in our secondary department in an electric wheelchair, so for him to team up with other children who are the same is great for him. Socially he feels accepted and sees that there are other kids out there like him.”

The competition was very close, particuarly between Berkshire & Kent. Berkshire won the Boccia competition, though traded a victory a piece with Kent. Berkshire dominated the Kurling, winning all their games, and scoring the highest score of the day with 5 points in one of their matches. Kent excelled in Polybat, winning all the matches, never dropping a set in 12, and in the Table Cricket, Kent beat Surrey by 1 run to take the Gold. Surrey took a deserved silver in the Cricket, their best result of the day. 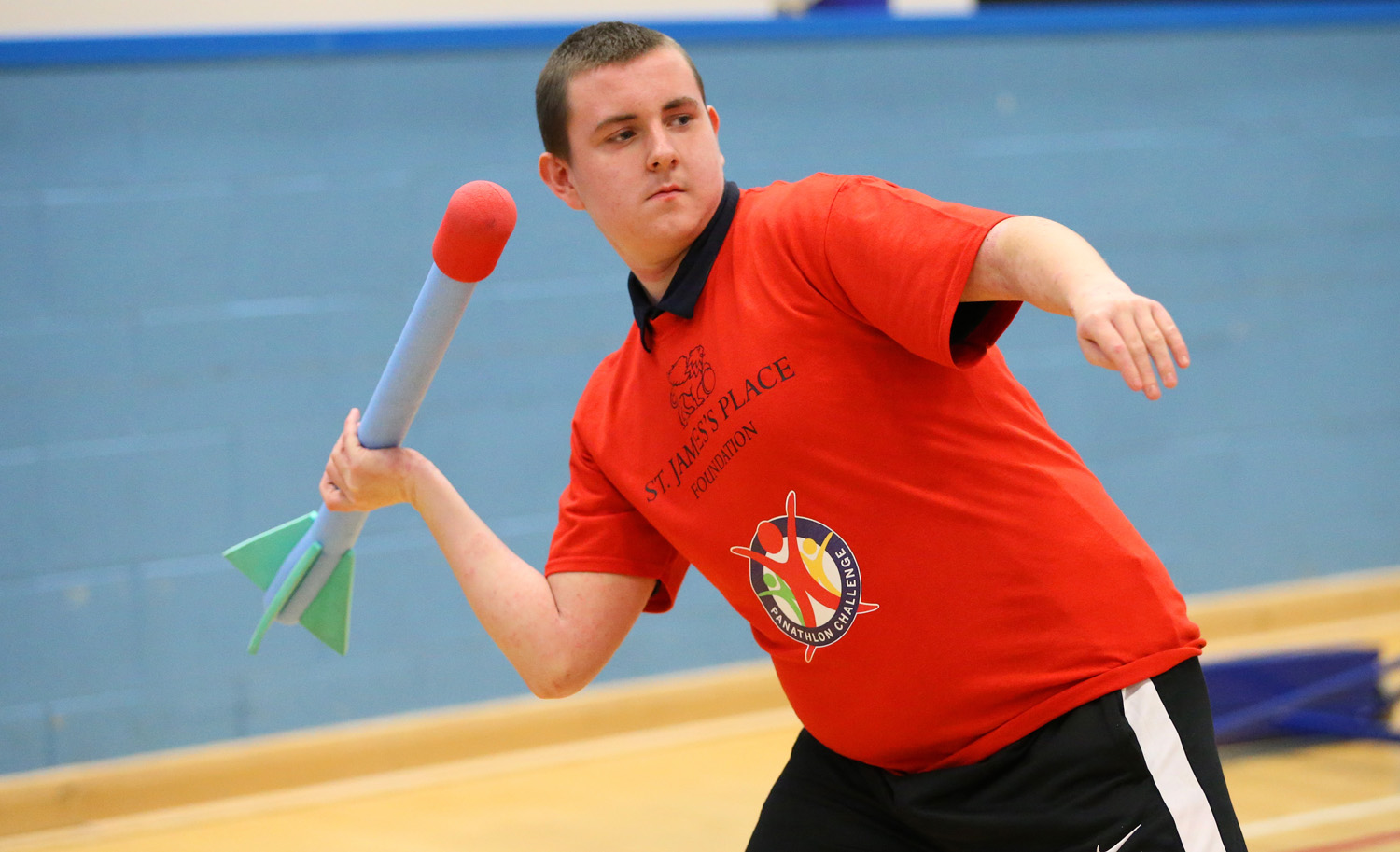 The field athletics saw some outstanding performances including a very closly fought Shot Put with all the teams within 0.5 metres of each other. The Javelin throws were similiar also with Berkshire winning by half a metre with a throw of 16.50 metres. Kent & Berkshire were tied on 44 points a piece going into the races. As both teams had a full complement of runners, it came down to the last race to decide the winner, in Kent. For a full set of results, see here.

“It’s been absolutely fantastic” said Kevin Hughes, Assistant Head of PE at Arbour Vale. “We’ve been very fortunate to have been to Panathlon a number of times and it’s a wonderful event. Win, lose or draw, it’s about giving kids opportunities to compete on an even scale against students of similar abilities. Everyone gets the chance to win a medal and you can just see their little eyes light up. It’s phenomenal really.”

Arbour Vale student Michael McGrannaghan said: “I enjoy everything at Panathlon. I love it. We get on really well as a team,” while team mate Kieran Kane added: “It feels good to be here. I enjoy having a good time with my friends. It’s a good laugh.”

Helen Turner, Panathlon patron was also in attendance to award medals and meet the competitors. “I always enjoy Panathlon,” said Helen, who represented Great Britain at the last three Paralympic Games. “The kids love it and it’s always fun, but it’s not just about playing games. It’s about competing for your school against another school. The kids feel proud about that and want to do well. Plus at these regional finals they are even representing their county, which is great!” 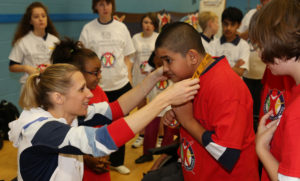 “It’s great that Panathlon provides opportunities for these kids to take part in sport,” she added. “Before my accident I saw sport as a right and I played it whenever i could, so why shouldn’t every kid be able to play it. You get so much from sport, so every kid should have that chance. “Panathlon’s range sports are so varied and so inclusive. If you can’t physically do something here, there is always something else you can do so you’re on a level playing field and that’s really important.”

“I like to practice,” added 16-year-old Kieran, who won individual gold medals in new age kurling, standing long jump, javelin and shot putt. “We practice a lot at school and sometimes even have competitions against the teachers, so we progress. That helps us a lot and helps us win.”

Since getting involved in Panathlon, the school has excelled in boccia and both Kieran and Michael have represented Arbour Vale at the national boccia championships, where the team finished third this year.

One of the older students in the team, 17-year-old Michael is among those pupils to have been given the responsibility of leading the team at Panathlon, a role which he clearly enjoys.

“I’m team captain for boccia and table cricket,” said Michael. “I try and get all the team together and tell them have we have to try our best to win this game. There’s a lot of motivation needed.”

Such has been the success of their involvement with Panathlon over the last three years, Arbour Vale have now also introduced their younger children to Primary Panathlon, which helps five- to eight-year-olds to build up their foundation skills in a number of Panathlon’s adaptive sports and creates a pathway for those children to progress.