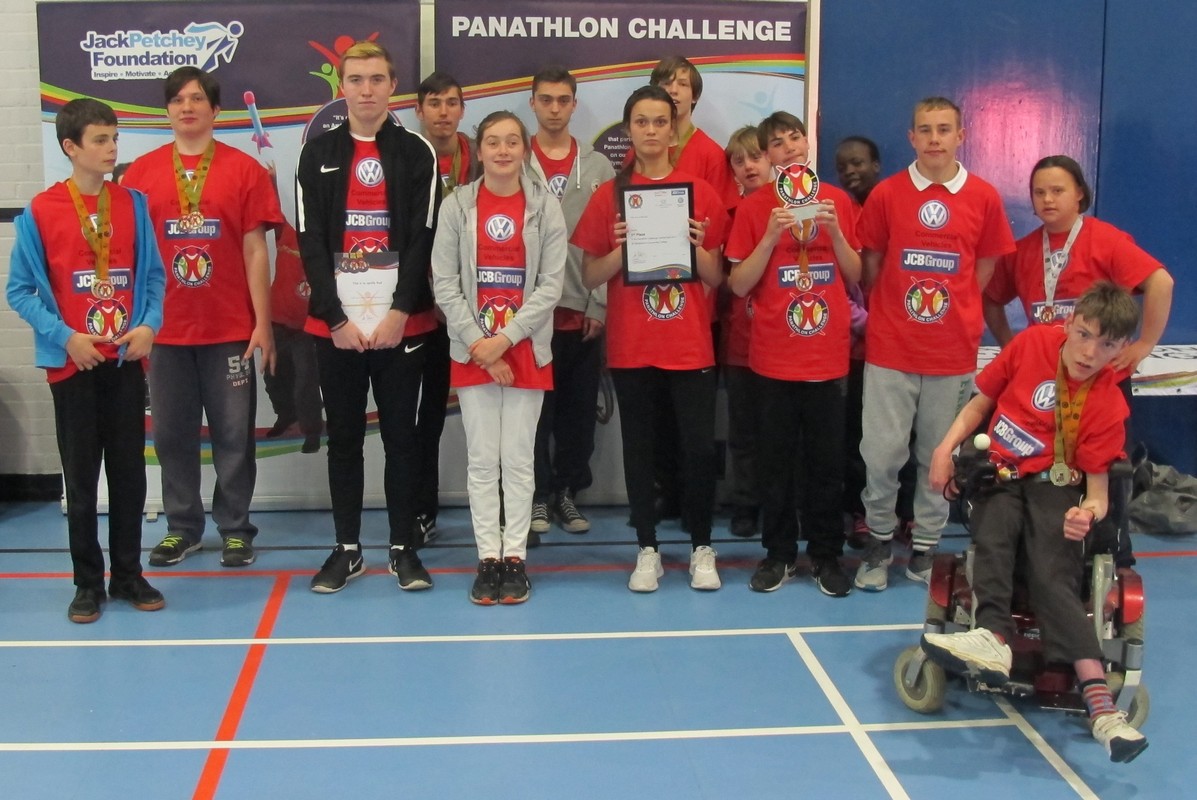 This week has seen three competitions in Kent where 213 competitors from 15 schools took part, with 41 leaders in support.

These results have been surprising, with each day having a new and different winning team from last year. See here.

As the Kent Panathlon goes into its 8th year, to see three new winners is extraordinary and shows the rising competition levels. Sheppey & Sittingbourne, (pictured at the top in red) Thanet & Gavesham all have experienced their first ever Panathlon victories and last years Champions; Ashford, (pictured left in green) managed only to qualify as the best 2nd place team across the 3 competitions.

The Finals take place on July 5th and will be a confidence boosting experience for the competitors, most of whom will have never taken part in a Final before. 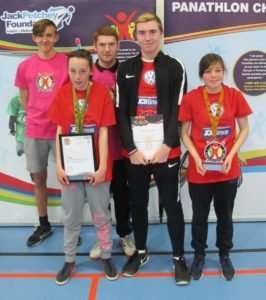 The event victories were shared between a number of teams, Bradfields winning the Boccia & Kurling, Ashford the Table Cricket & Sheppy the Polybat and 2 Athletics. The 2 top teams were tied going into the races, with Sheppy & Sittingbourne (right) winning by 2 points overall taking the running races.

The stand out performance of the day was Edward from Sheppy & Sittingbourne throwing 25.50 in the Javelin. The event was very well led by the Sittingbourne Leaders, which, like all the leaders group, Panathlon had trained the week before in preparation for the competition. 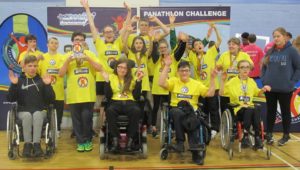 The East Kent competition saw Thanet, Shepway, Canterbury & Dover compete against each other. Canterbury (left in yellow) have great form in this competition, so it was a surprise to see Thanet perform so superbly to push them into 2nd place. Even Vicki Fusco, PE Teacher for St Anthony’s Thanet was surprised, “It’s just one of those days when everything has gone right for us.”

Thanet dominated the competition with victories in 4 of the sports, Boccia, Kurling, Table Cricket & Polybat. The stand out performance of the day was from Canterbury’s Bradley, who scored the maximum in the Precision Bean Bag. In all the competitions, the leaders came from the schools that hosted the competition. At Ursuline, the year 10 sports leaders, helped run the competition. 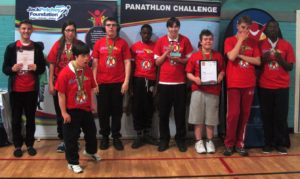 There was another outstanding individual performance, this time from James from Tonbridge, who jumped 2.10 metres in the long jump. Pictured right in red, Gravesham’s victory was assured before the races even came, such was their dominance in the morning sports.

Huge thanks to JCB Auto Group & Kent School Games who help to fund Panathlon in Kent.