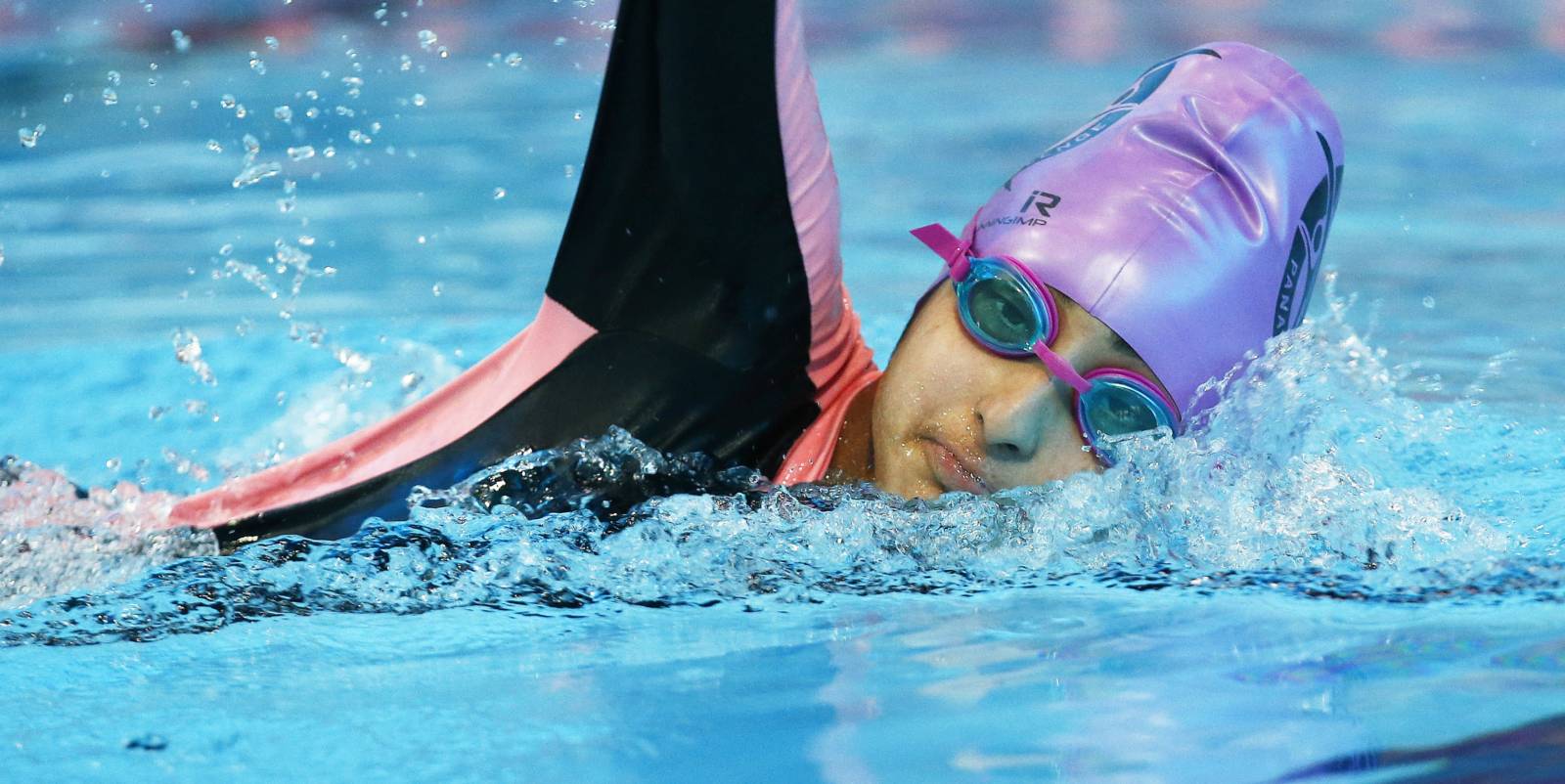 On what was a tremendous day for the 72 competitors in nine teams that competed at the prestigious London 2012 venue, Knightsfield pipped Heathlands School, from St Albans, to gold by a slender three-point margin.

Heathlands took our National Primary Deaf Swimming final last week at the same venue, but narrowly missed out on completing the ‘double’. “We’ll be back next year!” promised teacher Sean Priestley.

The bronze medals were taken home by Suffolk – a team combined of students from Bungay High, Thurston Community College, Priory and Stowmarket High. Defending champions Great Baddow, from Chelmsford in Essex, had to be content with fourth place. 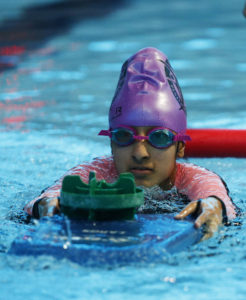 Haleema Hussain (pictured right), 15, was part of the triumphant  Knightsfield team. They won bronze in this event last year and were delighted to leap two places up the podium this time around.

“I’m really proud of myself!” said Haleema. “My medal will give me such a nice memory and it will show me that I should be confident, that I can do it! I don’t always feel confident but here I feel normal, I feel like the people here are all the same as me. It really matters.

“When I do different activities, this will teach me not to feel nervous, just try your best and do it! When I get home I’m going to show my medal to my parents and they will be really happy with me.”

Knightsfield Deputy Head, Danny Bidwell, reflected: “We’re delighted to have improved upon our performance of last year. This has given our kids the chance to represent the school and to have some form of competition against other schools, which they rarely get to do. It means so much to them. And, of course, winning is a huge bonus!”

Phillipa Anderson, of the silver medal-winning Heathlands team, said: “When I started today I was nervous, but I feel good when I’m in the water. I get a real sense of achievement when I get out and see my team-mates clapping. It’s amazing to be here in this giant arena.”

The combined Suffolk team included 12-year-old Mary Shaw, who has just started training with the Great Britain Deaf Junior Swimming squad. It was a special moment for her to meet today’s special guest, 15-year-old Jessica Oaten, who is not only a Panathlon Young Leader but part of the GB Deaf Swimming squad that competed in the European Championships in Poland last year. 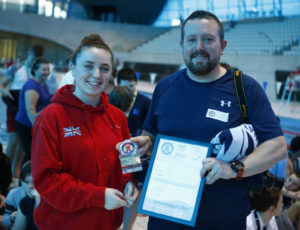 Jessica’s next target is a medal at the World Deaf Swimming Championships in Sao Paolo, Brazil, in August followed by the Deaf Olympics in early 2021.

Jessica (pictured left with Knightsfield Deputy Head Danny Bidwell) commented: “Panathlon gives me more confidence to work with children and I love to be able to communicate with them and make them feel at ease, as well as be a role model for them as a deaf swimmer.”

Jessica was very ably assisted in her Young Leader duties by students from Campion School in Hornchurch, Essex. Their PE teacher, Angela Hill, commented: “This gives the students a great opportunity to see the range of abilities they don’t normally come into contact with. It’s eye-opening and actually quite humbling for them.

“They are taking leadership roles – guiding students in the water, timekeeping, collecting the students for races, meeting and greeting; they’re only 16 and 17 but it gives them insight into being part of organising an event.” 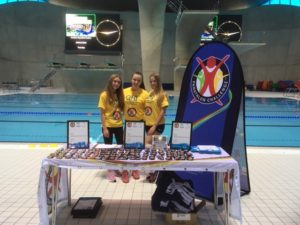 Tony Waymouth, Panathlon’s Chief Operating Officer, said: “Today’s Young Leaders were outstanding in how they guided and instructed the young deaf pupils, both in and out of the pool. It is nice to have a new leadership school become involved in our programme. Today they showed maturity and empathy and did their school proud.”

Fourth-placed Great Baddow came into the event as defending champions but were not too downhearted to be beaten to bronze by Suffolk by just two points.

Student Ava Wallace, 13, said: “Panathlon gives me happiness because we’re all working together as a team and it makes us closer. Being here with other deaf people just makes you feel like you fit in. You know how each other feels.”

Ava’s teacher, Sam Wheeler, added: “Our guys attend a mainstream school and are integrated with hearing pupils. The fact that they’re all on a level playing field here makes it special. It’s competitive but friendly and for our guys it teaches them that spirit of teamwork which is vitally important.”

Braidwood School are to be commended for battling through the traffic from Birmingham to make it to the Olympic Park in the nick of time. They brought two teams, the Seals and the Dolphins, who finished in sixth and seventh place respectively.

Teacher Ryan Sutton said: “The kids have really enjoyed themselves. We’ve been to lots of Panathlon events including multisport and boccia; we love being involved. It’s massive for them. There are very few events that are deaf-focused so this opportunity is so valuable and beneficial.” 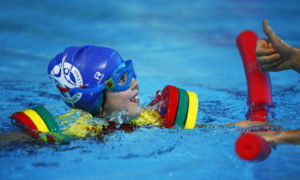 Treetops and Oak Lodge schools combined to form one team, finishing eighth on 41 points. Hannah Dennis, PE co-ordinator at Treetops, reflected: “It’s a perfect event for our kids. It’s so needed. There are not a lot of deaf and hearing impaired events around. It gives our older kids a really competitive event to get their teeth into, but it’s pitched well for our younger ones too.”

Helen Devereux-Murray, Lead Teacher of the Deaf at Eastbury School in Barking, offered: “Our deaf children are a group of 12 in a mainstream school of 2,000. They’re really well supported, but it’s important for them to see kids of their age who are the same as them. It builds confidence in them, even travelling here on the tube, getting changed on their own and having that bit of independence to build their confidence. It’s just a great experience for them.”

Panathlon would like to thank the Ovingdean Foundation for their invaluable support in supporting our deaf programme, including over 170 competitors in the Aquatics Centre in the past week alone, as well as over 30 at a deaf boccia event in Merseyside. We look forward to a further event at the Olympic Park at the Copper Box Arena, which is also only possible with Ovingdean’s support.

We would also like to thank GLL for giving us the resources to help provide a legacy, raise young people’s aspirations and provide community development. 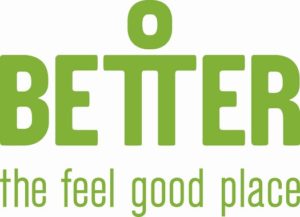