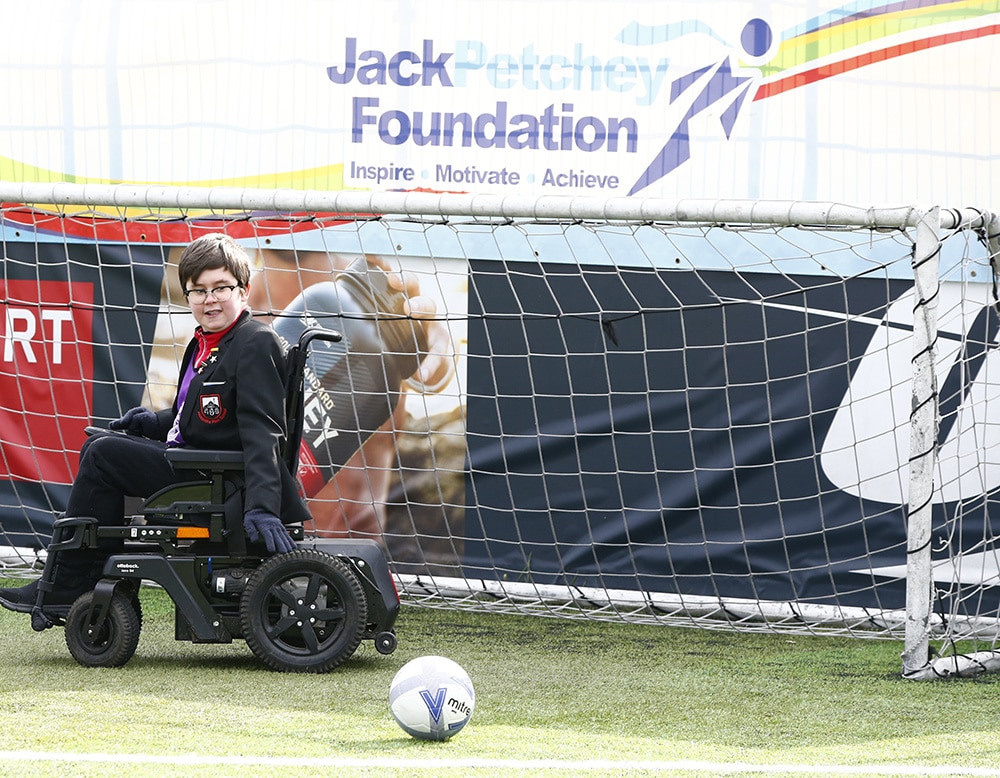 Our invitational ‘Higher Ability’ day on May 4 will seek to address a void in competitions for SEND pupils at a level before they are able to step up and compete in the London Youth Games.

Our Champions Finals on May 12 will feature winners and second-placed teams from our four qualifiers with the Plate Finals the day before held for third and fourth-placed sides.

Each of our four regional qualifying events in March featured coaching sessions led by sports coaches Emma O’Connor, Nigel Small and Adrian Cuthill. These helped develop the skills and confidence of those pupils who may not yet be ready to play matches.

Emma commented: “For some pupils, dribbling from one corner to another is a major achievement; for others they are quite skilled at the game and know the rules. It’s important Panathlon offers that variety of participation options so the game is accessible to every single player, whether that’s fun skills and drills or the opportunity to play competitively.

“Panathlon Challenge football tournaments are like their World Cup. There is a definite lack of opportunities for them to play outside of school, but teachers and parents can be assured that we provide a safe environment that caters for a whole spectrum of needs and abilities.”

Our first regional qualifier was for South London schools with 77 players from six schools taking part in the competition and coaching sessions. Lansdowne School, representing the Borough of Lambeth, progressed through to the final as winners, with Bensham Manor, from Croydon, as runners-up.

In West London, six schools (70 players in all) did battle with Cricket Green School from Mitcham dominating. We will see them under the famous Wembley Arch in May!

Barnet was the venue for our North London Final which was won by Riverside School (appropriately situated on White Hart Lane!) in Haringey. Sixty-six students took part. Click here for photo gallery.

Bren Amooty, Specialist PE teacher from Alexandra Park School in Haringey, who finished fourth, said: “All the children and staff were glowing when they got back to school and gushing in their praise of the event.”

In East London, our champions were Storemont House from Hackney, who came second in the Under-16s and first in the U13s. Hall Mead won the U16s and have been invited to the Higher Ability competition along with Cricket Green.

East London was our largest event so far, with 85 pupils involved, including two schools involved in the coaching. Both these schools played friendlies in the afternoon against the competition teams, with Rokeby managing to defeat Storemont House. We look forward to seeing Rokeby in the full competition next year.

Jayden, a pupil at Eastbrook in Barking and Dagenham, said: “I have enjoyed playing without too much pressure, it’s more about having fun. We all shook hands at the end of the game. I enjoyed that.”

Leone from Storemont House in Hackney said: “I love football! It’s been fun. We lost a game, but then we won afterwards straight away. We have a happy team.”

Overall, 27 schools, 40 teams and 298 players had an unforgettable experience over the four events, particularly as for many it marked their first external sporting event since the pandemic. The next stage is the finals in the shadow of England’s most famous football venue!

A huge thank you to Jack Petchey Foundation who support our annual London Football competition and development programme.

Victoria Mirfin, Jack Petchey Foundation’s Head of Partnerships, visited our North London Final in Barnet. She said: “I have enjoyed seeing the mix of young people with different abilities. I think Sir Jack would be delighted to see children from all different backgrounds and abilities giving their all.”