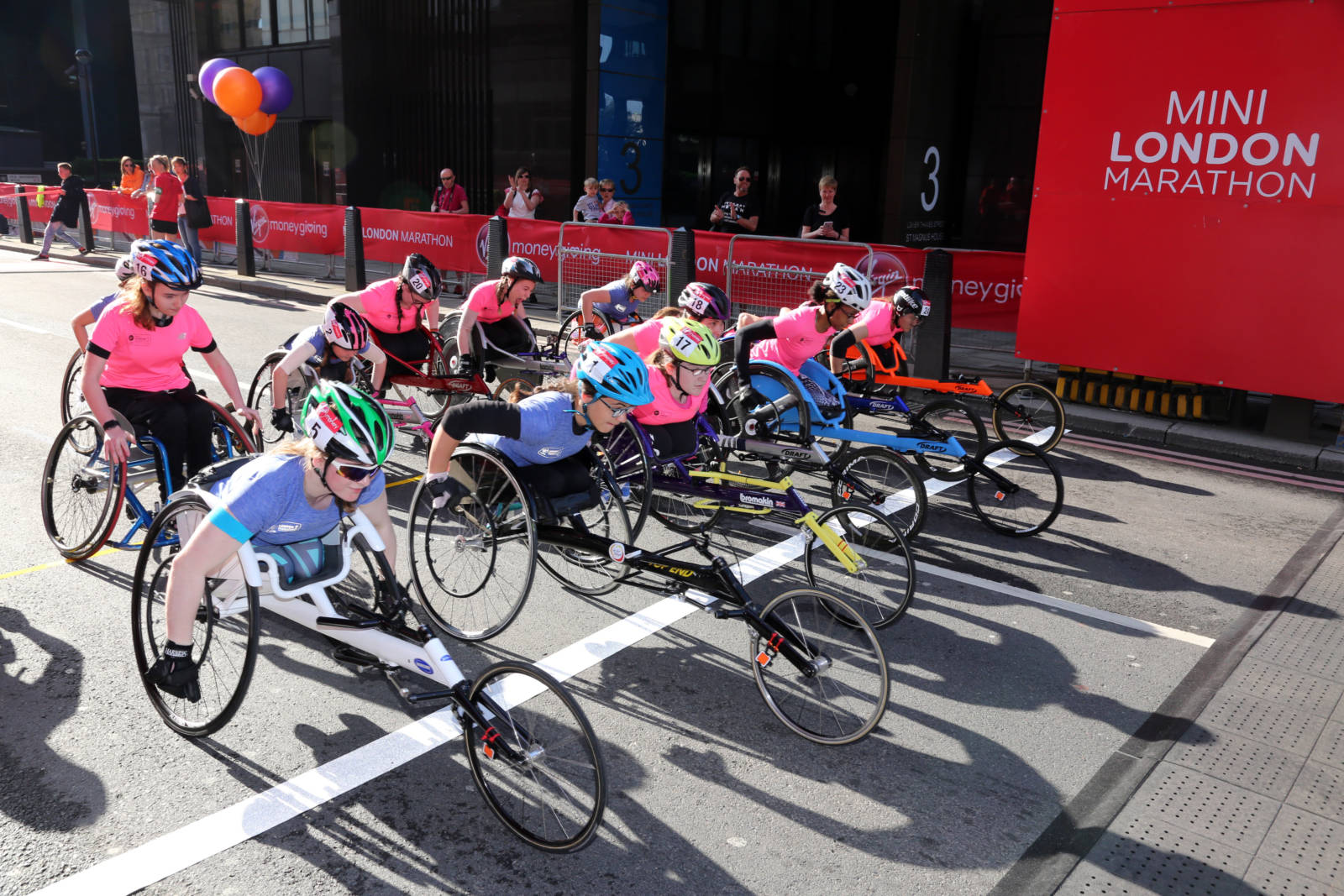 First off were some of our younger competitors in the ‘Mini Marathon,’ which starts at the 23 mile mark whilst the 40,000 other runners are limbering up in Greenwich and heads down the last 3 miles of the course to finish in the Mall, whilst all the elite athletes are just setting off 26 miles away!

Neve Allen, (pictured left) a previous West Midlands Children of Courage Winner, was competing in second Mini Marathon wheelchair race and had her training partner Toby Sweeny-Croft for company as she raced down towards the Mall.

They were part of the field of 35 wheelchair racers hurtling down the Embankment towards Big Ben and then Buckingham Palace before being the first athletes of the day to cross the finish line.

She recently participated in a Panathlon swim final in the Olympic Aquatic Centre in London and has been training hard for her second mini-marathon. 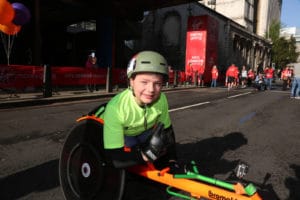 Friend of Panathlon Toby Sweeny-Croft (pictured right) was in the Boys under 14 race and came 4th in a highly competitive race.

Neve and Toby will be ‘racing’ later in the year in the Superhero’s Triathlon in August, where last year they joined them up with our Paralympic Ambassador Liz Johnson.

London Marathon day also meant that we had the fabulous support of 5 runners who were raising funds for the Panathlon charity.

Lisa Harkry completed her first ever Marathon in 4 hours 27mins.  This was a tremendous achievement given the record breaking hot weather and Lisa is justifiably proud of her achievements. She said, “I was thrilled with my time! It was really hot but the showers and water points really helped!” You can congratulate Lisa by visiting her fundraising page here 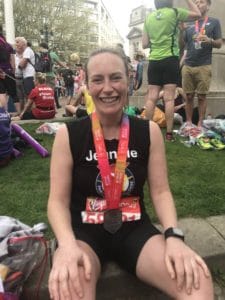 Jeannie Boyle has (left) has volunteered at several Panathlon competitions through her employer, EQ Investors who have been a Panathlon supporter for several years. Her time across the line was 5 hours and 29 minutes. Please support Jeannie’s fundraising page here as her employers, EQ Investors are kindly matching any donations!

Another proud finisher was Katie Legg, who  first supported the Panathlon charity in 2012, whilst working at ‘Gold Challenge’ that enabled 20 Panathlon competitors race on the Olympic track in front of 20,000 people, months before the opening of the London Olympic Games in an official ‘test’ event.

Katie has stayed in touch with the Panathlon charity since then and ran yesterday in a super quick time of 4 hours 26 mins and 23 seconds. 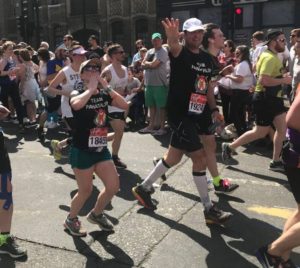 Simon Wergen her training partner ran with her (both pictured right) and has also visited a Panathlon event to see the impact it has and was also happy to raise funds for us! Thank you Katie & Simon for your fundraising efforts here.

Louise Deveney is part of the St. James’s Place group who are one of our key sponsors and finished her 5th marathon in a time of 5 hours 32 minutes in the record breaking hot temperatures. Well done Louise! Please see Louise’s fundraising page to reward her efforts.

Thanks to all our incredible runners, we salute you for your hard work in training over the winter months and your efforts yesterday on officially the hottest London Marathon of all time! Every penny you raise will go to a great cause – see some of the young people we have helped recently here. 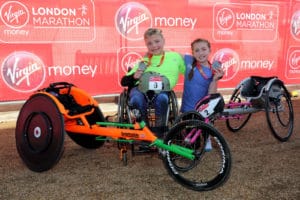 For a full selection of our images from the day, please click on the photo of Neve and Toby (left) to go to our gallery!

Finally we should mention one of our charity Patrons, Danny Crates who was taking part in his third London Marathon for SportsAid. Danny has taken part for Panathlon before in the London Triathlon but as an 800m specialist (in his day!) had to run the equivalent of fifty-two X 800m races back to back yesterday, which he achieved in 5 hours 43 minutes and 43 sedonds. Well done old chap! 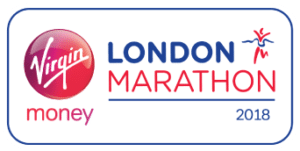