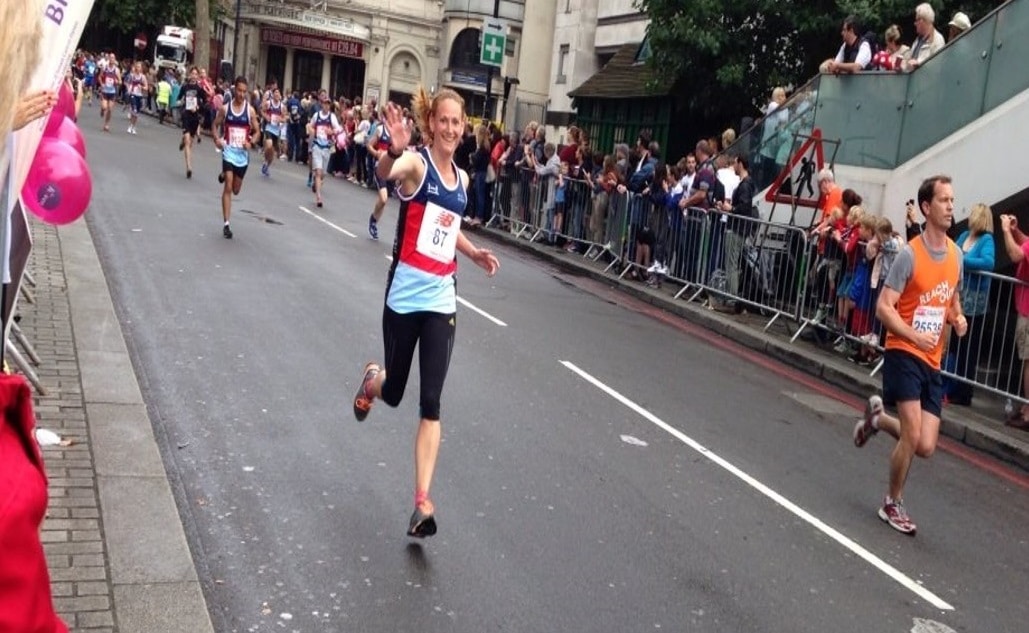 Suzy Haven is running the London Marathon on October 3rd to raise money for Panathlon – and says she will “walk, hobble or crawl if necessary” in order to reach the finish line!

Suzy’s support for Panathlon follows on from her husband Andy’s incredible fundraising efforts for us in 2019 when he ran six marathons in five days in brutal conditions across the Atacama Desert in Chile.

Having supported Andy’s many epic endurance challenges over the years, it’s now Suzy’s turn to lace up her running shoes and test herself to the limit, and she is “very, very excited” about the race.

Despite picking up a minor ankle injury in training recently, she is determined to enjoy the event as it has been a long-held personal ambition to take part.

“I ran mini marathons in 1990, 91 and 92 and I said then that the one thing I wanted to do in my life was run the London Marathon,” she says. Entering the ballot every year proved unsuccessful though, apart from in 2004 when a knee injury that required surgery scuppered that opportunity.

“I then had kids and almost accepted that it was never going to happen, although it remained at the back of my mind as an ambition,” she reveals. “When Panathlon got in contact and offered a place to Andy, he immediately said, ‘No thanks, but I know someone who’d love to do it instead!’

“I’ve been to support and watch so many marathons, so it will be nice to be on the other side of the fence and taking part. After Andy started doing his triathlons, I did 5ks, 10ks and half-marathons because I love being involved in the whole event. I find race days so exciting, even being a spectator. It’s nice that for London he is going to come and support me running around the course.”

After his amazing feat in the Atacama Desert, Andy came along to our East London Multisport Final at the University of East London (pictured above) in March 2020 – one of our last big external competitions before the first lockdown – to see the impact of the money he had raised. Suzy is now looking forward to attending a Panathlon event as soon as Covid-19 restrictions allow.

In the last few years, with her children now a bit older, Suzy has reprised the love of hockey and running that she had as a youngster, playing for Crostyx Hockey Club in London and running with a work running club.

That’s put her in good stead for the big event and she won’t be letting her recent minor injury setback discourage her. “I will be getting to the start line, don’t you worry! It’s all about being there, completing it and enjoying it.”

You can support Suzy and donate to Panathlon here.