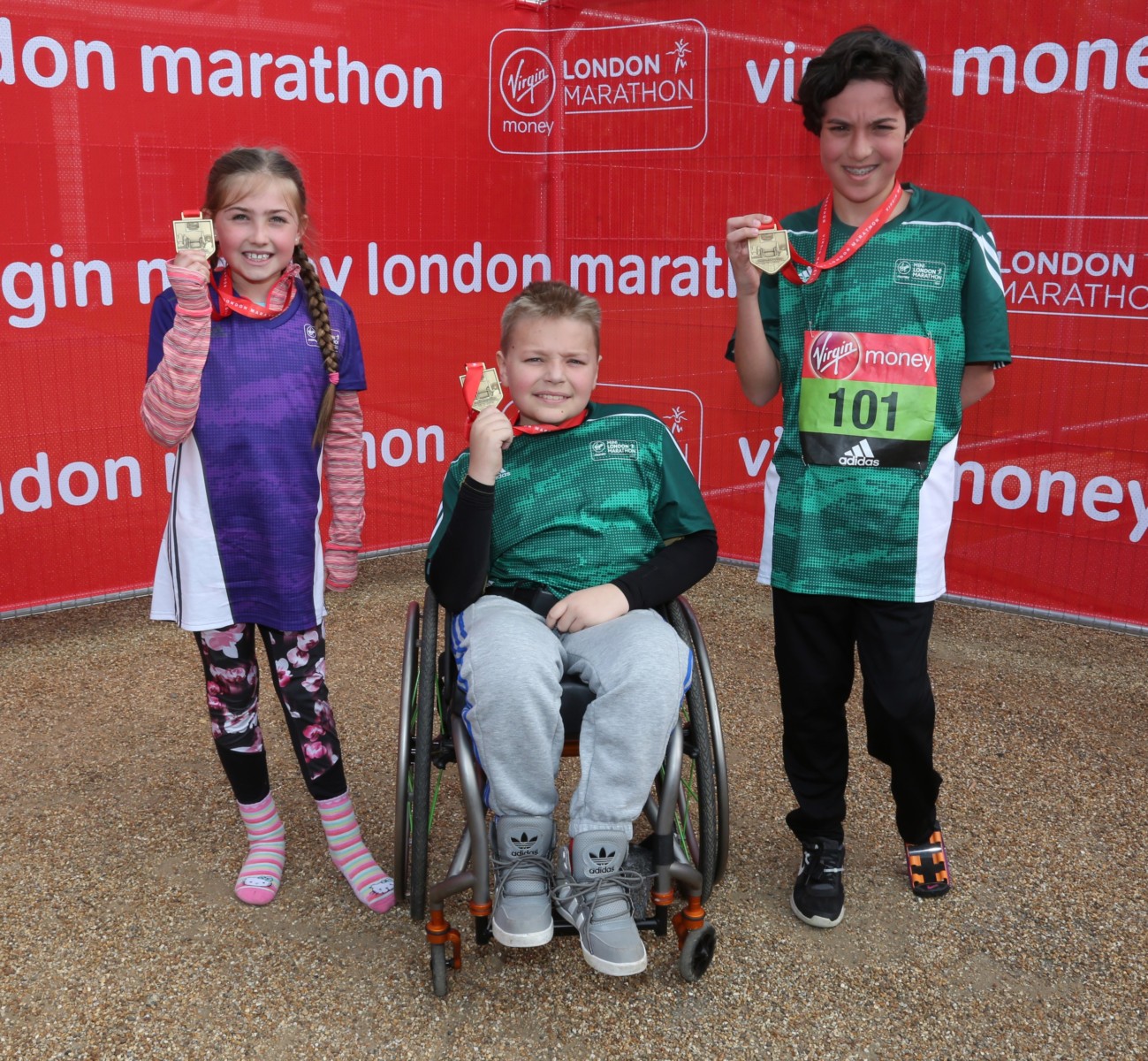 Yesterday some of our Panathlon friends competed in the London Marathon for the first time.

The Virgin Money Mini Marathon starts at the 23 mile mark whilst the 40,000 other runners are limbering up in Greenwich and heads down the last 3 miles of the course to finish in the Mall, whilst all the elite athletes are just setting off 26 miles away! 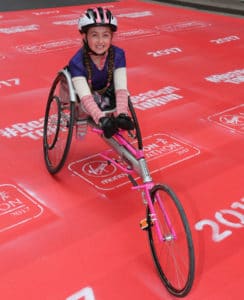 Neve Allen, (pictured right) our West Midlands Children of Courage Winner last year, was competing in her first Mini Marathon wheelchair race and had her training partner Toby Sweeny-Croft for company as another new participant.

They were in a field of 35 wheelchair racers hurtling down the Embankment towards Big Ben and then Buckingham Palace before being the first athletes of the day to cross the finish line.

Neve in her debut did an incredible 21 mins and 9 seconds to come 3rd in the girls Under 14 race. This was a remarkable success in her first race at such a young age in London Mini Marathon.

Toby (pictured below) was also making his debut in the Boys under 14 race and came 6th in a highly competitive 21 mins 41 seconds. He will be in this age category for several years to come yet and therefore is destined for great success. 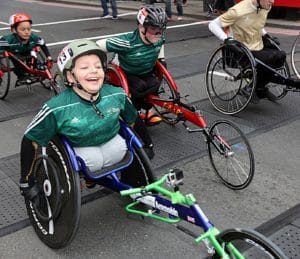 Toby is a friend of ours after starring at the St. James’s Place company meeting in January and impressing Alistair and Johnny Brownlee along the way.

Neve and Toby will be ‘racing’ later in the year in the Superhero’s Triathlon in August, where Neve will partner Panathlon Ambassador Liz Johnson in one of the celebrity teams.

Malik (pictured right on the start line) ran the course quicker than last year in 30 minutes 15 seconds. He has taken part in several Panathlon competitions this year and was very unfortunate not to qualify for the Copper Box 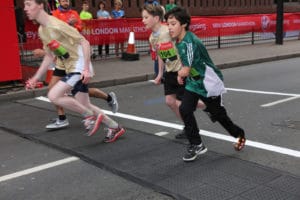 Arena Olympic Park Final when his Hillingdon team were edged out on ‘countback’ in the semi-final at St. Mary’s University in March.

All the results of the Mini Marathon can be searched for here.

And last but not least, our very own Chris James ran his first London Marathon and completed the 26 miles 385 yards in a very respectable 3hours 57mins.

Chris (pictured below with his well deserved medal) was raising funds for the Panathlon charity and has so far generated over £1,000! Thanks Chris, I hope the recovery is going well!? 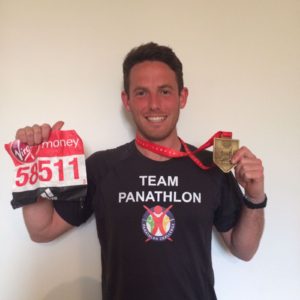 For a full gallery of pictures, please click here.

Well done everyone on all your efforts!