With 7 teams from across London qualifying for the Lord Taverners Regional Boccia Final on the 20th March, the standard was set to be extremely high. Held at Sobell Leisure Centre in Islington, teams from Croydon, Enfield, Newham, Sutton, Tower Hamlets and Hammersmith & Fulham competed.

Those teams had previously qualified from earlier rounds across London that Panathlon had delivered for Boccia England.

The format of the day involved two pools of teams with the top two teams from each pool qualifying for the Semi-Finals. The winners of the competition would then have the opportunity to represent their school and London at the National Finals in Sheffield on the 24th April.

The tension mounted in the group stages with surprise losses for winners in West London, Jack Tizzard School. Nevertheless, favourites St Giles (last years finalists) qualified through from Pool A with West Lea B team, whilst West Lea A team and Beatrice Tate clawed their way through from group B.

An impressive display in the semi-finals from the experienced St Giles School saw them beat last years champions, West Lea A from Enfield. In the other semi-final, West Lea B team beat Beatrice Tate convincingly to set up an incredible final. Earlier in the day during the group stage, it was West Lea B who beat St Giles but now in the final, with the stakes much higher, it was clearly going to be about who could hold their nerve even though both schools were extremely talented.

After an extremely tense couple of ends, it was St Giles who held their nerve to take a 3-1 win and they will now progress through to National Finals on the 24th April. Winning team pictured top left.

A big thank you must go to the leaders from West Lea School, Enfield who officiated each of the matches throughout the day. Their enthusiasm was key and we look forward to working with them again at future events. 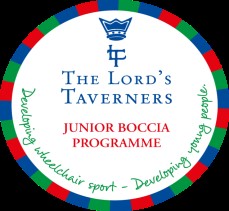