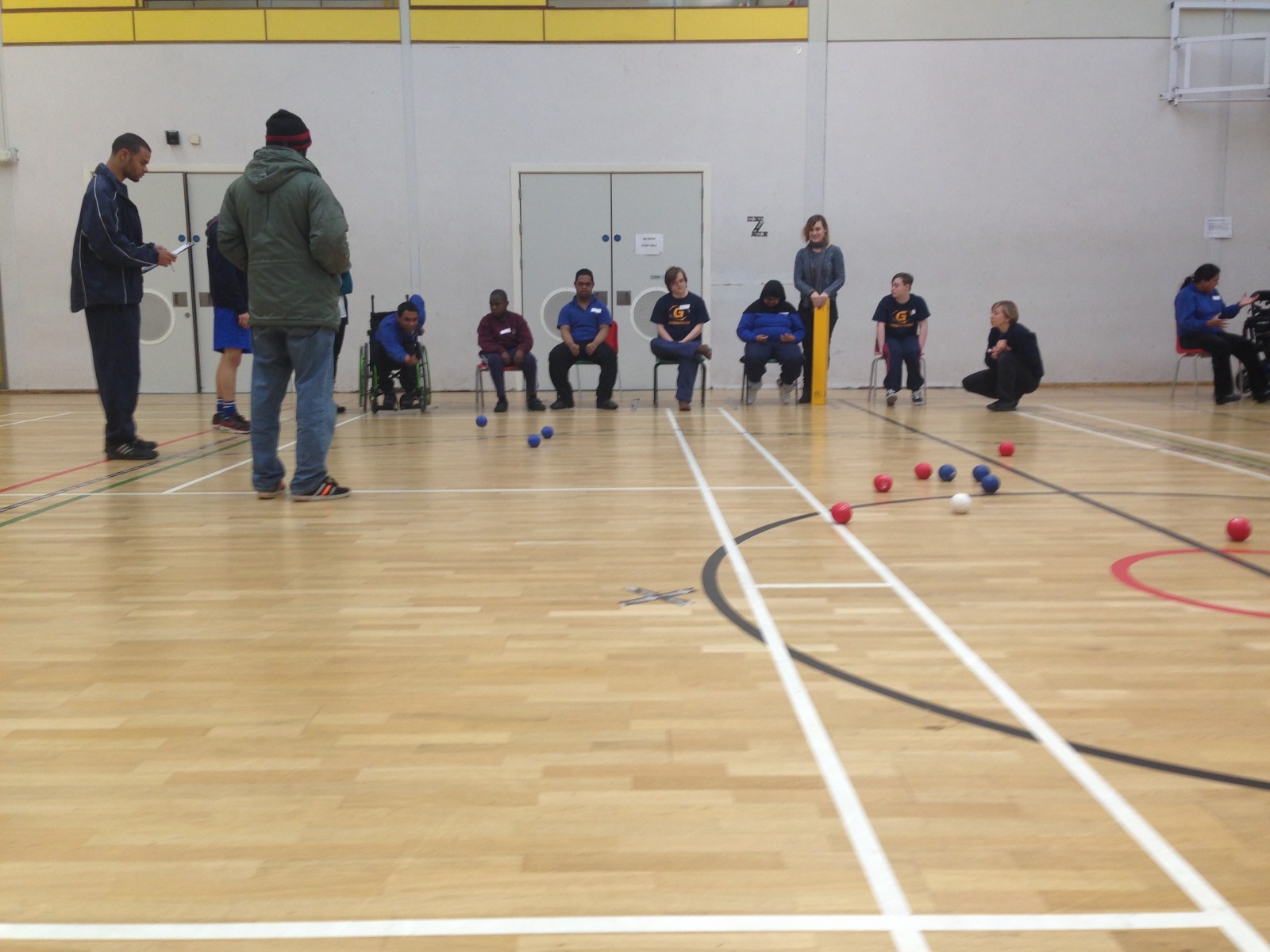 On the 17th December, Panathlon delivered the Lord Taverners Boccia Competition for boroughs in Central London. Held at Talacre Community Sports Centre in Camden, 5 schools attended the competition and comprised 7 teams, all eager to finish in the top 2 positions which would guarantee a spot in the London Final to be held in February.

In the early stages it was the two Southwark schools who looked most impressive; Highshore School and Alfred Salter Primary both picking up numerous wins in the group stages. Subsequently Highshore and Alfred Salter were met in the Semi Finals by Beatrice Tate School from Tower Hamlets, and Kentish Town School from Camden. In the first Semi-final it was Kentish town Vs the unbeaten Highshore School and it proved to be a closely fought battle with Kentish Town coming out on top by one point. Meanwhile, the other Semi-final was shaping up to be a nail biter. With the score at 1-1 going in to the final end, it was Alfred Salter who squeezed it and progressed to the Final against Kentish Town.

With an extremely high level of competition in the final, Kentish Town pinched gold but both teams will be happy to qualify and further battle it out against the 8 other qualifying teams in the London Final in February.

A big thank you must go to leaders from LA Swap in Camden who’s enthusiasm on the day was exceptional.

“Thanks to Panathlon for organising today- it’s great to these students competing with a big smile on their face. We really appreciate these events and the more the better because our students love to come out of school and socialise with others.”
Anthony Doherty, Teacher Swiss Cottage School