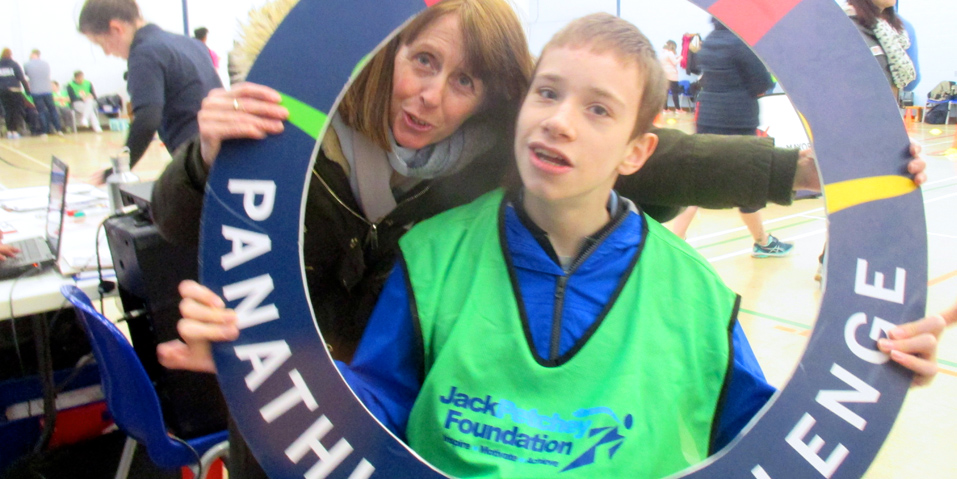 James Hillier is one of three exceptional Panathletes shortlisted for this year’s prestigious Jack Petchey Outstanding Achievement award. Every year the Jack Petchey Awards ceremony celebrates Panathlon’s best achievers in London and Essex and the 2018 event takes place at John Lewis Stratford in London on November 16.

Despite significant and complex physical disabilities, James’ infectious enthusiasm cannot help but spread to those around him. Ruislip High’s Panathlon team have benefitted hugely from his participation.

James, who is now 16 and has left school to study at Uxbridge College, suffered hypoxic ischaemic encephalopathy during birth. As a result of this, he acquired quadriplegia and athetoid cerebral palsy. He was also born with congenital talipes equino virus, which has since been corrected with surgery.

James, who uses a wheelchair, was diagnosed with generalised epilepsy in 2008 and has been prescribed medication. He has not had a seizure for the last four years. He also has dystonic spastic cerebral palsy, gross motor function classification level 4.

Whilst at school, James had regular physio visits as well as sessions at the Child Development Centre at Hillingdon Hospital and also now at college. At Ruislip High, he did physio exercises set out for him in his exercise plan twice a week with a Teaching assistant.

Despite these physical constraints, James used his Kaye walker for exercise whilst at school and joined in as much as possible in PE lessons, discovering a passion for trampolining.

In Panathlon competitions, James took part in the powerchair slalom, beanbag throwing and athletics races. As he got more confident he also became the team cheerleader and helped with planning trips to competitions. He even designed his own banner for the school’s Panathlon team. 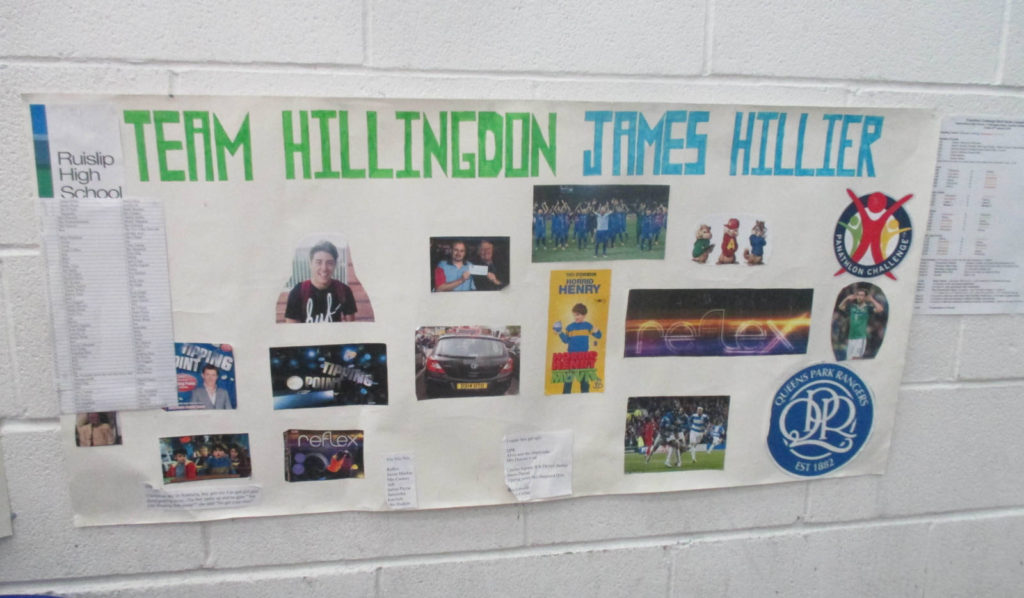 James’ old teacher, Janet Edwards, said: “He will have a go at any challenges set for him and does not see his disability as an obstacle. He organises sweepstakes in which he will draw out the names of his favourite personalities and teaching assistants to compete against each other.

“Before each Panathlon competition he makes a wordsearch for us to complete at lunchtimes relating to competition days. James also encourages others who have to have physio in the school rehab room by being involved as support and decorating the room with slogans. James is a credit to Ruislip High.”

James was a key member of the school’s wheelchair football team even though he was the only wheelchair user that attended. Outside school he enjoys horse riding and attends lessons every Saturday, and more recently has joined the wheelchair basketball club at Brunel.