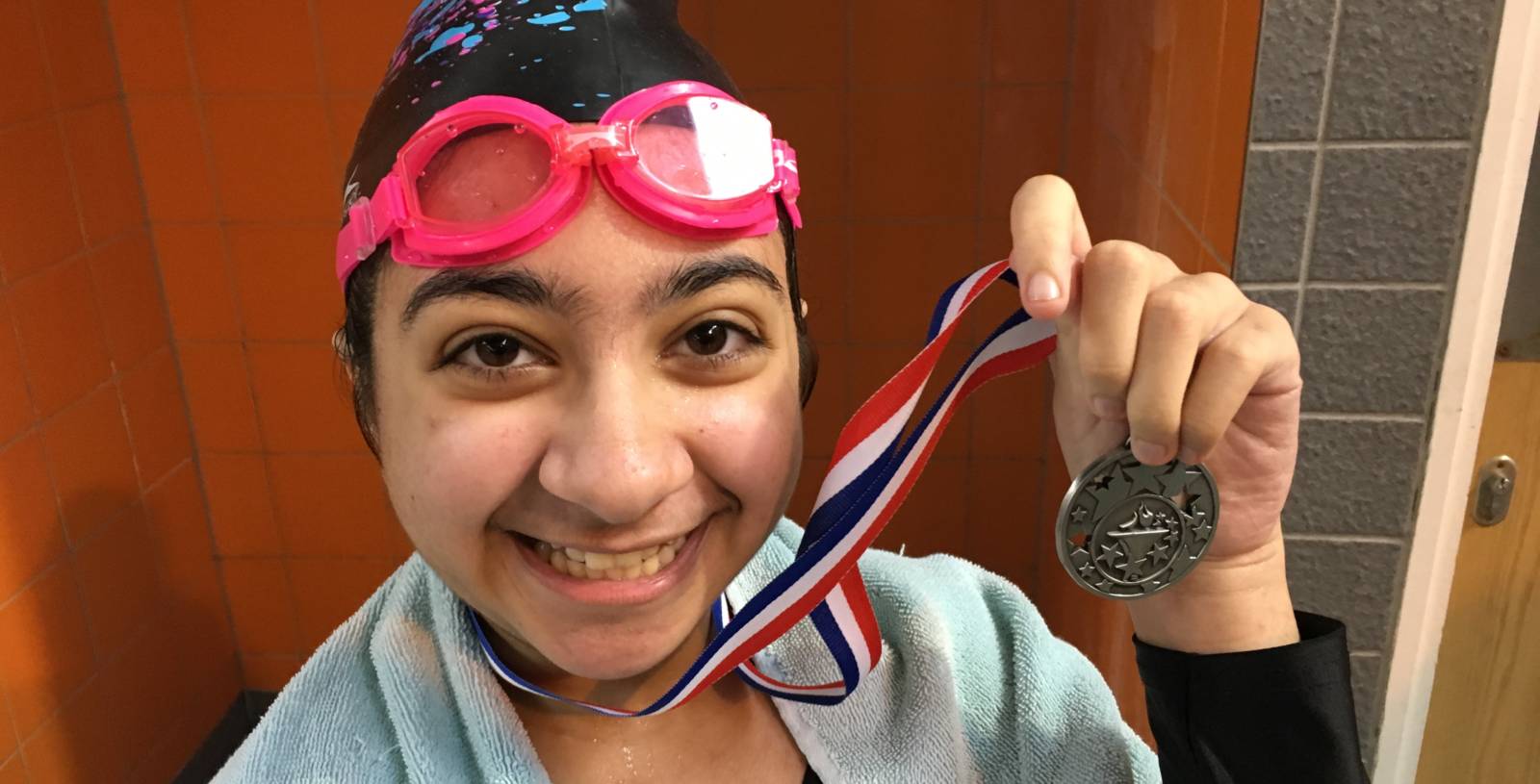 Kinza Yasin is one of three exceptional Panathletes shortlisted for this year’s prestigious Jack Petchey Outstanding Achievement award. Every year the Jack Petchey Awards ceremony celebrates Panathlon’s best achievers in London and Essex and the 2018 event takes place at John Lewis Stratford in London on November 16.

Kinza’s osteogenesis imperfecta – also known as brittle bone disease – means she needs to maintain a physically active lifestyle to help prevent fractures. Ironically, that increases the danger of her breaking her fragile bones through falls.

Panathlon has greatly helped 13-year-old Kinza solve this paradox, allowing her to gain confidence in her physical capabilities. It has helped give her the courage to get out of her wheelchair, engage in competitive sport and proudly represent Burntwood School in south-west London.

She arrived from Pakistan with her family aged six but soon started losing strength in her legs and lost the capacity to walk. She had a metal rod implanted into her left leg in 2011 and had a year of intensive physio. She used crutches for a year before, in 2013, she felt pain in her shins and had to stop walking again.

After a second operation in 2014 she became very low in self–esteem and confidence and lost motivation to exercise due to the pain and the knowledge that breaking bones would require further surgery.

Joining the Panathlon team was a turning point in her motivation and physical confidence. She started to get out of her chair to stand or walk, became more confident in her stance and eventually took part in Panathlon relay races on foot.

She has since won many Panathlon medals as part of the Burntwood team over the last two years.

“I think from last year she realised when she ran in the Panathlon that she could do and take part in a lot more,” said her teacher Cathryn Potter. “Now in Year 8 she has gone from strength to strength in her courage to get out of the chair to now there is no sport she is not willing to try.

Kinza has since competed in football competitions and in her school lessons she has participated wholeheartedly in netball and volleyball.

Mrs Potter added: “Her courage to fully engage in sport is truly amazing. The risk for her when playing sport is huge. If she falls or gets knocked she will be in considerable pain and there is a high chance of fractures.