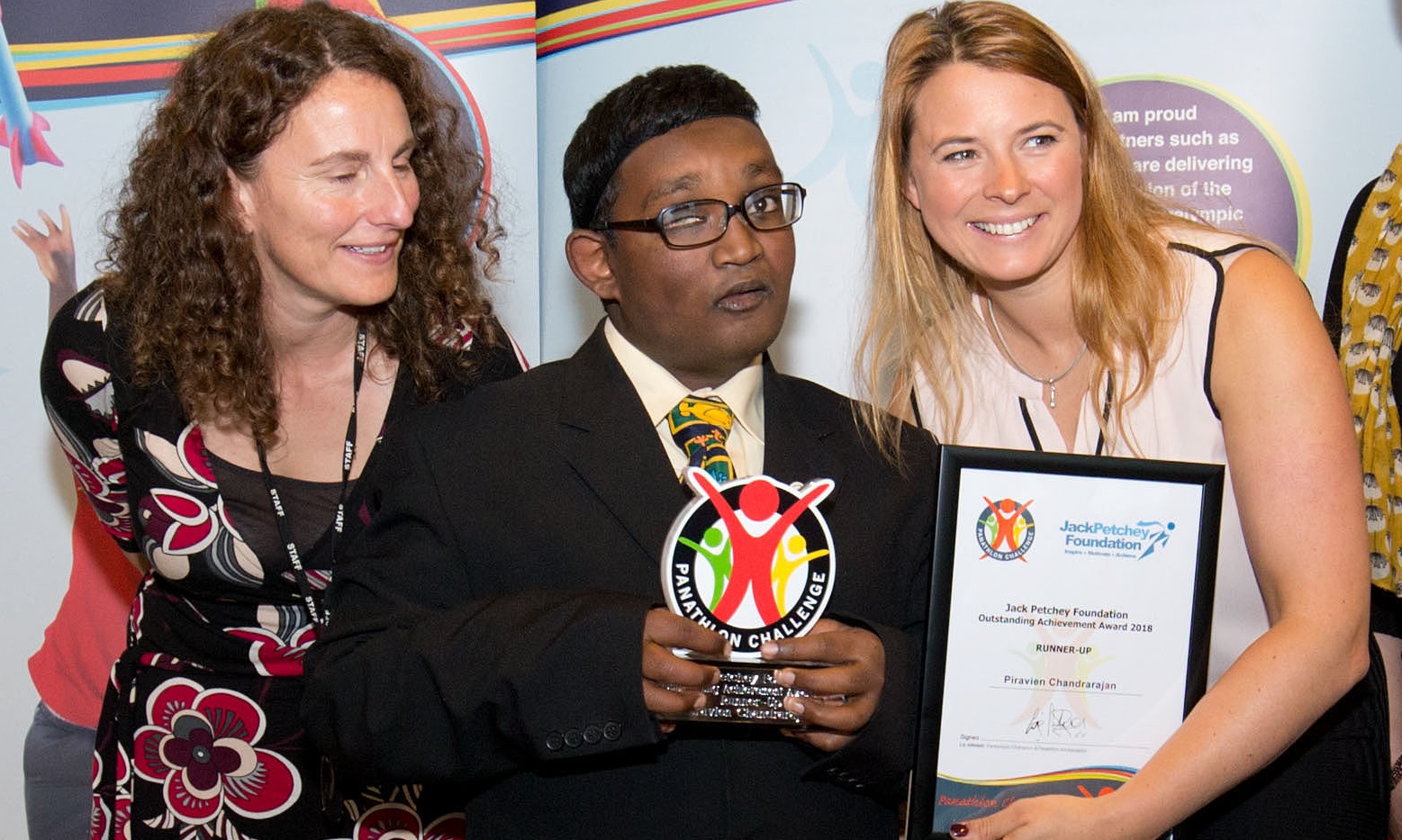 Piravien Chandrarajan is one of three exceptional Panathletes shortlisted for this year’s prestigious Jack Petchey Outstanding Achievement award. Every year the Jack Petchey Awards ceremony celebrates Panathlon’s best achievers in London and Essex and the 2018 event takes place at John Lewis Stratford in London on November 16.

Piravien has severe multiple disabilities which affected his confidence and self-esteem, but Panathlon competitions have been the platform for him to flourish – on the field of play, in the classroom and in everyday life.

When Piravien first arrived at Waverley School in Enfield, north London, his teachers described his levels of behaviour and self-esteem as “incredibly low”.

He has the very rare condition of Cat Eye Syndrome (CES – also known as Schmid–Fraccaro syndrome), only has the use of one eye and is also deaf. He has to communicate through limited sign language and uses a Baha implant. He also has severe learning difficulties.

Piravien, who is now 17, used to refuse to wear glasses due to a lack of confidence. His ears require regular operations and he suffers from continual cysts and infections.

Initially, Piravien was so reluctant to engage in school work that he would abscond from class and self-harm. It was Panathlon that provided the spark which enabled staff to engage him.

He found a love of table cricket and was taken on walks in the playground which at that stage was a major breakthrough. From there, he joined his Waverley team-mates at his first Panathlon competition and has since become a passionate member of the team, contributing to Enfield’s second-placed finish at the London Multisport Final at the Copper Box Arena in June.

His teacher, Jenny Buck, commented: “His behaviour, concentration, social skills and physical responses have all significantly improved. He is a highly valued member of the table cricket team.

“Trips out representing the school increase his self-esteem further and give him a fun challenge and quality of life.”

The skill and guidance of staff at Waverley, and his engagement in Panathlon, have led to Piravien becoming a calmer, happier student who loves to learn.

He has begun work experience one day a week in a local charity shop and has set himself a goal of going to college in two years’ time.

As Mrs Buck said: “For Piravien to be targeting a place in college is a remarkable situation considering where he was two years ago before joining Panathlon.”