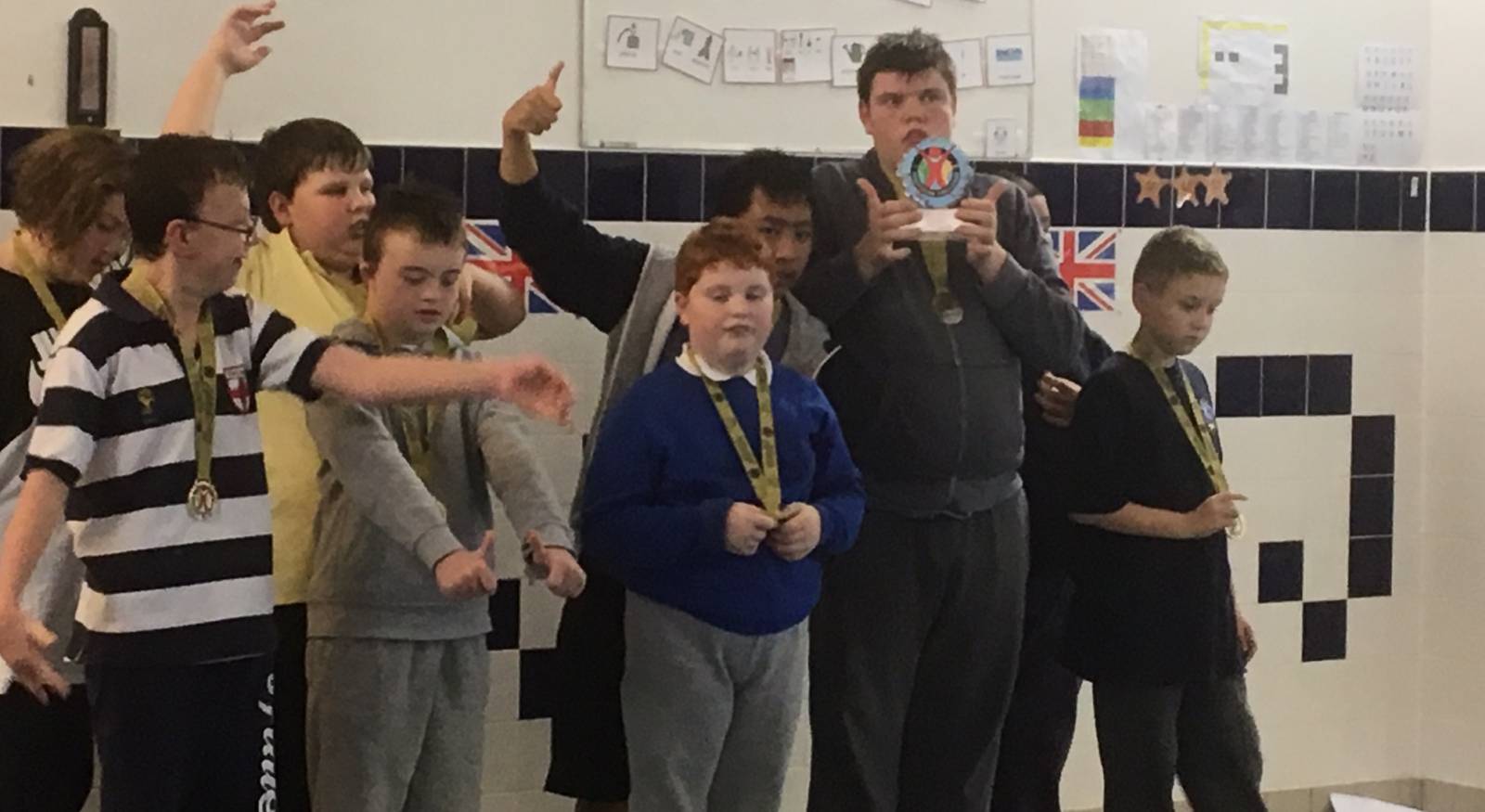 The new Panathlon year has started with a bang, with Merseyside spearheading a 2017/18 calendar packed with exciting events.

Steve Sullivan, based at Greenbank Academy in Liverpool, is now part of the Panathlon team, working two days a week to increase our reach in Merseyside. Having Steve on board in the North West has already seen all six Merseyside boroughs in action, with 268 children in total competing.

First up, 94 children took part in a PD/SLD football event held at Greenbank, followed by 20 taking part in a girls’ football tournament.

The gala was open to low ability swimmers or non-swimmers. They raised their confidence and swimming ability in a fun competition which included raft races, treasure hunts and relay races.

The event was supported by Greenbank Sports Academy staff and volunteers.

Laura Jones, Lansbury Bridge teacher, said: “This is a great experience for the children to compete in a swimming event. It is very rare for swimming to provide this kind of opportunity. It is an opportunity to see others from the area participate, and enables them to showcase their talents, learning and progress they have made.”

Steve Sullivan said: “These events helps the development of the sport across Merseyside. They allow children who are missed out in the system to be part of a swim gala and show they too can enjoy water.”

Panathlon Chief Operating Officer Tony Waymouth said: “It’s great to be on Merseyside again and see the schools and boroughs becoming involved so much. It enables a range of abilities to participate and the atmosphere amongst all boroughs supporting fellow competitors is terrific.”

On October 9, 30 children from schools across Merseyside took part in the first Power Hockey tournament of the new academic year. Broadgreen International School (Liverpool) were the Division One winners, narrowly defeating Sandfield Park A team 2–1. In the Division Two division final, Lansbury Bridge A (St Helens) defeated their B team by same score of 2-1.

October 12 saw over 70 children from eight schools across Merseyside take part in the first dodgeball tournament held as part of the Merseyside Schools Disability events programme. Winners on the day included Crosby High (Sefton) in the advanced section, Alt Bridge B (Knowsley) in the intermediate section and Sandfield Park A (Liverpool) in the novice section. The event was supported by students from Greenbank College and LJMU foundation degree course.

Kerri O’Reilly, teacher at Alt Bridge, said: “A massive thank you for all the fun the children had. The kids absolutely loved it and were buzzing when they all got back to school. More please!”