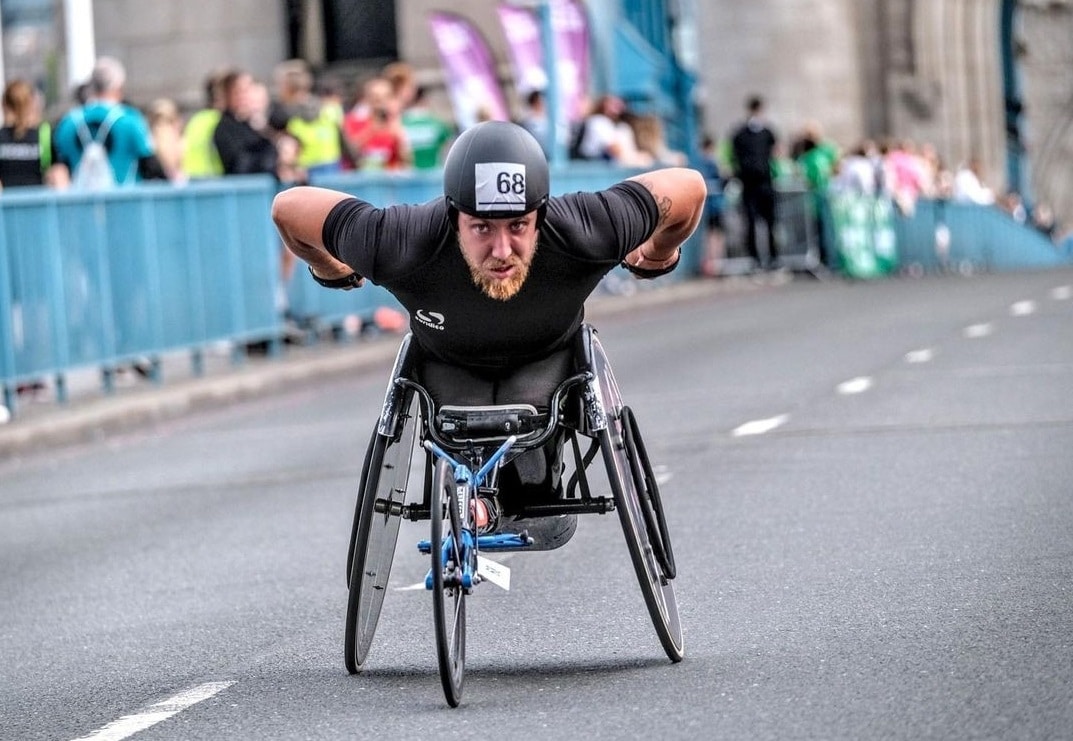 Great Britain star Michael McCabe says he “may never have become a wheelchair racer” if Panathlon hadn’t given him the opportunity to fall in love with sport at school.

Michael, 24, is ranked fourth in Britain, top 10 in Europe and in the world’s top 20 wheelchair racers across all distances from 100m to marathon.

He won bronze in 2014 and 2015 at the IWAS World Junior Games in the 1500m. Most recently, Michael finished fifth in the Great North Run and won the 200m at the BWAA Grand Prix series event at Stoke Mandeville Stadium.

He traces this great success as a racer back to his first opportunities in competitive sport – when he represented St Giles’ School and the London Borough of Croydon in Panathlon competitions almost a decade ago.

“Panathlon is where I fell in love with sport. I am honestly not sure I’d be racing now if I had never done Panathlon,” he reflects. “That’s 100% where my dream of becoming an athlete began.”

Michael won our showpiece Panathlon London Final at the Copper Box Arena in 2015 with the Croydon team. His favourite events were polybat, table cricket and of course the wheelchair relay.

“I always absolutely loved Panathlon,” he adds. “You just can’t beat it. It was my favourite thing when I was at school.

“I loved representing the school and Croydon. I’m a really competitive person and I loved taking on other schools and Boroughs.

“I competed in the London Youth Games but Panathlon was the best thing. It was outstanding. If you asked me to go back and take part in a Panathlon now I would be there like a shot.”

Michael now represents Velocity Sutton & District Athletics Club when racing on the circuit. His next target is to climb above Panathlon Ambassador Nathan Maguire and the legendary David Weir into the British top three and qualify for funding.

Nathan, who attends many Panathlon competitions and conducts Q&A sessions with SEND pupils, is a good friend of Michael’s as well as a rival on the track and road.

He chuckles: “I raced Nathan last weekend at the Great North Run and he beat me by two seconds, just outsprinting me at the end. I’ll get him next time, don’t worry about that!”

MIchael finished his second London Marathon by knocking 8 minutes off his previous time and was 13th in the Mens T53/T54 in 1.37.09.

Croydon have been crowned Panathlon champions after winning a thrilling London final in the Queen Elizabeth Olympic Park. 175 disabled students from 19 London schools battled it out at the Copper…