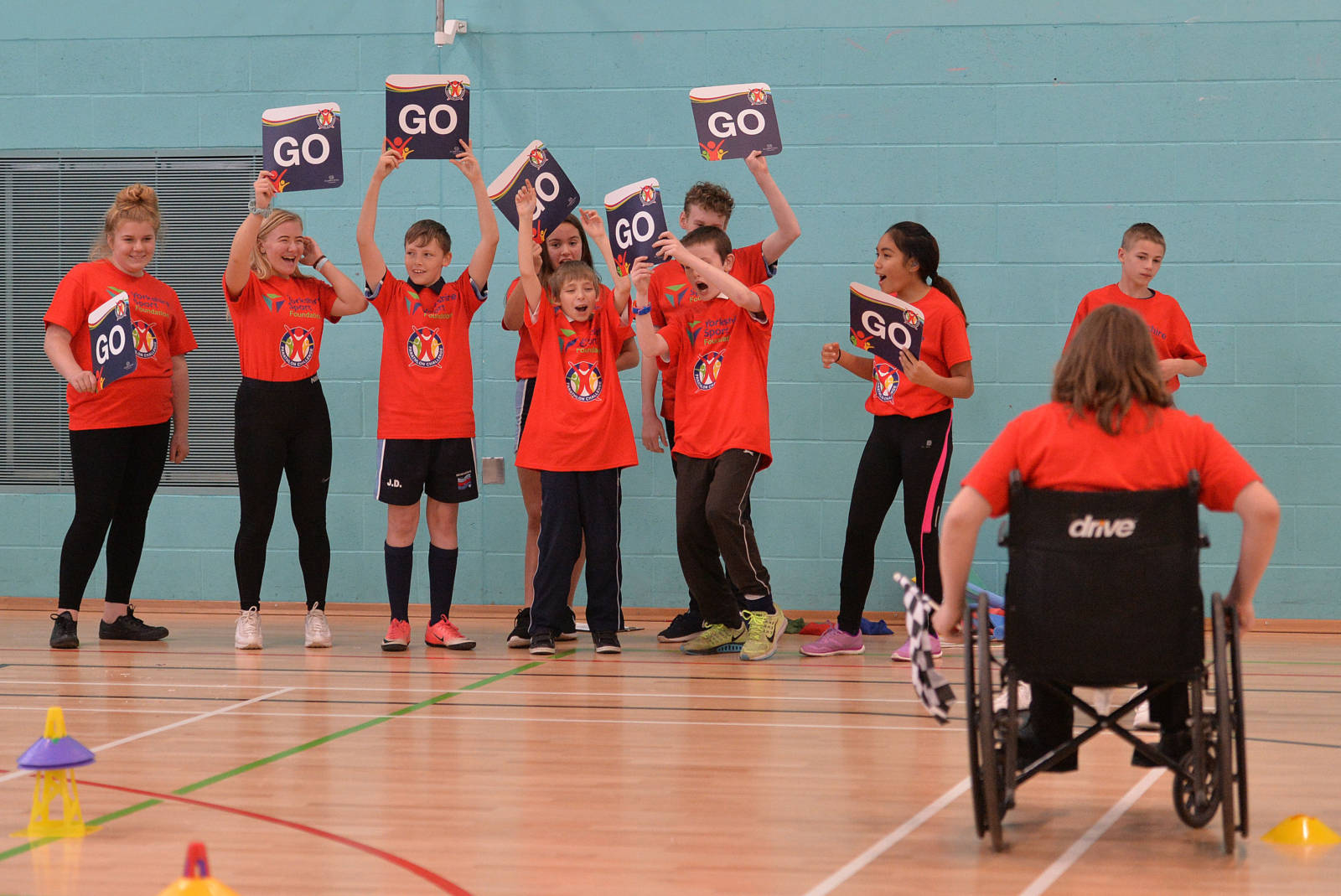 New research has proved how Panathlon is meeting key criteria of the Government’s ‘Sporting Future’ strategy.

Compiled during a series of interviews with participants, teachers and carers at Panathlon events during the summer of 2017, the research from the University of East London (UEL) demonstrates how participation within Panathlon improves the physical and mental wellbeing of young people.

It also provides evidence of how Panathlon – which this year provided 305 events for more than 13,000 pupils across 33 counties – enables personal development, for example around the resilience and motivation of young people, and social development since it provides access to wider networks and peer groups, increasing the confidence of participants for everyday life.

• PHYSICAL WELLBEING: A physically-impaired student from Suffolk who is described in the research as being inactive because there were not many activities at school to suit her needs, reported improved co-ordination and fine motor skills after becoming a regular member of her school’s Panathlon table cricket team. She said: “I find it a lot easier to co-ordinate my hand with my eyes, to know exactly what I’m doing, when I’m doing it and how I’m playing the table cricket ball.” A teacher from a Primary School in Birmingham noted the case of a 10-year-old pupil who has cerebral palsy and diplegia of the lower limbs. The teacher said: “The pupil’s introduction to such a range of activities and competitions from an early age through Panathlon has given him the skills to enhance his ability and embrace different physical activities offered to him.”

• MENTAL WELLBEING: Students from Croydon said that the opportunity to compete at venues such as Wembley and the Copper Box at the Queen Elizabeth Olympic Park helped them to feel good about themselves “in terms of feeling important” and “like a star performing in a top-class venue”. Others felt they “have achieved something in life” due to being awarded a medal at the end of the competitions. One teacher reported that students “would wear their medals around their neck for a week, as it made them feel proud and ecstatic that they have won something”.

• INDIVIDUAL DEVELOPMENT: Numerous students and teachers in the research, report how access to Panathlon events has encouraged them to lead an active lifestyle, whereas previously they did not think they would be able to participate in sport. One student said: “Panathlon gave me the confidence to believe that I can take part in sport; I just have to do it in a different way”. The events have also helped children to overcome behavioural difficulties, become more resilient and develop coping strategies. One teacher said: “As Panathlon is regarded so highly amongst our students, it helps them to concentrate in class, because they want to be part of the Panathlon team; it is a massive part of their lives.” A student said: “Panathlon teaches you that it is okay to lose; it’s about how I come back stronger, and make myself better in that particular area.”

• SOCIAL DEVELOPMENT: Competing alongside disabled pupils from other schools and meeting other teams and people, including teachers and volunteer Young Leaders, increases the social skills of Panathlon participants. One student said: “Getting us to achieve and going up to receive our awards makes us feel part of the overall community. It gives the non-disabled students a chance to see what we can do.” Meanwhile one participant from West Yorkshire, who has cerebral palsy, gained skills to lead others in Boccia and new-age kurling. “As a direct result of this training, the student now helps to coach younger students at extra-curricular clubs.”

The criteria represent four of the five key social outcomes which lay behind the Sporting Future strategy, published in December 2015, which in turn informed Sport England’s ‘Towards an Active Nation’ strategy (May 2016). ‘Towards an Active Nation’ outlines public spending policy for sport and physical activity over the next four years and focuses in particular on tackling physical inactivity amongst ‘harder to reach’ groups in order to create the social outcomes described above.

This new research builds on the previous findings in 2016 from the University of East London which found that Panathlon is ‘filling a gap’ to help disabled young people get active.

For further details of this research and the longitudinal study that UEL has been conducting on the benefits of the Panathlon Challenge, then please contact Richard Hunt, Principal Lecturer, Department of Sport & Bioscience at the University of East London.

Panathlon aims to have nationwide coverage by 2020 and benefit over 20,000 young disabled people each year.