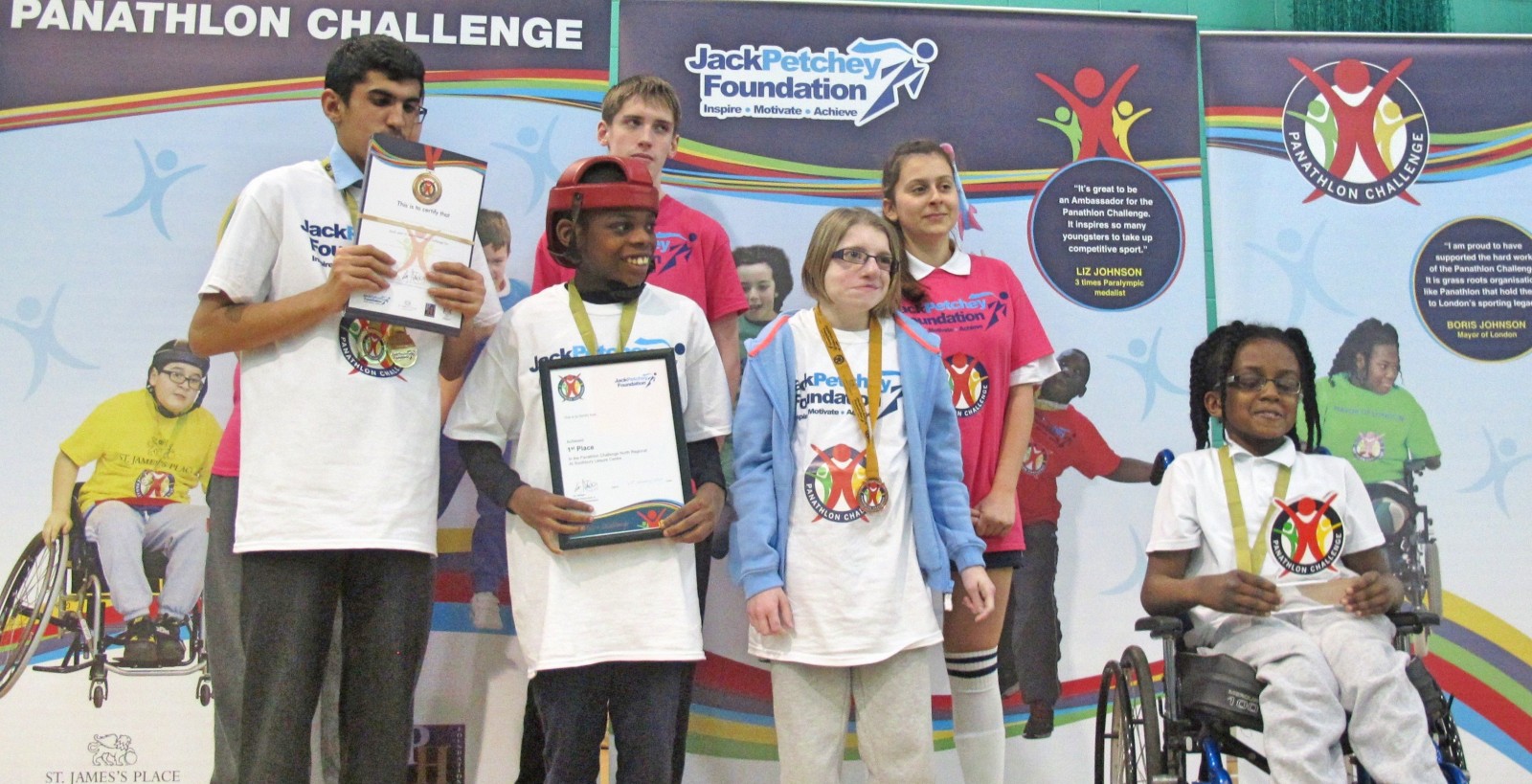 Enfield won the competition with a dominant display particularly in athletics, both track & field. The competition was close with 2 teams having only one point to separate them, Haringey just getting past Camden, to take the other Champions Final place. It was great to see so many Panathletes in wheelchair’s today with 26 in wheelchairs & powerchairs from the 106 involved in the competition.

Notable performances were Haringey’s 6 points in one end of Boccia; a stunning feat! Camden’s 309 runs in the Table Cricket Gold Medal match & Mehmet from Enfield standing long jump of 2.04 metres.

The closest competition of the day came in the Kurling with a 3 way tie between Enfield, Barnet & Camden. Enfield took the gold due to having the most points scored in their games with 8 points, to Barnet’s 7 points & Camden’s 5 points.

One of the Camden Teachers commented, “Panathlon was well organised and lots of fun for our kids. The only missing ingredient from today was music, cheerleaders & fireworks? It had everything else.”

Dor Williams, Waverley School, Enfield, “We had a great time playing against the other boroughs. It was fantastic to see our students mixing with all the other students from other teams, and doing some great independent sports.”

We look forward to seeing all these teams again. Enfield & Haringey in the Champions Final. Camden & Barnet in the Plate Final come March.