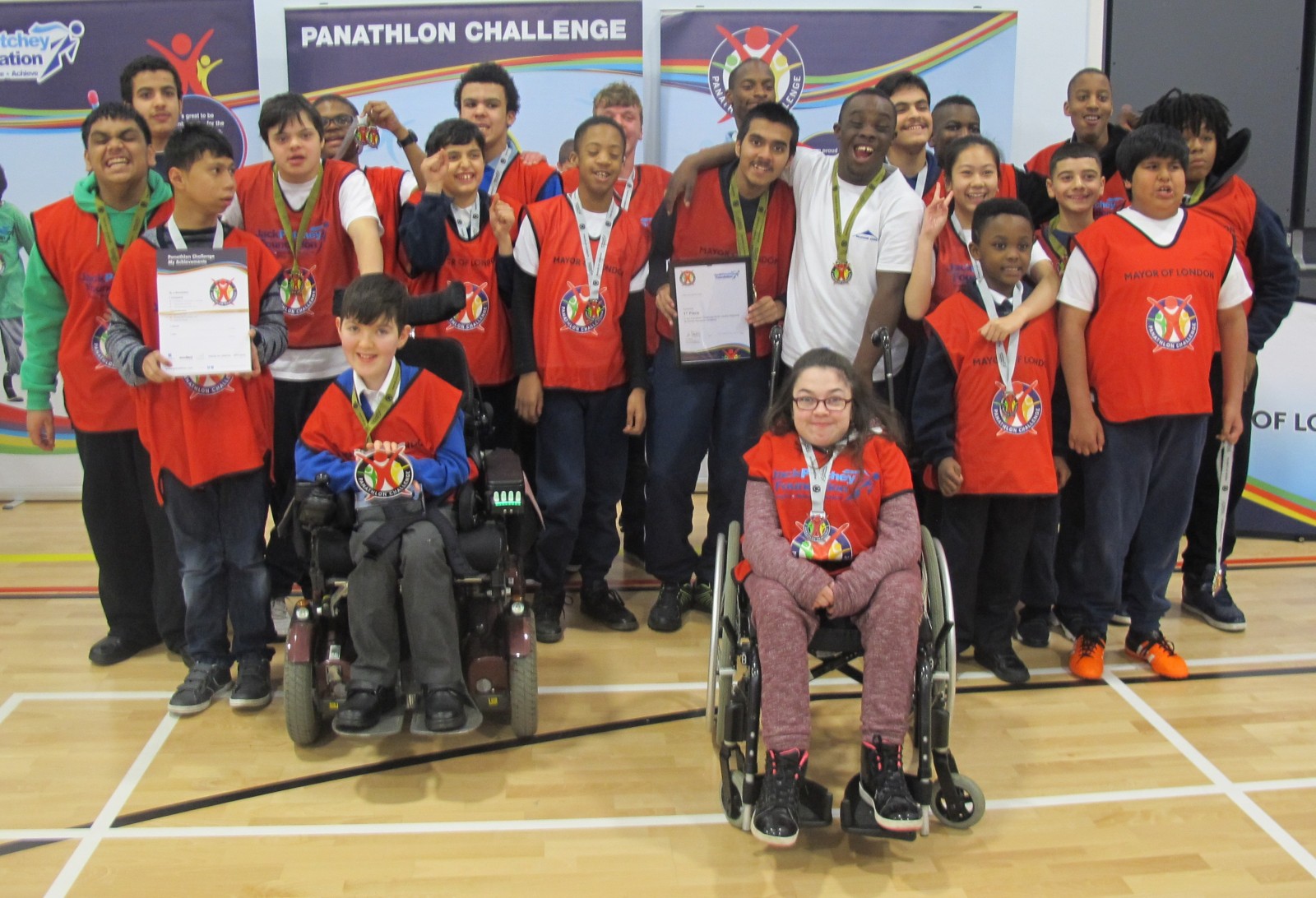 It was our first competition held at Quintin Kynaston Academy (QKA) and the competitors and staff enjoyed the friendly welcome they received from the academy.

Last year Brent won the Plate Finals and H&F got through to their first ever Champions finals and this good form continued. The competition was close between H&F and Brent with both trading victories and at lunch, before the field athletics result was announced, the teams were tied.

Outstanding team performances of the day included Brent’s Table Cricket team scoring 310 runs in one of their matches, and, also Brent’s Boccia team scoring a 6-0 end in one of their matches. Outstanding individual performances included Camden’s batsman 3 scoring 26 runs in one over including 3 sixes, Will from Brent’s seat shot putt throw of 12.9 metres, the second furthest throw in the Book of Records, and, Jamie from Hammersmith & Fulham powerchair slalom of 36 seconds. Pictured right with his gold medal. 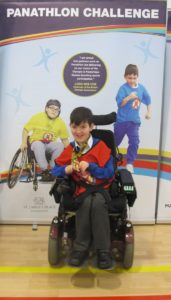 A full breakdown of the scores here.

Congratulations to Hammersmith & Fulham’s team who won both athletics disciplines to take the competition. H&F and Brent are going through into the Champions finals. H&F will come up against another strong challenge from Brent & also Enfield in the next round on Tuesday 1st March.

For Brent, this represents the next step up, like the Redbridge players in East London, who moved from Plate Winners one year into the Champions competition the next. 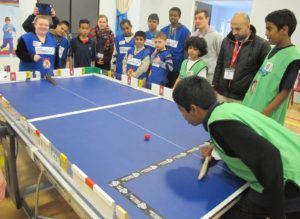 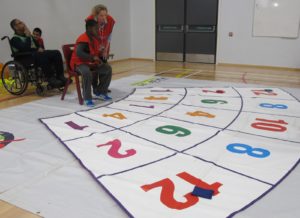 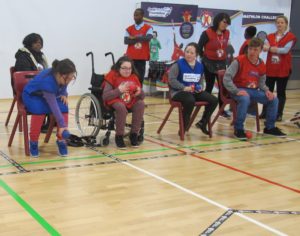 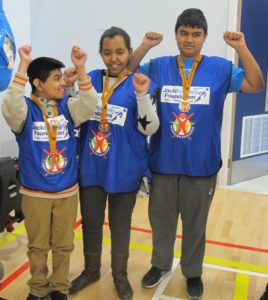 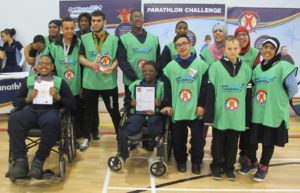 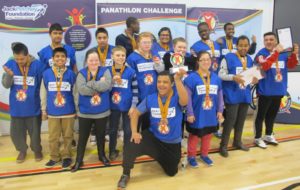