A total of 38 children competed from six local junior schools, with 17 MLD leaders from Corby Business Academy. The leaders helped describe, demonstrate and officiate each of the eight sporting activities on offer.

At the start of the day, Barry Primary School put in fantastic performances in both flight path and table cricket. Meanwhile, Rowan Gate School looked strong across the board and Beanfield were proving to be a quick team after posting the fastest time on parachute popcorn.

The scores at the end of the day were extremely close with only three points separating the top three teams, but it was Rowan Gate who were crowned champions, ahead of Beanfield in second place and Billing Brook in the bronze medal position.

Mrs Kimber of Barry Primary School said: “All sports today were accessible for our students in wheelchairs and we’ll certainly be taking some of these ideas back to school for PE lessons.”

Thank you to the Bulldog Trust who supported the event. 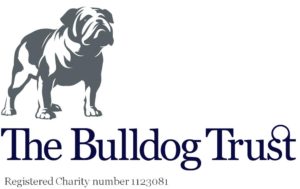