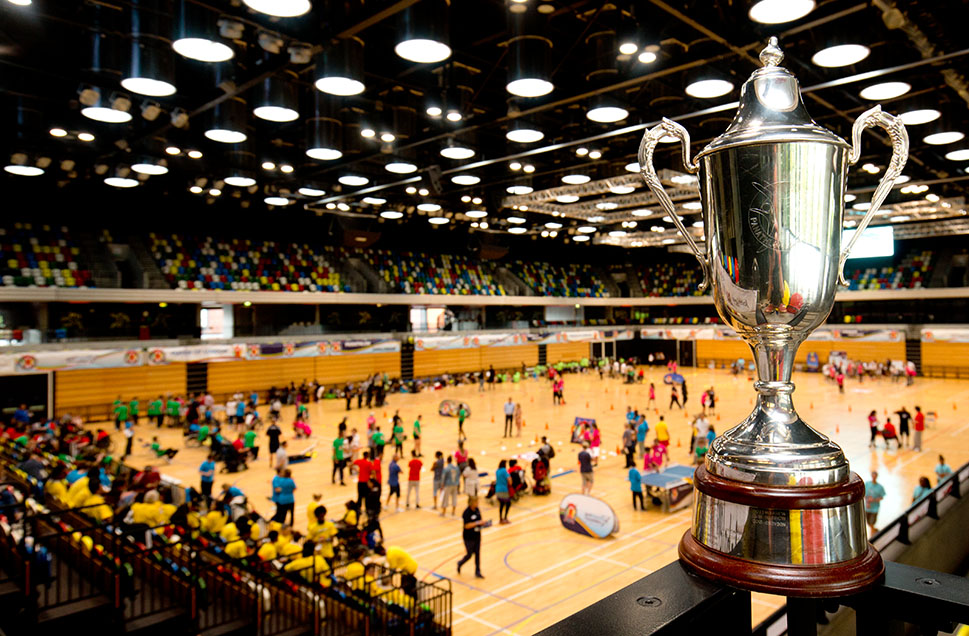 After 16 qualifying competitions involving 1,240 participants from 105 schools across London, we now know the eight teams who will make up our showpiece London Finals at the Copper Box Arena on June 14.

The last remaining places for the end-of-year extravaganza at the 2012 Olympic and Paralympic venue were decided at Monday’s South London Final and Tuesday’s West London Final.

The winners were Croydon, who qualified for the Champions final, and Bexley who made it through to their first Copper Box Final in the Plate competition.

At St. Mary’s University on Tuesday, Team Sutton (who haven’t qualified since 2014) reached the Final as Champions and Merton also will join them on the day in the Plate competition.

Sue Fergusson, from Sherwood Park School in Sutton, said: “The Panathlon Challenge competitions are one of the highlights of the year for our pupils.  Panathlon has become an important part of our school life, as we now have twice weekly Panathlon lunchtime clubs to train the pupils that attend the competitions but also to give other pupils the opportunities to participate.” 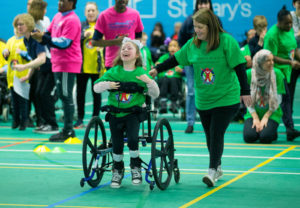 Earlier this month, defending champions Barking & Dagenham made it through again in grand style at the East London Final, and Enfield will join them in the Olympic Park in June having triumphed in the North London Final.

In the Plate competition, Waltham Forest made it through to their first final from the East London qualifier and Harrow from the North London Final.

Liz Johnson, our Ambassador and Paralympic Champion said: “It was fantastic to visit some of the semi-finals this month and I’m always amazed by the level of competition in trying to achieve a place in the Olympic Park finals in the summer.

“Chatting to various of the teams, I know they are all planning lots of practice over the coming months to enable them to compete at an even higher level in June. I look forward to seeing the finalists again on June 14th!”

All results from this year’s competitions can be seen here.

Georgina Hart, pictured left, a gold medal winning competitor from the victorious Barking & Dagenham team, said: “It’s fantastic to win and go back to the Olympic Park in the summer. I can’t wait!”

Georgie was also featured on Sport Relief on Friday 23rd March for her work in anti-bullying workshops as well as ‘club throwing’ achievements at her local athletics club. Well done Georgie and we look forward to seeing you in the final in June.

All the teams had competed already in the first round events which took place in January and February. A gallery of pictures from earlier rounds can be viewed here. 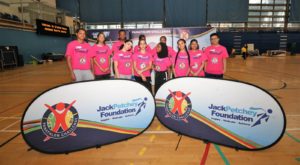 Since last September we have been training Young Leaders across London and then deploying their skills at the 16 qualifying competitions. Fifteen schools and two Universities have been involved supplying over 250 Young Leaders.

One of our Young Leaders – Aaron from the University of East London – said: “This is great experience to be in this environment, working with children with disabilities. It’s a real eye-opener to how I can improve as a coach, to enable me to include everyone in future sessions I run.

“It’s given me some understanding and some adaptations I can make, to make my coaching more inclusive going forward.  The sport today has been played in a great competitive spirit!”

We congratulate all competitors this year and wish all teams well in their preparations for the London Finals in June! See you in the Olympic Park!